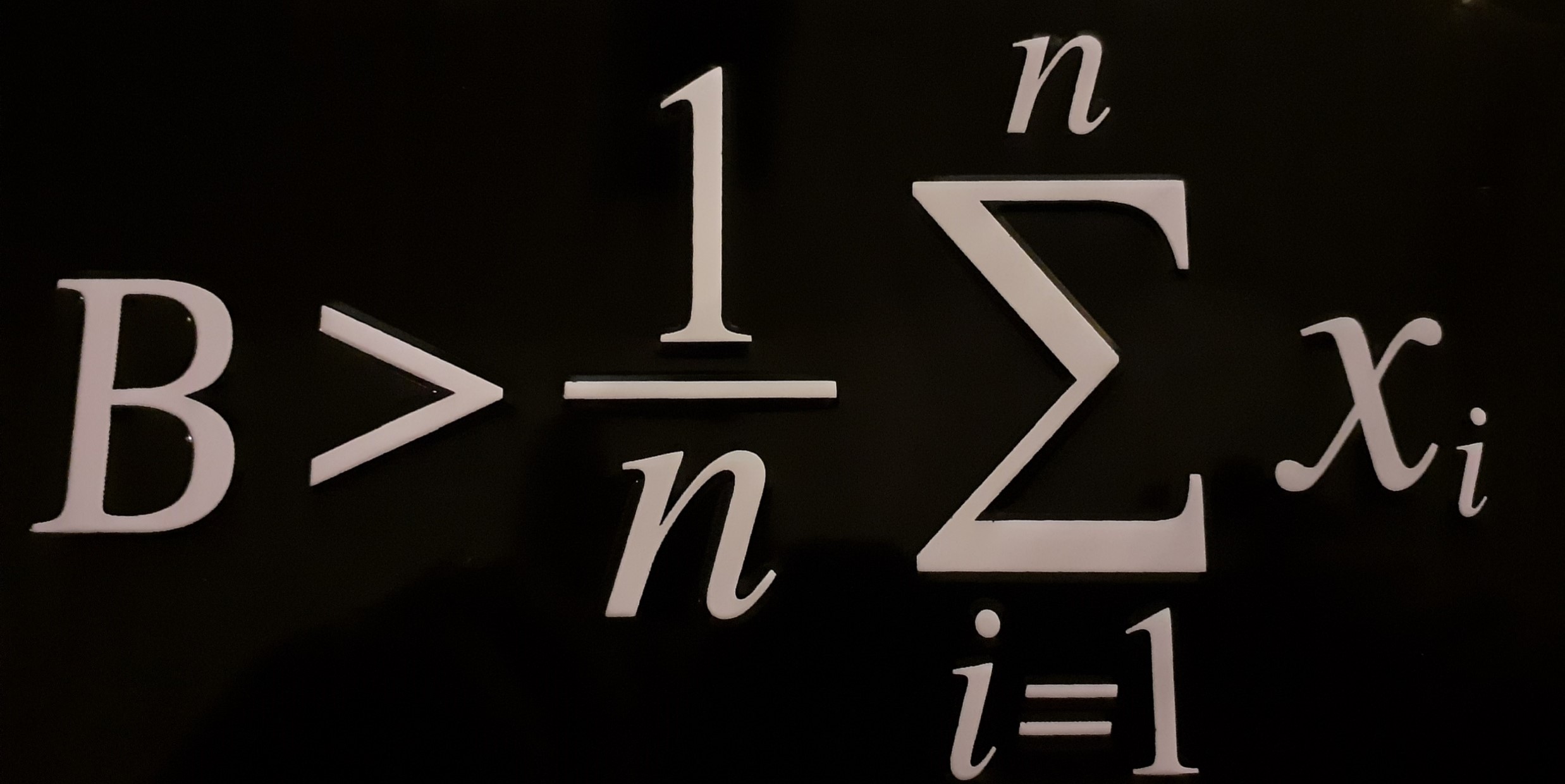 Just as modern Homo sapiens distinguished themselves from their prehistoric ancestors through their expanded cognitive and physical abilities, humanity is in the process of taking another big leap forward in cognition and physiology. This leap, however, won’t be due to evolutionary biology but rather as a direct result of technological enhancement. This era of Homo Augmentus is not quite as distant as you think. By the time we reach the 6G era 10 years in the future, the level of hyperconnectivity we’re witnessing today will move beyond simply linking ‘things’ and extend directly to the human body and mind. These new advances in human augmentation will in turn drive unprecedented levels of human and economic productivity.

What is more, the technologies of Homo Augmentus will be broadly accessible, helping people solve everyday problems, manage their work and personal lives as well as manipulate the environments they live in. Science fiction has taught us to think of augmentation on a spectacular and often disruptive scale – high-tech implants fused to the body that allow people to perform superhuman feats. But the technology that augments us can function on a much subtler level. It can help us cook a meal, avoid an accident in traffic, recall a distant memory and keep us healthy.

THE DIFFERENT TYPES OF AUGMENTATION

It is easy to think of human augmentation as an intimate physical technology: a prothesis to replace a limb or a surgical procedure to correct a physical deficiency. Homo Augmentus future that reaches far beyond the confines of the human body, giving us control of robots and devices that become remote extensions of ourselves. Augmentation won’t just compensate for disabilities; it will enhance our physiologies and monitor our bodies. Augmentation will no longer be limited to physical tasks; it will increase our cognitive abilities and memory, enhancing our minds as well as our muscles.

To that end, we can classify augmentations as either external or internal and either cognitive or physical:

These technologies will enhance our minds. Internal cognitive augmentations will improve our mental focus and expand our memory as well as increase the speed at which we make decisions, learn new tasks and plan our daily lives. This will be accomplished by artificial intelligence intimately coupled to humans through physiological interfaces. For instance, sensor augmentations might record everything you see and hear, while an AI-powered digital assistant would sort through those virtual memories, extracting the right information you need at any given moment.

External Cognitive Augmentation: These technologies will seek to extend the domain of control of our brain far outside our own bodies. Through physiological interfaces, these enhancements will allow us to perceive the world through external artificial sensors and control remote objects (both physical and digital) as easily as we control our own bodies.

Internal Physical Augmentation: These technologies will repair, monitor and enhance the workings of our inner bodies. Eventually this technology may be able to replace any failing internal organ, but the greatest impact will be from the devices that provide continuous monitoring of our physiology. That would allow us to detect diseases and intervene before they become intractable, as well as track and manage epidemics. If we chose, these same devices could not only sense but enhance, pushing our physiology to its very limits, allowing for both super-athletes and super-safe workers.

External Physical Augmentation: These technologies are the ones we most often associate with augmentation. Tools and machines that humans have used for centuries will become intimately coupled with the body. From prosthetic limbs to exoskeletons, these technologies could make us faster, stronger and more resilient. It’s unlikely that people would use powered limbs while going about their daily lives, but they would have their uses in industry and special situations.

THE ENABLING TECHNOLOGIES OF HUMAN AUGMENTATION

To achieve this state of Homo Augmentus, we need to turn to a wide range of technologies; new ultra-sensitive sensors and new physiological interfaces for articulating our desires and actions. Edge cloud computing and AI/machine learning techniques to process and interpret the tremendous amount of information our augmentations generate in real-time. New types of networks that allow our augmentations to connect and interact with each other and the outside world.

First off, we aim to perfect the Brain-Machine Interface (BMI). Faster, more efficient and more intimate ways for our minds to relay their intentions to our physical and digital environments, beyond typing on a keyboard, moving a mouse or swiping a touchscreen. The direct neural probe is probably the most extreme example. Probes inserted into the central nervous system would give direct electrochemical access to neurons, allowing human beings to control their augmentations in precisely the way their brains control muscle movement. But it is unlikely that the average person with full motor function would subject themselves to the surgery required for direct neural interfaces.

Thankfully there are many non-invasive ways to create a brain-machine interface using sensory and motor pathways. Our nervous system extends to every part of the body, carrying muscle control and sensory input signals to and from the brain. These pathways can communicate with the brain. Any sensory system could be used for input: hearing, vision, touch, taste, smell. And output could be read anywhere there is a strong enough electrical signal. For instance, electroencephalogram (EEG), electromyograpy (EMG) and electrooculography (EOG) technologies could detect and transmit electrical impulses from the brain, muscles and eyes respectively. Anywhere there is detectable body motion, there is a potential input mechanism: direction, orientation, acceleration can all be used as cues. The subtle physical gestures is taken for granted to communicate with other people can be captured and digitized to enable natural interactions with machines.

Even an ideal BMI, however, would have no idea how you feel. Personal sensing devices today can tell you your heart rate, core body temperature, maybe even your blood pressure, but they would have no idea, for instance, that your blood is surging with inflammation biomarkers racing to stave off an unwelcome pathogen. Advanced biosensors that measure across the multiple modalities of our physical states will be needed. Bioelectrical and biochemical sensors can monitor our basic biological functions, from neuronal activity to basic cellular function, as the body is literally alive with electrical and chemical signals. Bioacoustics and biomechanical sensors that can tap into the non-stop motion within our bodies. Whether it is a heartbeat, an inhalation of air, the chewing of a delicious snack or the grind of a never-stopping digestive system, the body is literally shouting out its current state for those able to hear it.

The body is not only sensitive to light, but many of its processes can be unobtrusively probed from a distance with light. Photoplethysmography (PPG) and pulse ox are standard bio-optical sensors today, but they herald a new generation of sensors such as Optical Coherence Tomography (OCT) and photo-acoustic imaging that can probe deeper, faster and with higher resolution into human physiology.

Creating these advanced sensor and interface technologies are key steps, but an equally important is optimizing their form and material makeup. Human-made technology is very seldom compatible with humans themselves. Obtrusive, bulky and uncomfortable augmentations would only offset the benefits those augmentations bring. It is needed to develop biocompatible materials that integrate naturally with the human body, whether they are wearable accessories woven into clothing or implanted on or directly below the skin.

None of the innovations presented so far would by themselves enable the oncoming wave of human augmentation. In much the same way the internet has connected billions of individual computers and devices to create something far greater than its constituent pieces, to build personalized networks that can intelligently connect the devices we wear while providing the low-latency, high-fidelity, private and secure communication needed to connect our physiological, physical and digital worlds. This will be the role of Body Area Networks (BANs). These networks will aggregate sensor data from multiple sources on our persons and in our environments. They will infer a deep and accurate understanding of our physiological and psychological states and our environmental contexts, then relay real-time feedback from one system to another. In addition, BANs will provide the distributed computing and energy resources to power our devices wirelessly over extended periods of time. No individual devices as so much but a highly integrated, interdependent and persistent augmentation web.

OUR AUGMENTED FUTURE, BOTH NEAR AND FAR

Through brain-machine interfaces, biosensors, biocompatible materials and body area networks, coupled with emerging AI technologies and advances in 6G communications to achieve the level of augmentation described at the beginning of this essay. Enhancing minds and monitor physiological states through cognitive and internal augmentation, and perform new physical feats and manipulate our environments through external and physical augmentations. The greatest obstacles in realizing  Homo Augmentus future is the creation of the personal networks that can connect these highly heterogenous interfaces to our physiology and weaving our complex biological data into meaningful insights and actionable feedback.

But the innovation path of augmentation doesn’t necessarily stop there. In the distant future humans may reach a point where genetic augmentation and biosynthetic systems fused to our biology turns our species to be much different than the humanity as known today. In that future, Homo Augmentus might truly come to represent a new step in human evolution, as human physiology would have undergone similar radical changes to the shift from Homo Erectus to Homo Sapiens.

Human augmentation will bring tremendous benefits to people and society, boosting our capacity for knowledge and leading to new gains in productivity. Unobtrusive augmentations will enable us to be more connected to the people and things we care about most and ease the stresses caused by the banalities of our chaotic modern world. Will the next phase of human existence towards turning humans into techno-cyborgs. Ultimately Homo Augmentus will allow us to be more human(??).