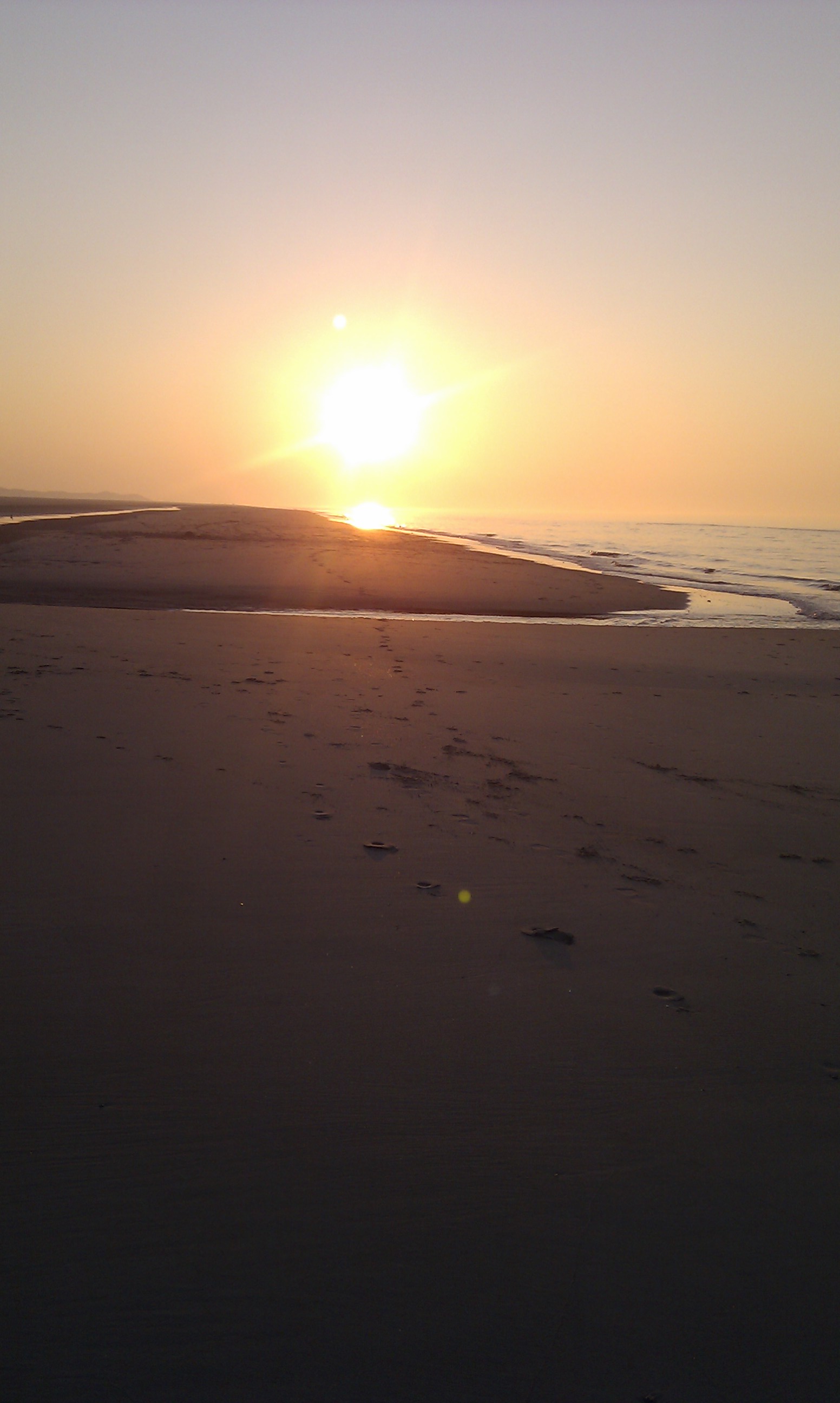 Living in society has existed since the dawn of human civilization, the history of human society has been characterized by the release of restrictions and the acquisition of freedom through improved capabilities. Moving from hunting society to rural society, humans gained and increased the capacity to produce food, which freed them from hunger. With this, since the existence of Homo Neanderthals and later Homo sapiens, the concept and style of society has been changing over time, evolving with its ways of dealing with different aspects and situations.

All life, including human life, ultimately depends on the wellbeing of our host planet as a vast, interconnected, synergistic system. Without life, the face of the Earth would motionless and inert.  The biosphere is a profoundly dynamic place, with a vast variety of living organisms interacting with one another.  Natural and human systems can behave in complex ways, including abrupt changes and threshold behavior. The understanding of interlocking Earth system cycles and human interactions becomes of upmost importance at a time when the relationship between humans and our biosphere is becoming ever more precarious.

The classical laws of thermodynamics might be appropriate to closed systems, but not necessarily to open systems such as living things. Our Technosphere, as an overshoot of the biosphere, has enabled a life of abundance for a minority of the world’s population, whilst a majority is still waiting to benefit. But there is another profoundly systemic problem: today the vastly expanded human economy is essentially linear, ecological externalities are largely unaccounted for, with dire consequences for future life. The Technosphere is, in contrast with life, inanimate and profoundly lifeless. As a linear system, it operates according to its own entropy-driven dynamics.

Urbanization, now on an unprecedented scale, is a major contributor to the systemic clash between biosphere and Technosphere. As cities expand geographically, they encroach on the realms of the biosphere, usurping ever-larger living landscapes and paving them over with tarmac and concrete. Modern cities, and their technology-driven economies, could be described as ‘entropy accelerators’ – continuously downgrading the resources they require in the process of using them. A key question that needs an urgent answer: how can we rapidly replace high-entropy urban energy and production systems with low-entropy, renewable energy and (re)production systems?

We need to get to grips with the fact that the Technosphere, in its current form, clashes with the functional principles of the biosphere, an organic, ecologically defined system. The second law of thermodynamics tells us that the processes at work in the Technosphere are defined by entropy – erosion of quality. By contrast, in the biosphere negentropy – or sustained order – prevails.

As the blending of technology and humanity into a meta-organism is inevitable, how can we assure a future of regenerative mutual survival? To try and align Technosphere and Biosphere is a historic challenge in this age of the Anthropocene.

This challenge will repeatedly test the resilience and adaptability of communities, states, and the international system, often exceeding the capacity of existing systems and models. This looming disequilibrium between existing and future challenges and the ability of institutions and systems to respond is likely to grow and produce greater contestation at every level.

In this more contested world, communities are increasingly fractured as people seek security with like-minded groups based on established and newly prominent identities; states of all types and in all regions are struggling to meet the needs and expectations of more connected, more urban, and more empowered populations; and the international system is more competitive and at greater risk of conflict as states and nonstate actors exploit new sources of power, resources  and erode longstanding norms and institutions that have provided some stability in past decades.

Unlike at other times in history, we now live in a society that is a threat to itself. Crises and catastrophes that are, in some fashion, the result of our way of life. There is an increasing sense that we lack control over the world, which seems to carry on beyond the limits of our political will, in other words, beyond our ability to govern it, to implement necessary transformations, limiting risks and making its development more balanced. Society interprets the crisis as an anomaly after which the previous normality must be re-established.

The metaphor of the crisis refers to an infrequent malfunction, suggesting that, with the exception of that attribute or moment, the society is stable and balanced. ‘Crisis’ is a term that singularizes a complex situation.  But the reality is very different: the diagnostics that are carried out are full of uncertainties and controversial elements. The scale of transnational challenges, and the emerging implications of fragmen­tation, are exceeding the capacity of existing systems and structures. There is an increasing mismatch at all levels between challenges and needs with the systems and organizations to deal with them. The international system—in­cluding the organizations, alliances, rules, and norms—is poorly set up to address the com­pounding global challenges facing populations.

There is no unanimity about solutions, and we cannot assume that we have adequate instruments to address them. We should not fool ourselves into thinking that we only need determination and political will. Even when we know where we need to go, it is not clear how to make the transition, whether we have the proper instruments, who must shoulder the costs, what interests and values should be given greater weight in the balance. What should we sacrifice and to what extent when there is tension between the interests of different generations, where economic imperatives and health emergencies seem incompatible and the old debates between freedom and security or between growth and sustainability reappear with all their drama? A world that is critical state, with societies and governments that live in greater instability than they seem to be capable of managing. There are reassuring interpretations that view these crises as temporary or exceptional situations, moments of change or inflexion points, but these interpretations are of very little help when it comes to responding to this situation and can make us lose sight of the fact that this phenomenon is enormously complex.

Many of the crises we suffer are not due to simple causalities but to complex realities, they come about in a quick and complex fashion; they involve many interactions between diverse aspects of governance, without respecting bureaucratic and jurisdictional delimitations. It is not possible to establish a moratorium and resolve them in parts. What seemed like a stable solution evolves into new problems that must be resolved in turn. All of that challenges the adaptive capacity of our systems of government, which proceed basically from the birth of modern democracy, the nation state and the industrial revolution: vertical, hierarchical, differentiated and mechanical.

The idea that societies must change is a frequent exhortation, but it does not eliminate the controversy about the direction and shape this change must take; the paradox that society can do so much and yet so little at the same time; it is concurrently so powerful and so fragile. A society that has been constructed in the dualism of nature and culture-society, nature as an artificial construction.  A society that is capable of deploying unprecedented technological power, yet it cannot guarantee development that is balanced in legal, social or environmental terms. The main question is how do we come to grips with dangers that present themselves as sudden emergencies, or with those that are more stealthy until system feedback mechanisms and emergent properties of system transformation produce equally sudden and all-but-overwhelming consequences? The political thought and action we need for global health, global justice, and global political economy is a dialogue between present questions, future possibilities, and past insights and blind spots.

Our Systems Connect Us

The biosphere in which we live is comprised of all of the biological life and the physical environment wherein life exists on Earth. Our biosphere with all its many elements together comprises an amazingly complex, interconnected, and evolving system. The multitude of unique parts — from organisms to oceans, rivers, deserts, plants, and animals — all are connected and collectively contribute to the character and quality of life on Earth as a whole.

We have the capacity to make sense of our place and time in history, to reflect on where we are today in the evolution of our society and where we may be heading. We can re-learn how to become contributive members of the biotic community of Earth. Earth ethics as our guiding principle to achieve increasing symbiosis between natural processes, with their associated ‘natural selection’ forces, and the choices and ‘artificial selection’ criteria that humanity applies to direct it towards that chosen future. This directed revolution to achieve symbiosis between the natural processes that shaped the Holocene with the human pressures that currently, in their unreconstructed state, shape the Anthropocene, would constitute a new synergistic and sustainable epoch: the Symbiocene. This Earth ethics has to do with the ontological condition of interdependence and symbiosis (mutual flourishing) in the systems of life on Earth. Earth as a single complex entity or system that pursues a physical and chemical state of equilibrium which can support life on earth planet Earth as a feedback or cybernetic system of spheres (atmosphere, hydrosphere, cryosphere, lithosphere, geosphere, pedosphere, biosphere and magnetosphere and Technosphere) which self-regulates itself through homeostasis, a constant condition of active control on the dynamic interaction between the spheres and their subsystems. Our planet is noteworthy for possessing geophysical conditions suitable for sustaining complex life forms and ecosystems.

A new moral imagination and a political morality comprised of norms of right recognition and right relationship among contemporaneous human individuals and societies, and between human and non-human beings and systems. These concepts and norms come alive and gain the ability to change human political will and motivation through expression as social practices and social movements. Earth ethics is based on an imperative of human responsibility to protect and promote natural systems so that symbiotic life is abundant and flourishes. Many other species possess agency—even conscious, intentional agency—and affect natural systems to varying degrees. But none have the capability for either sustaining or disrupting natural systems on a scale or scope matching ours. Consequently, the moral duty to promote flourishing life on Earth falls to us. Today humankind is manifestly failing to live up to this responsibility; indeed, it is violating its moral debt to the planet at virtually every turn. The human failure in this regard is a failure of will and of social, political, and economic institutional design. These failures, in turn, are related to a cultural and spiritual failure of the moral imagination. We stand on a threshold beyond which the constitutive features of our economic, political, and moral ways of life will disintegrate, and the task of building them back better will consume and transform the politics and governance of the remainder of this decennium.