FAIRY TALES ONLY EXIST FOR PEOPLE WHO NEVER SETTLE FOR LESS….. 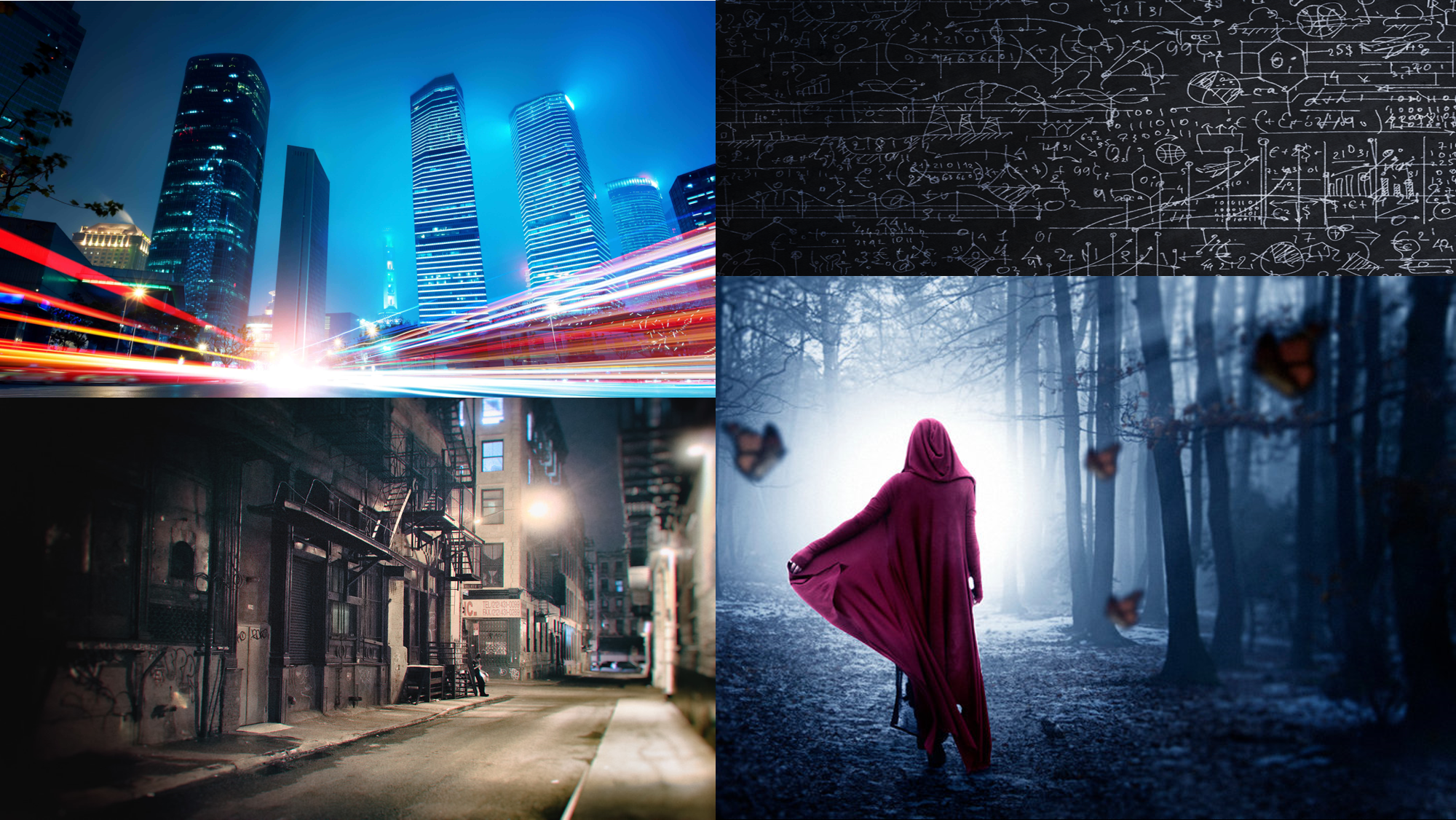 Cities must rethink themselves in the context of planetary change. From a planetary perspective, the emergence and rapid expansion of cities across the globe may represent another turning point in the life of our planet. Our knowledge of the complex nature of the urban system is still insufficient and we need a deep understanding of what is going on in our cities. Cities are being transformed so fast and the transformations are but a surface change hiding processes touching virtually everything from (among others) social networks to physical and functional changes which go unnoticed. The sophistication we discern in the city is similar to that in many natural and man-made systems which we might call complex, and any attempt to imagine it would fail if it is not based on an explanation which is valid for all these systems. From here rises the core of research which relies on a thorough investigation of complexity theory in an attempt to understand cities as complex systems.

We tend to view our built and natural environments as opposing forces. This perceived incompatibility has more to do with lack of understanding urban dynamics than universal law. Far from being static, nature is the process of moving from few to many connections. In this successional process, each stage builds upon the previous stage and creates the conditions necessary for the next. In this way, ecological systems diverge, diversify, as new connections grow, the system expands, new possibilities emerge and the systems evolves over time.

Earth’s atmosphere emerged from the metabolic process of vast numbers of single-celled algae and bacteria living in the seas billions of years ago. These organisms transformed the environment into a place where human life could develop. The evolution of life has completely changed the characteristics of the planet. Can humans now change the course of Earth’s evolution? Can the way we build cities determine the probability of crossing thresholds that will trigger non-linear, abrupt change on a planetary scale? What role do cities play in the evolution of Earth?

To function, life on Earth depends on the close cooperation of multiple elements, the properties of complex networks that supply resources, process waste, and regulate the system’s functioning at various scales of biological organization and evolving hierarchical fractal-like branching. Other characteristics of evolvable systems are flexibility (i.e. phenotypic plasticity), and novelty. The internal plasticity and flexibility of living systems, whose functioning is controlled by dynamic relations rather that rigid mechanical structures, gives rise to a number of characteristic properties that can be seen as different aspects of the same dynamic principle-the principle of self-organization. A living organism is a self- organizing system, which means that its order in structure and function is not imposed by the environment but is established by the system itself. Self-organizing systems exhibit a certain degree of autonomy; for example, they tend to establish their size according to internal principles of organization, independent of environmental influences. This does not mean that living systems are isolated from their environment; on the contrary, they interact with it continually, but this interaction does not determine their organization. The two principal dynamic phenomena of self-organization are 1) self- renewal-the ability of living systems continuously to renew and recycle their components while maintaining the integrity of their overall structure-and 2) self- transcendence-the ability to reach out creatively beyond physical and mental boundaries in the processes of learning, development, and evolution. Each level of biological organization from molecules to ecosystems has characteristic behaviors which emerge at that level. These emergent properties, function synergistically at each level of organization to give that level a life of its own which is greater than the sum of its parts. The capacity for innovation is an essential precondition for any system to function. If systems lack the capacity for innovation and novelty, they may become over-connected and dynamically locked, unable to adapt. To be resilient and evolve, they must create new structures and undergo dynamic change. Differentiation, modularity, and cross-scale interactions of organizational structures have been described as key characteristics of systems that are capable of simultaneously adapting and innovating.

What is the state of a social system? What are its stability domains? Social-system state is everything about a society at a particular place and time – culture, knowledge, economy, technology, perceptions, values and social organization. It is constantly fluctuating in some ways, while remaining more or less the same in other ways. Negative feedback loops keep social systems within stability domains imposed by particular cultural, political and economic systems while processes such as cultural evolution gradually change the shape of the domains. Social systems sometimes experience major switches from one stability domain to another. Social systems have complex system cycles in them self that range in scale from a small part of society to entire nations. Just as the scale varies, the time period of a cycle can vary from a few months to years or centuries. Human cultures also evolve. The mutations for cultures are new ideas. New ideas survive if they fit with the rest of the culture and prove useful. Whether or not an idea survives can depend on the situation. A new idea may survive successfully in one particular culture at one particular time and place, but the same idea may fail to survive in a different culture at a different time and place because it does not fit. Human cultural evolution can be much faster than biological evolution because cultural mutations are not random events like biological mutations. Cultural mutations are ideas that people develop to solve problems, so cultural mutations frequently fit the culture well enough, and function well enough, to survive and become part of the culture.

Social systems are autopoietic systems which use communication as their characteristic form of autopoietic generation. Policies can change dramatically during social system cycles. Policies are well developed and often rigid during equilibrium. During dissolution, people question existing policies and reject them as inadequate. New policies, even radically new frameworks, are formulated during reorganization.

The arrival of an intelligent responsive environment ads another factor, especially one containing autonomously mobile agents, requires changes which must affect people. This will inevitably bring the needs of the digital agent into conflict with the needs of the individual or society, just as cars require roads and regulations which gives them effective rights over people in some circumstances. Ambient intelligence systems may also require changes in human behaviour. Given the expected complexity and scale of a city’s ambient intelligence, there are likely to be many contexts in which we cannot distinguish between human-originated and self-determined needs of digital actants. It is likely that some needs will arise via a combination of human-originated and self-determined needs. It is likely that many human goals will be accomplished via methodologies which were self-determined by autonomous systems

To understand coevolution of human-natural-technological systems will require advancement in the evolution and social theories that explain how complex societies and cooperation have evolved. These coupled human-natural-technological systems are not governed only by either natural selection or human ingenuity alone, but by hybrid processes and mechanisms. It is their hybrid nature that makes them unstable and at the same time able to innovate. This novelty of hybrid systems is key to reorganization and renewal. A high degree of nonequilibrium is absolutely necessary for urban self-organization; living organisms are open systems that continually operate far from equilibrium. Fluctuations play a central role in the dynamics of self-maintenance. The hybrid urban system (like any complex adaptive evolving system) can be described in terms of interdependent variables, each of which can vary over a wide range between an upper and a lower limit. All variables oscillate between these limits, so that the system is in a state of continual fluctuation, even when there is no disturbance. Such a state is known as homeostasis. It is a state of dynamic, transactional balance in which there is great flexibility; in other words, the system has a large number of options for interacting with its environment.

In such a hybrid co-evolving system, is it possible to identify the real processes acting at the local scale interacting with transformations at the global scale? Yes, but it takes some effort… to convince people we can. To change our mind set. To jump.