Forget the butterfly effect, this is the bat effect. 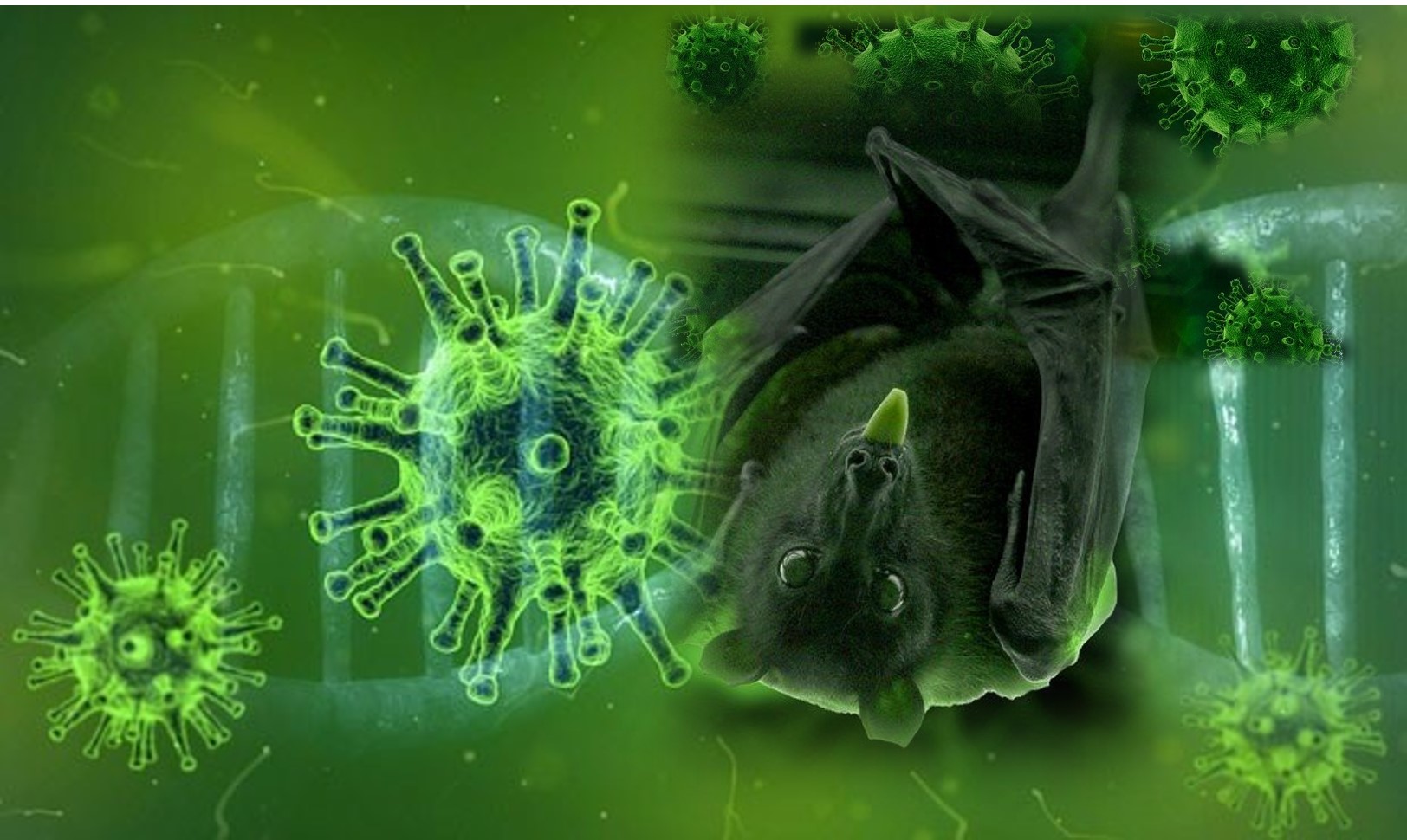 Our stranglehold on nature has unleashed the coronavirus outbreak. The COVID-19 that has swept through countries and continents has caused untold human suffering, social upheaval and economic damage. But while the spread of the current crisis is unprecedented, the new coronavirus follows a number of diseases that have emerged in recent decades, such as Ebola, AIDS, SARS, avian influenza and swine flu. Pathogens can transform quickly, which allows them to pass from wild animals to humans. These emerging diseases endanger human lives and have major socioeconomic impacts. Most human infectious diseases are zoonotic in origin. These zoonotic pathogens are capable of infecting multiple species of host. Although zoonotic pathogens can originate in many different species of vertebrates, certain mammalian orders are over-represented as pathogen sources. All originated in animals – and there is increasing evidence that humanity’s overexploitation of nature is one of the factors behind the spread of new diseases. The chances of pathogens like viruses passing from wild and domestic animals to humans may be increased by the destruction and modification of natural ecosystems, the illegal or uncontrolled trade of wild species and the unhygienic conditions under which wild and domestic species are mixed and marketed. And the pandemic is forcing us to rethink how to run our networked world.

The Great Acceleration that defined the Anthropocene may have begun in 1945, but in 2020 we are facing the first crisis in which the blowback destabilizes our entire economy. It is a reminder of how encompassing and immediate that challenge is. While the timeline of the climate emergency tends to be measured in years, Covid-19 circled the globe in a matter of weeks. And the shock goes deep. By calling into question our mastery over life and death the disease shakes the psychological basis of our social and economic order. The remarkable thing about Covid-19 is that it brings the risks of the Anthropocene home to each and every one of us individually.

The Great Acceleration has driven the earth system towards tipping points, beyond which a tiny change in one variable, like CO2, could result in large, possibly catastrophic change to earth systems that support human life. At the same time, social stressors have eroded social cohesion, resulting in nationalism and authoritarian backlashes. In the past few decades, innovations have allowed some human impacts on our planet to decline on a per capita basis. The amount of land needed to grow food per person, for example, has halved thanks to improvements in agriculture over the past 50 years. Per capita water consumption peaked around 1980 and has since gone down slightly. Global consumption of wood has levelled off. Yet greenhouse gas emissions continue to climb, and as most things become cheaper and more efficient (like computing and transport), humanity often responds by using ever more of it, resulting in an overall increase in consumption of resources. An overwhelming mountain of studies demonstrates that growth in population, production, and consumption continues to threaten the stability of many critical ecosystems and social structures.

This is the era in which humanity’s impact on nature has begun to blow back on us in unpredictable and disastrous ways. The mounting catastrophic risks originate chiefly with the overgrowth in human numbers and, especially, resource demands – which are now breaching the capacity of the Earth to sustain us. The departure from previous attempts to influence how humanity responds to modern challenges. In the face of rapid environmental / ecological shifts, the rallying cry has mostly been about adaptation and resilience – the important tasks of altering our societies to be able to bear the brunt of changing conditions and adapt to cope with them.

What is emerging now is a realization that adaptation simply is not enough; humans do not want just to survive in the face of rapid change, but to thrive. Doing that means transforming societies altogether. Transformation defined as profound and enduring nonlinear systemic changes, typically involving social, cultural, technological, political, economic, and/or environmental processes. In other words, the world as we know it changes in a big way. Importantly, transformative change goes well beyond incrementalism or reform, both of which allow existing practices, goals, and structures to stay in place. Transformation, in contrast, involves change in fundamental norms or assumptions. Purposeful or intentional transformation requires to rethink how we humans relate to each other and to nature, to bring human enterprise of all sorts back into alignment with the realities of what this planet can sustain. Instead of rational and linear planning, recognizing the inherent complexity of the system the transformation process literally break down existing systems in the process of creating new ones.

Converging technological -disruptive & exponential- innovations have the capacity to dramatically transform everything from labor markets to our understanding of planetary systems, from democracies to our view of cognition – and our understanding of human beings. This deep change will spur systemic uncertainty, making governance efforts challenging. Technological change is a source of many pressures on the planetary systems and our societies, but also presents possible solutions. Artificial intelligence, machine learning, digital platforms, the internet of things (IoT), robotics, 3D printing, big data analysis, virtual monitoring systems, and blockchain – all can be used to incentivize sustainable behavior, spark resource and energy efficiencies, and generate circular economies that close the loop of production, recycling, and reuse of materials. They could be put to work to create a zero-emission future, and to more effectively monitor, protect global ecosystems, and enhance human capabilities. New horizons of human development and human civilization are clearly emerging. The transformation is about technology for one thing but more about people. You can pretty much develop any technology, but your ability to evolve in a transformative future depends on developing the next generation of skills, closing the gap between talent supply and demand, and future-proofing your own and others’ potential. The key challenge is to develop a common vision for human-centered, sustainable development in the digital era. We have the power to create new societal and economic realities with the click of a button. The hard reality is that there is stubborn resistance by people unwilling to relinquish the comfortable and familiar.