health in a predominantly engineered environment 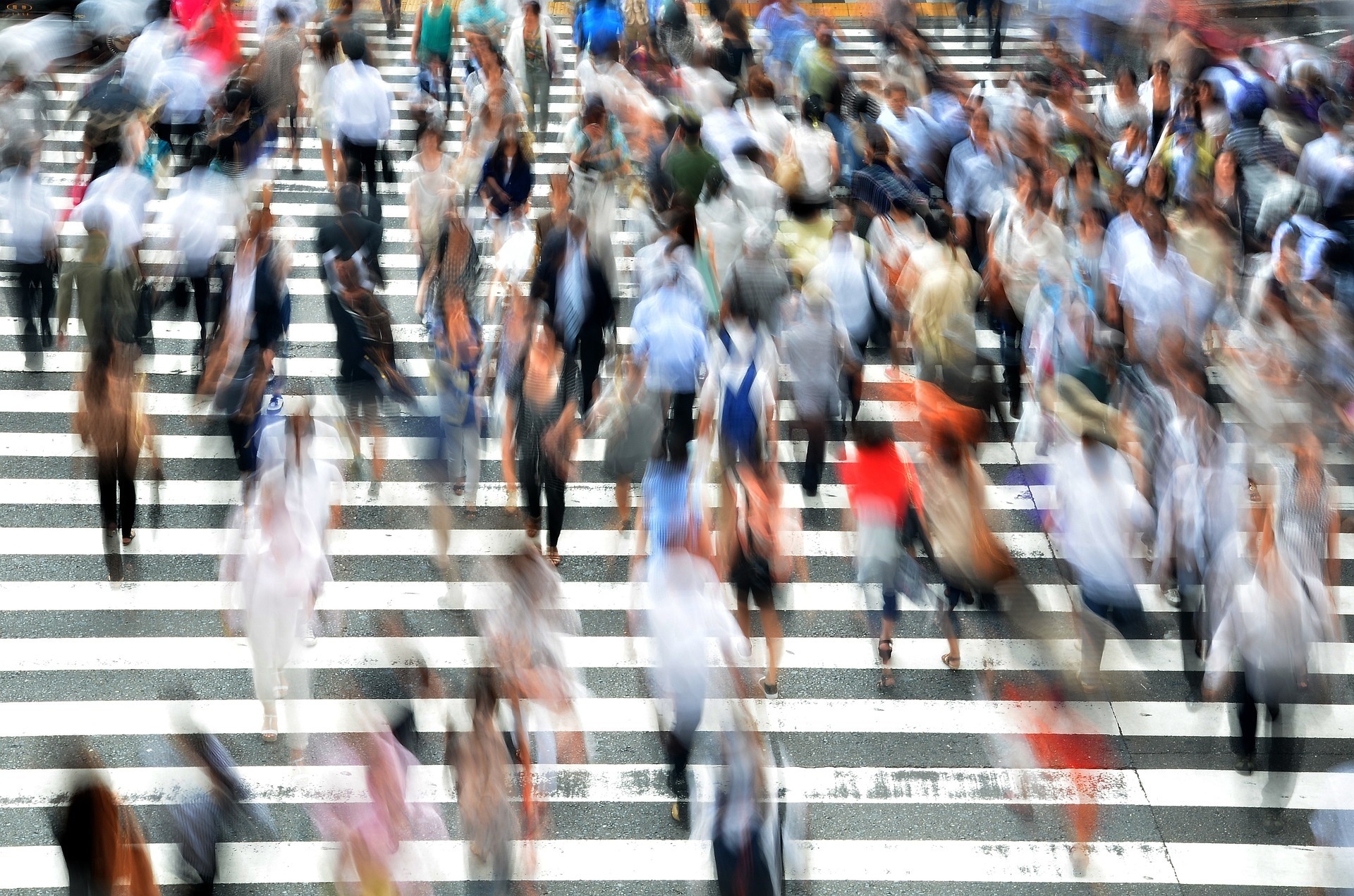 Humans are shifting from a predominantly natural context to a predominantly designed context and this is changing the very foundations upon which health systems reside. The changes in living condition, environment and mentality of people has altered the nature of disease in just the past decades. Right now globally there’s a massive shift – called the epidemiological shift – from communicable diseases to non-communicable diseases. These health issues are termed ‘lifestyle diseases’ or ‘diseases of civilization’ because the majority of these are preventable. Comprehensive and interdisciplinary approaches are necessary to meaningfully address the complex issues of human health and well-being. A narrow focus on select aspects of health is inadequate to the task. Many factors of the physical environment have a significant impact on day-to-day health and productivity, but it is often the interactions between multiple environmental factors that matter most.

We have transitioned from a natural world that was given to us to a world that we have designed and developed ourselves. That transition has removed many of the health challenges of the past but it has also created new ones due to the structure and nature of the cultural, social, economic and technological systems we have built. While we have found cures for many natural diseases, we have at the same time created many new threats deriving from the world we have built.

Health is often understood in terms of personal ability to maintain homeostasis and recover from external alterations. The ability to deal with physical, biological, social and psychological stress. Mental, intellectual, emotional and social health refers to a person’s ability to handle stress, to acquire skills, to maintain relationships, all of which form resources for resiliency and independent living.

Health is the level of functional and metabolic efficiency of a living organism. In this respect, we can think of health as the whole or complete physical functionality of an organism. If we think of the organism as a system we can define health as the degree to which all of the component parts are working together as a functioning whole system. The health of a human is then a function of the anatomic, physiologic, and psychological integrity of the person which gives the whole system the capacity to perform work.

This is illustrated by the reports of the World Health Organization where experts claim that there is a multitude of factors that impact the health of the world’s inhabitants today, which include increased levels of stress, deterioration of the environment, hormones and chemical components used in products, crowded living conditions, worsening nutrition situation more processed food, pollutions, etc. It is about ourselves and the perception of health and illness in relation to our designed and engineered environment.

Inversely illness can be understood as the lack of integration when parts are interacting through negative synergies that render the whole dysfunctional.

The definition of health has evolved over time. In keeping with the biomedical perspective, early definitions of health focused on the body’s ability to maintain homeostasis; health was seen as a state of normal functionality that could be disrupted from time to time by disease. A closed conception of health of this kind sees a dichotomy, between health and illness; there are a normal accepted set of states that are considered healthy and when one goes outside of those one is sick. The aim then is to maintain homeostasis; as soon as one is outside the ‘normal’ parameters to try and return back to the equilibrium state.

If health thinking focuses on the ab­sence of disease and illness, then natu­rally the spotlight is on the treatment of disease and illness. When the definition of health expands to be understood as a holistic bio-psychosocial experience, dynamics and interconnectedness starts to play a bigger role in the way we look at and understand overall health.

Inversely an open systems approach would look at health in terms of a dynamic process, that health is not a given ‘normal’ state but instead something that is created through the self-organization of parts. The aim is not to maintain homeostasis at all times, but resilience, which is created out of some dynamic interaction between order and disorder within the organism. Just as we understand now that ecosystems require external perturbations to maintain resilience and trying to maintain them constantly within their normal operating parameters leads ultimately to disastrous effects, so to the health of an individual is something that is created out of periods of disorder and disequilibrium, within a dynamic process. The development of the human immune system through being exposed to different antigens is a good illustration of this.

The importance of people’s own choices and responsibilities will increase. To reduce the number of lifestyle diseases, the role of individual lifestyle choices in preventing illnesses needs to be empha­sized.

It’s crucial to move from a one-sided discussion about physical health to a dialogue about indi­vidual, social, psychological, and physical capabilities as ways to think about health – and to design for services. Functional ability is more than physical capability. It is a per­son’s physical, psychological, social, and functional capacity, all of which facilitate the relevant activities of daily life.

FROM NATURAL TO ENGINEERED ENVIRONMENT

As humanity makes this major transformation from a predominantly natural environment prior to the 1950s – when the urban population was 746 million – to a predominantly engineered environment after 2050 – with over 6 billion urban dwellers – the nature of health threats is shifting from deriving from natural origins to those that derive from how we design and manage the systems that make up our engineered environments and the behavior choices we make as individuals. Human biology, an artifact of our evolution, dictates much of how we behave, and offers the key to how space is actually used. Interactions with the built environment determine our behavior, often in surprising and mysterious ways. Our emotions control a good deal of how we ward off disease. The discipline of psychoneuroimmunology is learning more about how our nervous system affects our immune system, hence our ability to heal. Tinkering with our individual sensibilities is not a substitute for medical treatment, of course, but rather seeks to improve the effectiveness of treatment by boosting it with endogenous healing mechanisms. With stress-induced and autoimmune diseases, the relative importance of environmental factors increases significantly.

Our sensory system evaluates every physical setting we inhabit, however briefly. Our neural computations do not present us with a quantitative answer, of course, but instead we get an unmistakable feeling in our body reacting to hormones and nerve signals. The human perceptive system is exquisitely designed to detect variations in the quality of our surroundings. We adapt our behavior accordingly. A spatial configuration, translated subconsciously but very rapidly into an intuitive assessment of where we are, can be evaluated only in person, directly, using one’s senses — all of them. That is why, ultimately, our perceptual system is the only qualified and dependable judge of where we are and whether it is good for us. Such judgments cannot easily be made from pictures, architectural drawings, intellectual arguments, or others’ opinions.

We have been taught to think of space as fixed and static, whereas human movement and life always generate a dynamic interaction with our environment as we move through it. Life couples us to the structures we inhabit, our perception engaging an information field that shifts continuously as we move. Dynamic interaction determines the effect that the environment exerts on us as we move about, and these complex signals are static only when we are stationary. Adaptive design takes into account our visceral responses as a result of movement — the dynamic versus the static nature of information, which are entirely different.

Re-connecting humans with their surroundings applies the special geometry of nature to improve mental and physical nourishment. The aim is to lower the stresses on the human body, helping its built-in defenses to fight illness and to promote healing. This is how biophilia works.

One of the opportunities of urban design and architecture is that, through the design of form, space and materiality, it can order our relationships with each other and our environment by creating interactive settings for life. It can do this in such a way as to provide opportunities to improve our sense of well-being, enrich our lives, make our lives healthier and more pleasurable.