MORE CONCERNING THEN EVER …. 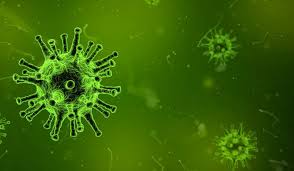 In addition to my writings on climate change, biophysical limits, depletion of raw materials, massive extinction of species, etc., there is a major issue that is happening right under our nose: socio-economic disparities weaken the resilience of our cities. Stretching the boundaries of my knowledge on economics and social science I dare to state that resilience can only remain useful as a concept and as progressive practice, if social dimensions are taken into account. Social-economic exclusion, disparities, inequality etc and the resulting poverty, are complex problems that manifests themselves in many different areas of life, are multidimensional and can encompass a lack of access to employment and markets, lack of political voice and poor social relationships. The idea that economic factors alone are the foundation for advantage and disadvantage undermines the complexity and scope of disadvantage. This view also erroneously implies that economic solutions alone are an adequate response to disadvantage.

Therefore, it is not enough to examine these issues individually, importantly the links between them must be explored. Poverty, for example, is a multidimensional issue which impacts on people’s health, well-being as well as social and economic situation. It affects everybody, undermining sustainable economic development as well as the social cohesion bedrock to healthy societies.

Our statistics and data do not reflect the real standard of living (ie the gap between disposable income and real living costs), the alarming rise in key expenses (especially food, energy, housing) and the costs of growing indebtedness, the situation of the homeless or those suffering different forms of in housing precariousness, as well as older and other people in institutions.

Inequality is an issue close to my hart, and although I have, as mentioned not much knowledge on this subject, I feel strongly to ventilate my observations.

The risk of being left behind and preclude the full participation is growing. The extent of exclusion and its outcomes depend on the economic, social, political and environmental context, including national and local institutions, norms and attitudes as well as laws and policies in place. Differences in access to education, health care, infrastructure and employment as well as inequalities in political participation are pervasive and symptomatic of social-economic exclusion. These disadvantages reinforce one another: lower levels of health care and education go hand in hand with higher levels of poverty and unemployment and often also with less voice in political and civic life. Similarly, the employment situation affects not only a person’s income but also his or her participation in social and political life. Thus, progress in one domain alone will not be sufficient to end social exclusion.

Education, health and other basic services are key determinants of opportunity and well-being throughout the life course. Despite broad progress in school enrolment, learning outcomes, child health, a healthy life expectancy etc., there are significant disparities across social groups in these indicators. Although there are encouraging trends, it is evident that progress in reducing disparities in one indicator is not necessarily echoed by progress in other indicators of opportunity. In describing disparities in employment and in the prevalence of poverty, it is illustrative how access to education and other markers of opportunity affects the labor market situation and the income of different social groups.

Especially children growing up in more disadvantaged neighborhoods have an increased risk of poor physical and mental health, lower academic achievement compared to other students, increased risk of school drop-out, lower educational level and fewer opportunities for employment in their future lives.

From a broader international perspective, children’s living conditions in Netherlands are better compared to those in most countries, but this does not mean there are no children living under economic hardship and child poverty.  The tendency over the past decades indicates that social exclusion and segregation between different groups in the society have increased. The largest social exclusion and differences are to be found in neighborhoods in urban and metropolitan areas.

The social composition of neighborhoods where children are raised has a significant impact on their development and livelihoods. Growing up in a disadvantaged neighborhood has been shown to affect educational outcomes negatively because of social, cultural and linguistic isolation, scarce institutional resources, environmental health and stress as a result of poor spatial design.

When neurons are consistently activated by co-occurring features of experience, physical changes in the neurons strengthen the connections between and among them…Thereafter, if one of those neurons is activated, it will be more likely to activate another in that group … Growing up in an environment of a given cultured shape brings with it a distinctive pattern of experiences and corresponding neural changes…. The synaptic changes… cannot be erased like sentences from a text… Change in the world can lead to a new pattern of strong neural connections, but it does not completely destroy earlier learning.

It is especially worrying taking in account the needed changes in the work force from an industrial model of production to a rapidly transforming, technology-driven, and interconnected globalized knowledge economy. Such an economy requires competencies suited to dynamic and unpredictable models of economic and social development.

RETHINKING THE FUTURE OF WORK

Emerging technologies, such as artificial intelligence (AI), data analytics, sensors, blockchain, robotics, telepresence, 3D printing and synthetic biology, are creating a global digital infrastructure that will transform the economy and the nature of work. Over the next decade, many jobs, industries and communities are expected to face disruption. Firms may become more virtual. There may be fewer traditional jobs, and more virtual gig work. Some people may become “surplus” to requirements. As this digital infrastructure evolves, service industries are becoming global, manufacturing could become more local (3D printing) and natural resources could be produced locally (synthetic biology, nano tech).

Technologies reduce scarcity of human labor. Automation and robotics will reduce manual labor scarcity. Information, skills, and expertise will be accessible across the planet through AI, telepresence, AR, VR, and other enabling tools. In many areas, scarce knowledge and cognitive capacity could be addressed by AI and algorithms that can be quickly and easily replicated from one device to many. This could be seen as a job crisis, or a huge opportunity to build a better world.

Despite hopes that technology would enhance our social connectedness, indications are that more people are feeling lonely and disconnected from the world around them, suggesting continued social challenges in a future where more people feel increasingly isolated and lonely. This trend is particularly prevalent in more urban areas. This may signal a socially disconnected way of life, driven by circumstances including the changing nature of work, the increasing valuation of individualism in society, and the rising ubiquity of toxic social media messages. This trend could lead to a general loss of social intelligence, a rise in antisocial backlash, and a decline in physical and mental health.

Although economic solutions alone are not an adequate response to disadvantage they are one of the for key determinants of opportunity and well-being throughout the life course.

Current macroeconomics theory may need to examine some of its core assumptions. Current policy instruments may not effectively deal with the emerging technological transition. As trade moves towards a global open market of on-demand resources, traditional trade deals could have distortionary or unexpected consequences in an increasingly digital world.

Emerging technologies are changing how we work – new tools enable virtual work and artificial intelligence and other advanced technologies drive automation that is creating, disrupting and changing how we work and at what. There’s also an ongoing transformation of who works,  and employers focus on diversity and inclusion. Additionally, new types of enterprises are changing what work people do, with the rise of new industries like home care and new work models like the gig economy. Twentieth century manufacturing is being replaced by 21st century services.

Our present underlying societal and policy structures are not aligned with this next society. Consider education: currently, our institutions support learning until our early 20s, but then stop entirely. We need new models to support lifelong learning and to reinvent a number of other social structures, including work and retirement, healthcare delivery and housing. In short, we need a new social contract.

Emerging technologies will enable new organizational models for production and ownership. Innovation could create opportunity for every actor in the economy, by inventing whole new categories of work, income and industries. It could also involve envisioning a different economic model built on very different assumptions about scarcity, inequality and sustainability.

Two major forces seem to be catalyzing the process societal change. On the one hand, the aforementioned increasing pace of technological development and adoption, which are driving a major transformation of the model of economic growth, labor markets and wealth creation. While the overall level of economic prosperity has increased significantly over the last few decades, the level of inequality is reaching record levels. On the other hand, the rapid expansion of decentralized communication platforms, such as Facebook, WhatsApp, YouTube and WeChat, are posing significant pressure on the democratic political process and on the diffusion of ideas, with impact on the public perception of science and the debate on human values.

These trends as well highlight the importance of empowering citizens in general and people in disadvantaged positions especially, but also the potential reformulation of participation and the redesign of the economic social contract. Both could become the most relevant levers to ensure viable economic growth while preserving social and political stability.

…. rebalancing (macro)economic and social policies is essential. This means carrying out effective ex-ante social and distributional impact assessment of all policies, particularly macroeconomic, to ensure that they actively contribute to reducing poverty and inequality and do not undermine social rights. In the long term, we need a new social and sustainable development model which sees the economy as an instrument to promote prosperity and well-being for people and planet, not just economic growth.