Stress in the city 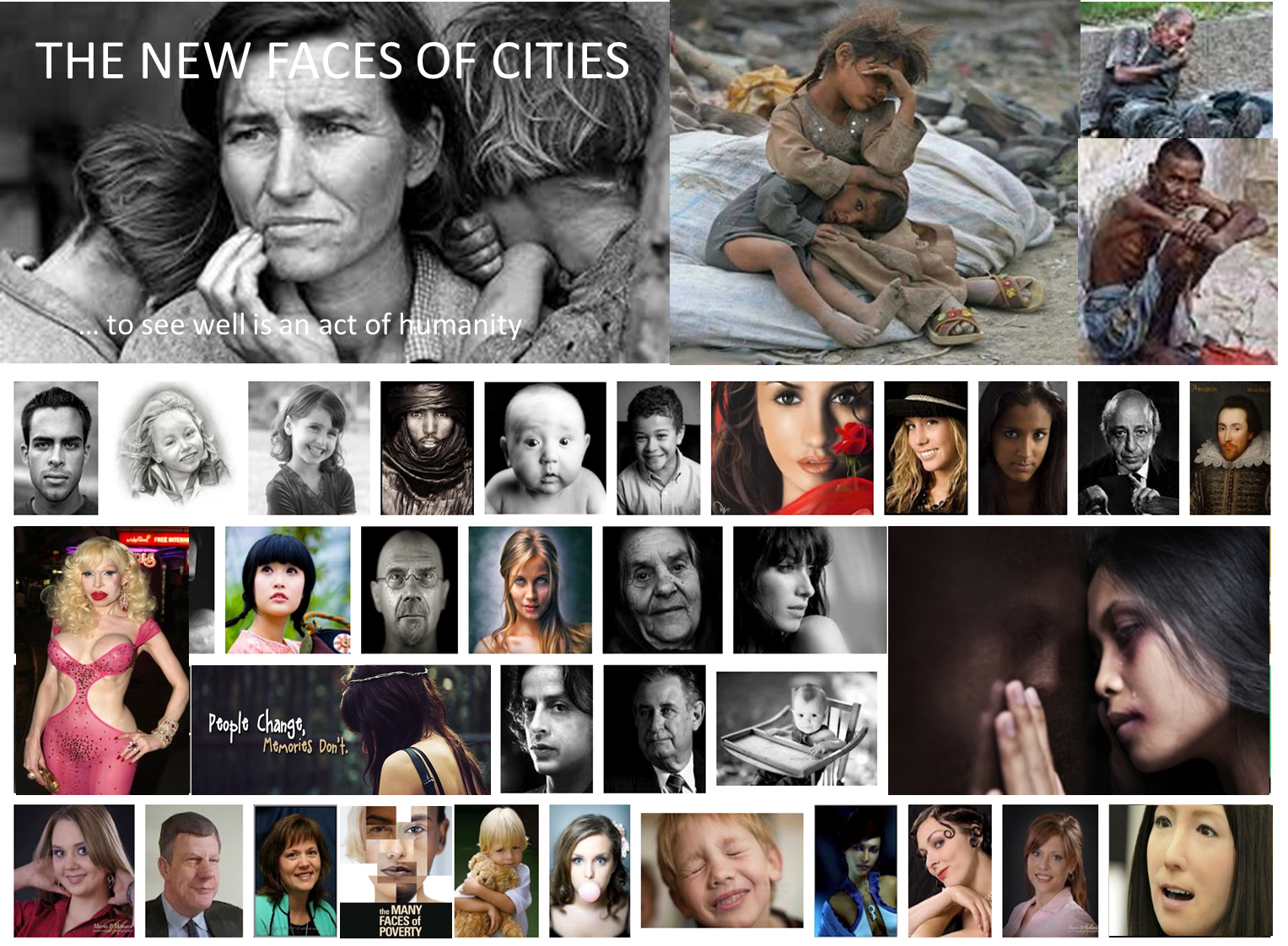 The lifeblood of cities, the city dwellers, who have a life of their own and who introduce human fuzziness and socio-cultural variables, create a gigantic scenario of human possibilities and achievements. Just like their inhabitants, cities must constantly reinvent themselves in order to develop and keep themselves alive. They are alive with movement. A rapid flow of exchange is facilitated by a meshwork of infrastructure connections. Transport grids, building complexes, information and communication technology, social networks and people form the bones, organs, muscles, nerves and cell tissue of a city. City districts grow and change their character, people change their views and move, old things must cease to exist in order to make room for the new. For flexible and creative city-dwellers the city is a constant source of enrichment and inspiration. Change brings fresh energy and exhilaration. New ideas can be quickly implemented. Cities that change quickly and follow the zeitgeist are reference points for global trends, innovation and progress.

Constant stimuli and offerings invite city dwellers to become active, to participate in life, to discover what their city has to offer and to draw inspiration from all that is happening around them. The contrasting diversity offered by modern cities is an equally important factor for urban life(styles). Extreme contrasts give rise to an exciting diversity. Splendor and decay, wealth and poverty, different cultures and nationalities, different lifestyles and characters, buildings from all different eras. An intensification of experience through the colorful diversity of people and contrasts. Chance encounters and events make life interesting and exciting. The city is embroiled in a constant pull of enthralling vitality. It offers a concentrated history and allows its residents to experience important social, political or cultural developments up close. Those who manage this acquire a feeling of superiority and pride in having come so far.
But such participation is becoming increasingly difficult. Clear elements of ‘negative urbanization’: increasingly visible inequalities, ‘surplus people’, instabilities and the undermining of national and local institutions. The fragility of urban societies is of increasing concern, fuelled by underlying economic, societal and environmental developments. A major driver of social fragility is rising socio-economic inequality within cities. Income inequality is widening quickly and is associated with lower and more fragile economic growth, which reduces the scope to meet rising social expectations of inhabitants. Rising structural unemployment drives both inequality and social pressures. Lower economic growth and technological change are likely to keep unemployment high in the future with increasing the risk of unrest and violence. While inequality and unemployment contribute to social instability, social instability in turn impacts negatively on equality, employment and wealth creation. These multidirectional cause-and-effect relationship makes it harder to address the related risks. Rising levels of inequality and levels of absolute and relative poverty are leading to social polarization and social exclusion, with sections of society being denied full participation in everyday activities and marginalized with respect to resources such as housing, work, social services and the political sphere. This is often manifest in social stratification and fragmentation, segregation to certain parts of the city, alienation, and undermines social cohesion leading to social unrest, protest and riots.

Underlying social fragility is also the accelerating pace of change, growing complexity and the deepening extent of global interdependence, which together reduce people’s feeling of control over their immediate environment and hence their sense of stability and security. A common psychological response to insecurity and perceived loss of control is the desire to turn inwards towards smaller groups that have a stronger sense of identity. At the same time, increased global connectivity allows people to make their voices heard and to convene with like-minded individuals, growing social extremism and isolationism, more diverse through in-migration.

Parallel the nature of the local institutions and government is changing; public services are being rolled-back and the welfare state is being cut as economies liberalize; changing the social characteristics of cities with significant threats to cities’ long-term social stability, unless adequately addressed. After a century of societies becoming more equal and egalitarian, cities in many cases are once again becoming more socially polarized, with growing wealth inequalities, increased segregation between groups, and rising social tensions.

A significant challenge to make sense of the contemporary processes of urbanization as discussed above and to proactively address the many challenges that cities face. it is clear is that an approach is required that possesses a number of qualities that enables a holistic yet nuanced understanding to be developed and contextual and relational responses to be delivered. Neither a silo approach to each issue or case, nor a one size fits all theory or policy, will produce the interdisciplinary, integrative, pluralistic, nuanced and contextual knowledge needed to understand and manage contemporary urbanism and urbanization. Rather than breaking down the issues facing cities into component parts and examining them in isolation through disciplinary lens, such research needs to grapple with the interdependencies and complexities of urbanization and the multifaceted ways they play out in different locales and contexts. This means embracing an inter- and trans- disciplinary, integrative and multi-scalar approach that is comparative, relational, and pluralistic. The next step is to translate new conceptual understandings into utilizable techniques and technologies, policy recommendations and instrumental actions in ways that take account of local contexts and constraints.

This is no doubt an ambitious task because it seeks on the one hand to be holistic, providing over-arching and integrative insights, and on the other, to avoid the trap of grand theory and one-size fits all conceptualization.