There is no pixie dust! 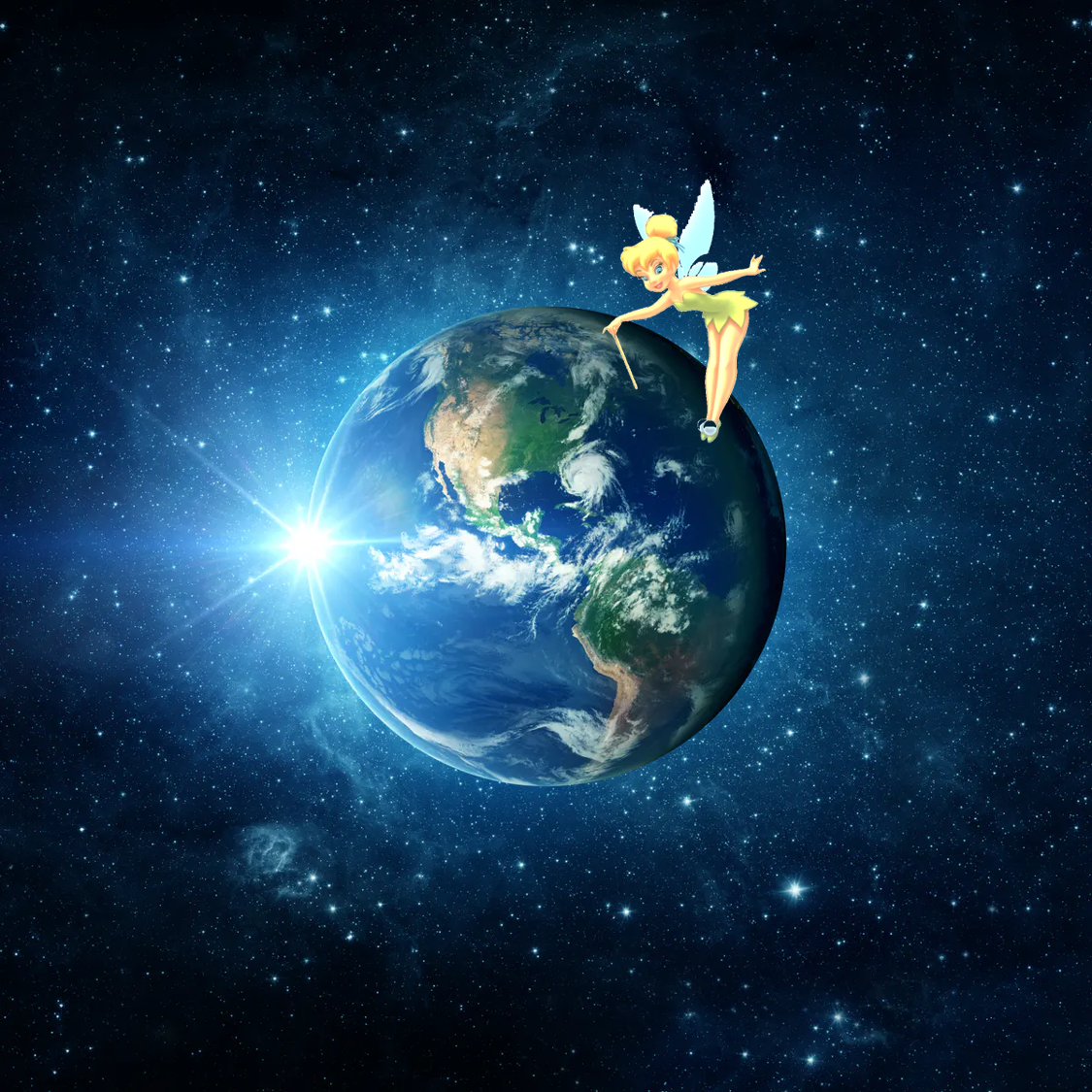 The Earth System is an emcompassing planetary system that comprises the biosphere, i.e., the sum of all living biota and their interactions and feedbacks with the geosphere, including the atmosphere, hydrosphere, cryosphere and upper lithosphere. Over its evolution, the earth system has been driven predominantly by astronomical and geophysical forces. However, in the last six decades or so, there is a large increase in the rate of growth of the anthropological causes. This recent trend is further highlighted when put against the remarkable stability of last ten millennia, the epoch that start with the end of the last glacial period, the Holocene.

Predicting the Earth system’s future trajectory given ongoing human intervention into the climate system and land surface transformations requires a deep understanding of its functioning. In particular, it requires unravelling the complex interactions between the Earth’s subsystems, the aforementioned spheres and increasingly the anthroposphere.

Tipping points commonly refers to a critical threshold at which a tiny perturbation can qualitatively alter the state or development of a system and have a long history in chemistry and mathematics, describing a qualitative change in the characteristics of a system (a mathematical bifurcation). Regime shifts (or alternative stable states) are major system reorganizations in, for example, ecosystems or socioecological systems. Such shifts are the result of crossing a tipping point, after which the system can quickly shift away from its current state, into a contrasting, alternative state. The recovery to the initial system state may be difficult or even impossible. The drivers that induce a tipping point can be either a forcing or a change of the inherent system properties. The description of a tipping event can be used as a level of change in system properties beyond which a system reorganizes, often in a non-linear manner, and does not return to the initial state even if the drivers of the change are abated.

The climate system has tipping points, where small changes in forcing cause substantial and irreversible alteration to Earth system components. The risk that self-reinforcing feedbacks could push the Earth System toward a planetary threshold that, if crossed, could prevent stabilization of the climate at intermediate temperature rises and cause continued warming on a Hothouse Earth pathway even as human emissions are reduced. Crossing the threshold would lead to a much higher global average temperature than any interglacial in the past 1.2 million years and to sea levels significantly higher than at any time in the Holocene.

High contemporary rates of warming imply that exceeding these thresholds is almost inevitable, which is widely assumed to mean that we are now committed to suffering these tipping events. Climate-critical elements such as ocean circulation – shutdown of thermohaline circulation- (Atlantic Meridional Overturning Circulation,) causing alterations in Earth’s heat budget, ocean acidification and deoxygenation, stronger and more chaotic Indian summer monsoon season, polar ice caps melt, and Amazon rainforest dieback might become unstoppable past some critical threshold of climate warming. Parts of Earth’s cryosphere have already changed beyond recognition in our lifetime – for example, the succession of Antarctic Peninsula ice shelves that have collapsed after surviving for thousands of years and the glacier imbalance that has spread across a quarter of West Antarctica since the 1990’s.

The Earth System may already have passed the fork in the road of potential pathways, a bifurcation taking the Earth System out of the next glaciation cycle. In the future, the Earth System could potentially follow many trajectories often represented by the large range of global temperature rises simulated by climate models. In most analyses, these trajectories are largely driven by the amount of greenhouse gases that human activities have already emitted and will continue to emit into the atmosphere over the rest of this century and beyond—with a presumed quasilinear relationship between cumulative carbon dioxide emissions and global temperature rise. However, as can be concluded, biogeophysical feedback processes within the Earth System coupled with direct human degradation of the biosphere may play a more important role than normally assumed, limiting the range of potential future trajectories and potentially eliminating the possibility of the intermediate trajectories. There is a significant risk that these internal dynamics, especially strong nonlinearities in feedback processes, could become an important or perhaps, even dominant factor in steering the trajectory that the Earth System actually follows over coming centuries.

It represents the beginning of a very rapid human-driven trajectory of the Earth System away from the glacial– interglacial limit cycle toward new, hotter climatic conditions and a profoundly different biosphere. The current position is nearing the upper envelope of interglacial conditions over, as mentioned above, the past 1.2 million years. More importantly, the rapid trajectory of the climate system over the past half century along with technological lock in and socioeconomic inertia in human systems commit the climate system to conditions beyond the envelope of past interglacial conditions. It might be therefore, that the Earth System may already have passed one fork in the road of potential pathways.

Therefore, it is of the greatest importance to steer the Earth System away from a potential threshold and stabilize it in a habitable interglacial-like state. Such action entails stewardship of the entire Earth System—biosphere, climate, and societies—and include decarbonization of the global economy, enhancement of biosphere carbon sinks, behavioral changes, technological innovations, new governance arrangements, and transformed social values.