Humans are altering the planet, including long-term global geologic processes, at an increasing rate. Any formal recognition of an Anthropocene epoch in the geological time scale hinges on whether humans have changed the Earth system sufficiently to produce a stratigraphic signature in sediments and ice that is distinct from that of the Holocene epoch.

Biologically, there is nothing remarkable in the fact that humans are agents of ecological change and environmental upset. All species transform their surroundings. The dizzying complexity of landscapes on Earth is not just a happy accident of geology and climate, but the result of billions of years of organisms grazing, excavating, defecating, and decomposing. Nor is it unusual that certain lucky species are able to outcompete and eventually entirely displace other species.

Where natural systems are evolved in delicate relationships with the surrounding environment, intricately linked to the ebbs and energetic flows of the planet, mans largest metabolic construction, the city, is inextricably tied to an unsustainable, constantly accelerating pace of life. The current metabolic trajectory of the city and by extension humanity, far exceeds the capacities of the planet. This trajectory is defined by the growth of the city and its cultural and socioeconomic structure which necessitates continual consumption and growth in order to survive. The mass increase in population over the next fifty years will not only exasperate the inequalities of humanity but also increase the severity of climate change to unprecedented and irreversible levels. A future where mans unsustainable relationship to material, energy and information flows may result in the collapse of our entire socioeconomic structure.

The Anthropocene compels us to formulate the array of complex interactions between biological, technological, and social entanglements—and the circulation of matter and energy through them—as “ecologies.” While human and non-human ingress into natural systems denaturalizes their dominion, anthropogenic systems become deculturalized at the same time. Ecological thinking thus requires acclimatization to the idea that parts become participants; subscribers without boundaries to a cyclical complex of constant exchange processes, fleshing out zones of abundance and distributions, being adaptive and striving for resilience. Ecologies are thus a way to describe the formation, profiling, and maintenance of capacity 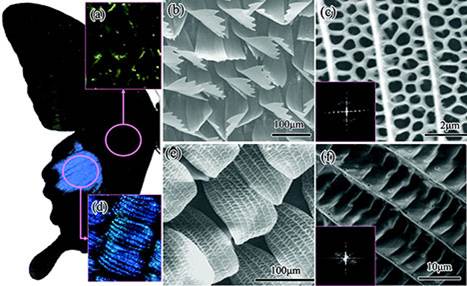 Europe has a decisively polycentric system of cities. Bucking the global trend, inward urban migration has been slow for 30 years in Europe. Whereas East Asia has 39 metropolitan areas with a population greater than five million, Europe only has 10. This means that European cities must compete much more on quality than quantity. Europe depends upon successful ‘middleweight’ metropolitan cities within successful national economies for a substantial proportion of its global trade.

There are two truly global cities in Europe with the genuine scale, quality and experience to function as all-round global hubs – London and Paris. Within an enlarged economic region, Istanbul and Moscow also possess the size, status, location and market access to become hubs for global business clusters. This quartet of European economic capitals is steadily growing in size, productivity and investment attraction.Increasing specialisation and cross-border complementarity means that a European system of cities is emerging. National systems and nation states still matter, and they shape the performance of all cities.

The successful economic development in Western Europe, is still visible today but different cities are succeeding. Berlin, Cambridge and Stockholm have outperformed Amsterdam, Birmingham and Milan, and are enhancing their own global specialisations in sectors such as digital & creative industries, biotechnology and low-carbon goods.

Cities in central Europe are also emerging onto the global scene but at different paces, and with varied success. The nexus of central European capitals (Berlin, Budapest, Prague, Vienna, Warsaw) have not yet developed a combined growth dynamic. Polish cities, aided by purposeful national policies, are making substantial progress.

Infrastructure, skills, education, culture, sustainability and quality of life remain core strengths that European cities combine more successfully than any other continental group. Europes best-endowed cities also exhibit many of the traits of global fluency; a cultural and trade legacy of internationalism, excellent cross-border connectivity, a compelling identity and reputation, and an ethos of cutting-edge innovation. Smaller cities across Europe, especially outside the ‘blue banana’, are struggling to retain population and talent and to build productivity.Many require new strategies and pathways towards internationalisation that may involve better relationships with neighbouring cities and a new assessment of how to compete in global markets. Cities to the south and east of Europe have lost much of the impetus gained in the last economic cycle, and are experiencing the negative effects that globalisation can bring. Many are low-risk cities in medium-risk nations, but face critical levels of youth unemployment that require urgent and innovative solutions. Most possess elements of international engagement – notably tourism, design and culture – but need to grasp and embed other traits of global fluency.