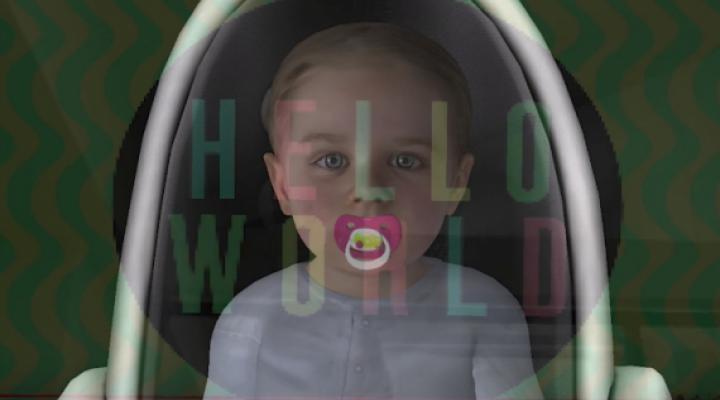 Although the burgeoning impact of robotics and autonomy has been evident for some time, we are now recognizing the rapidly accelerating emergence of robotics, artificial intelligence, and autonomy in our daily lives.

Fossil records demonstrate the sudden appearance – about 542 million years ago – of complex animals with mineralized skeletal remains. Some describe this Cambrian Explosion as the most significant event in Earth’s evolutionary history, one that irreversibly changed the biosphere and led to a stunning diversity of body forms and types. Today, the impacts of robotics, artificial intelligence and autonomy – together with their derivatives, e.g., machine learning — are about to induce a metaphorical Cambrian Explosion of transformative capabilities and applications. However this will confront us with unanticipated, high-order consequences from external factors principally outside our control.

The original Cambrian Explosion’s transformative evolutionary developments were triggered by a complex interplay of relatively small environmental changes, and the emergence of nervous networks, and the ability to move and interact with the world. A similarly complex interplay is clearly at work across the topics of robotics, artificial intelligence and autonomy as sensors, actuators, and processors get both cheaper and better. The fields of robotics, artificial intelligence and autonomy share a number of enabling technologies, research challenges, and future; it is difficult to discuss one in the absence of the others. Autonomous, for example, is a quality of a robotic system; autonomous swarms are typically multi-robotic configurations. Autonomous systems are inherently, and irreducibly, artificially intelligent robots.

Robotics, artificial intelligence, and autonomy – far from narrow topics – are closely linked to a broad range of enabling / adjunct technologies. Although much of the technology development will occur in the very fragmented labs and innovation centers, there is a need to view robotics, artificial intelligence and autonomy as a holistic, seamless system. Technology will alter our fundamental thinking about science because of the exponential convergence of key technologies including …

Autonomy can evolve from solutions that are reactive, single platform, point solutions under minimal human control to solutions that are flexible, multi-modal, and goal-oriented featuring trusted man-machine collaboration, distributed autonomy and continuous learning.

A future that features ever more advanced human-robot-AI collaboration, a collaboration that in turn will accelerate the development of improved robotics and Artificial General Intelligence through rapid machine learning, adaptive controls, rapid algorithm development, and custom motion control systems. Novel mechanisms and high performance actuators will emerge as new construction paradigms are merging component design to generate compact multi-function systems that are both highly capable and energy efficient. Human-robotic system interaction will include conversational assistants, intent and emotion recognition, augmented reality, self-aware explainable systems, and multi-modal communications. Intelligent networks will develop to distributed, interconnected entities that have goals, sense their environment, identify constraints and threats, and plan and execute adaptive actions through the leverage of autonomy, artificial intelligence and robotics

Clearly humans and these technologies are destined to co-evolve. No aspect of our current existence will remain untouched. Humans will be augmented in many ways: physically, via exoskeletons, perceptionally, via direct sensor inputs, genetically, via AI-enabled gene-editing technologies such as CRISPR, and cognitively via AI.  Human reality will be a blended one in which physical and digital environments, media and interactions are woven together in a seamless integration of the virtual and the physical. As daunting – and worrisome – as these technological developments might seem, there will be an equally daunting challenge in the co-evolution between man and machine: the co-evolution of trust. We can expect autonomy to evolve from solutions that are reactive, single platform, point solutions under minimal human control to solutions that are flexible, multi-modal, and goal-oriented featuring trusted man-machine collaboration, distributed autonomy and continuous learning. Trusted man-machine collaboration will require validation of system competence, a process that will take our legacy test and verification procedures far beyond their current limitations. Humans will expect autonomy to be nonetheless directable, and will expect autonomous systems to be able to explain the logic for their behavior, regardless of the complexity of the deep neural networks that motivate it. These technologies in turn must be able to adapt to user abilities and preferences, and attain some level of human awareness (e.g., cognitive, physiological, emotional state, situational knowledge, intent recognition). Another consideration is how we should treat intelligent machines. Do humans have to empathize with robotic systems, especially when the systems resemble humans or pets?