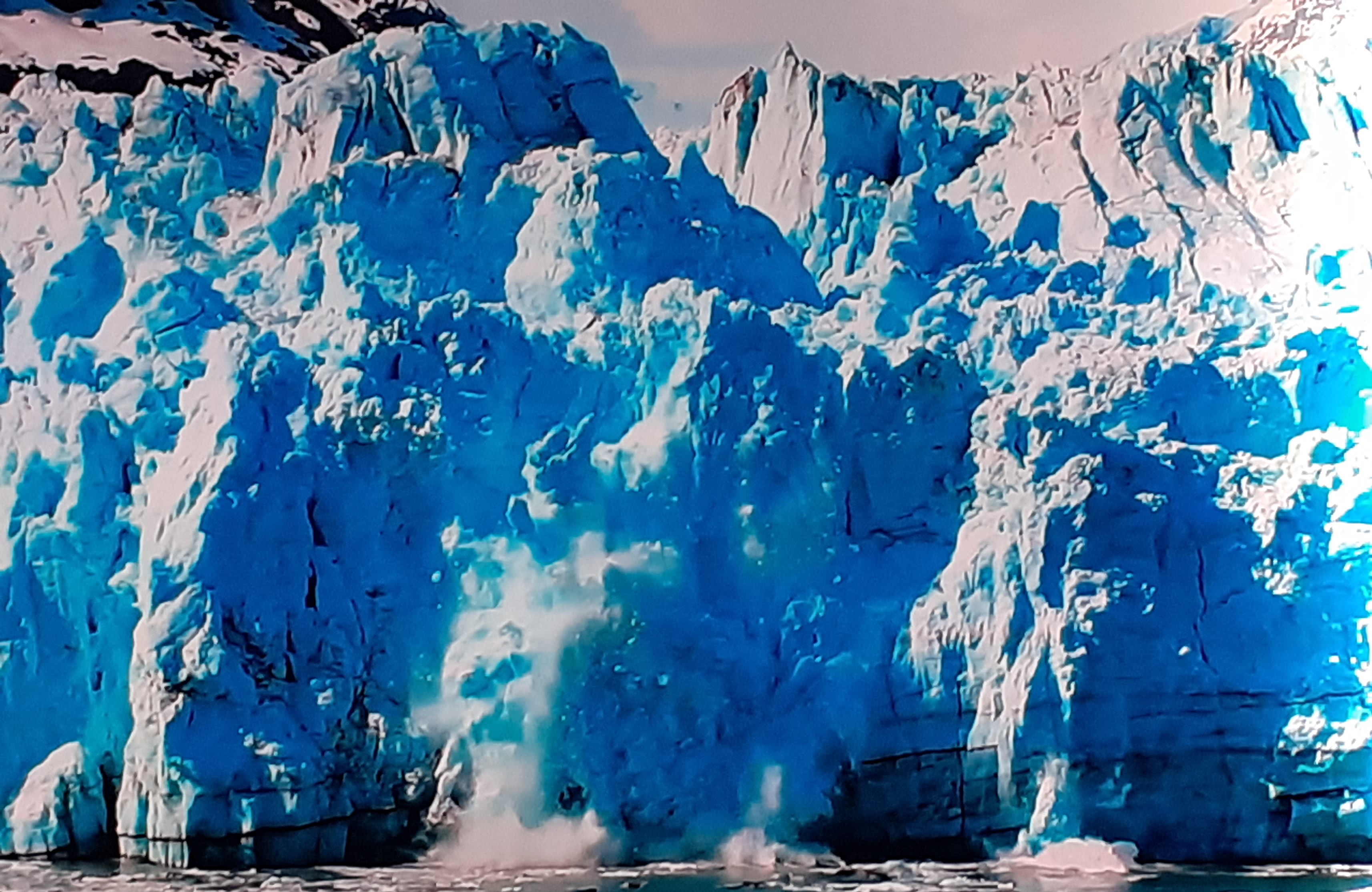 Life is possible on Earth because the climate is favorable for it to flourish. In particular, the average range of surface temperatures on Earth allows for abundant liquid water, which is essential for life as we know it. Earth’s average surface temperature has changed over time. But for most of Earth history it has fluctuated within a range that allows for liquid water in the oceans and in land water bodies. Temperature on our planet is controlled, in part, by the fact that we have a thin atmosphere of gases surrounding us; this thin layer acts to hold in some of the energy that the Earth radiates after being warmed by sunlight. Understanding and tracking the changes in the flow of energy through the climate system as the climate changes are important for assessments of what is happening to the climate and what the prospects are in the future.

The global climate system is driven mostly by energy from the sun. It is also influenced slightly by the gravitational pull of the moon and heat from the Earth’s core. The sun provides an almost constant source of energy for Earth. About 30% of this energy is reflected back into space by the atmosphere and some surfaces of the Earth. The remaining 70% of the energy is absorbed, mainly by oceans and gases in the atmosphere, with a small amount being released back into space. Different surfaces, greenhouse gases and airborne particles can all affect how much energy is reflected and absorbed.

The present-day climate is changing mainly in response to human-induced changes in the composition of the atmosphere as increases in greenhouse gases promote warming, while changes in aerosols can increase or diminish this warming regionally depending on the nature of the aerosols and their interactions with clouds. Earth’s energy imbalance is caused by increasing greenhouse gases and its partitioning between atmospheric, ocean, cryosphere and land heat reservoirs govern the consequences and rate at which the climate evolves.  Most of the imbalance, over 90%, goes into the ocean and accordingly ocean heat content (OHC) provides a primary indicator of climate change, along with sea level rise.  On land and in the atmosphere, major changes occur in extremes of the water cycle and storms with prospects for more intense droughts, heat waves and wildfires, as well as heavy rains and flooding. By adopting a holistic approach that includes top-of-atmosphere radiation, atmospheric and ocean energy transports, and surface fluxes, closure of the energy and water cycles on regional scales can be achieved.

Current concerns about climate change are mainly due to observed fast changes in the Earth’s energy balance. As a consequence of an increase in anthropogenic activities, hydrological and biochemical cycles are altered resulting in a cascade of interactions and feedback mechanisms involving the earth’s atmosphere, biosphere, hydrosphere and cryosphere. These interactions explain the observed past and current climate state but also ultimately determine future climate change.

The climate system is a highly complex system consisting of five major components; the atmosphere (the thin layer of gases surrounding the earth), hydrosphere (the Earth’s liquid water in oceans, rivers, lakes and underground cryosphere (the frozen water in ice and snow), lithosphere (the land surfaces such as soil and rocks, and human-made surfaces such as roads and buildings) and biosphere (organisms) and their interactions. A very important behavior of all systems is feedback between components. Feedbacks can either amplify a behavior (positive or reinforcing feedback) or suppress it (negative or balancing feedback). Complexity reduces the predictability of the overall behavior of the system. A change in the energy budget is called a forcing, and when the change is caused by something outside of the five components of the climate system, it is called an external forcing. The state of the climate system changes under the influence of its own internal dynamics and of course by external forcings.

Forcing factors can produce responses at various rates. These rates can be directly proportional to the magnitude of the forcing factor, in which case they are called linear. Or they can be produced in some more complex, non-linear pattern. A forcing factor can be applied When the Earth’s energy budget changes, the climate follows. at a variety of magnitudes (strong or weak) and durations (long or short) and might induce a response immediately after it is applied, or only after some period of time has passed (lag). Forcing factors

There are four main known influences of larger long-term changes in the Earth’s climate.

Though the first three influences are beyond the control of humankind, the composition of the atmosphere has been altered by human activities (anthropogenic climate drivers) for over 200 years that include emissions of greenhouse gases and changes in land use.

The global climate is warming much faster than the natural cycles of the Earth. Human activities, in particular those involving the combustion of fossil fuels for industrial or domestic usage, and biomass burning, produce greenhouse gases and aerosols which affect the composition of the atmosphere

The concentration of carbon dioxide in the modern Earth’s atmosphere is very small. There is additional CO2 dissolved in the oceans as CO2 gas and bicarbonate and carbonate ions., whose combined amount is about 50 times that of atmospheric CO2. Despite the small concentrations, CO2 has an important effect on organisms and in return the organisms are deeply involved in the global cycling of CO2.

Variations in the Earth’s temperature are mostly determined by changes in the concentration of the greenhouse gas CO2. Hence the maintenance of temperatures suitable for organisms over billion of years was largely controlled by the concentration of CO2 in the Earth’s atmosphere. In cases of increasing atmospheric CO2 photosynthesis, chemosynthesis and calcification contribute to transfer atmospheric carbon to geological reservoirs.

The global consumption of O2 on Earth, which includes O2 respiration and combustion, is about equal to the global photosynthetic production of O2. This leads to the conclusion that the uptake of C02 by the processes of O2-producing photosynthesis is about equal to the release of CO2 by O2 respiration and combustion on current Earth. Overall, photosynthetic and chemosynthetic organisms use the carbon (and oxygen) from CO2 to synthesize organic matter, and respiration and fermentation return most of the CO2 to the environment. These coupled natural processes, which are biological, are called the fast carbon cycle. A fraction of the organic carbon produced by organisms is buried in soils and marine sediments, and escapes the fast cycle. Part of the buried organic matter is eventually transformed into fossil organic matter. Most of the organic matter buried in the past is presently dispersed in sediments and soils, but a small part of it is concentrated in deposits of natural gas, petroleum, oil shale and oil sands, peat and coal, which belong to the slow carbon cycle.

This slow carbon cycle, which are largely geological, occurs at time scales of millions of years. The cycle begins with the natural dissolution of CO2 in water (rain or seawater), which makes it acid. The CO2-acidified water dissolves continental or seafloor silicate rocks, which creates calcium (Ca2+) and HCO3– (Bicarbonate) ions carried by rivers to the oceans. The combination of the dissolution process and transport of the resulting substances is called erosion. In the ocean HCO3– and Ca2+ ions are combined biologically or chemically in calcareous material (CaCO3 and others), which is formed on or within the seafloor or sinks there. Some of the calcareous material is buried in the sediment, where compaction eventually transforms it into sedimentary rocks. In the modern ocean most of the calcareous structures are formed biologically through the process of calcification.

Lateral or vertical movements of the Earth’s crust slowly move the seafloor with its calcareous rocks toward the continental margins or upwards, and some of the calcareous material is incorporated into continents, whereas most of it is carried deep in the Earth’s mantle where it melts. The molted material reaches the surface through continental and submarine volcanoes in the form of lava and CO2 gas. The cold lave forms new rocks and the CO2 gets into the air or the seawater. The volcanic input of CO2 over millions of years plays an important role in the long-term regulation of the Earth’s natural greenhouse effect and thus the climate.

The present problem of global warming and ocean acidification results from the fact that human societies have moved massive amounts of carbon from the slow cycle into the fast cycle. Today’s rising temperatures are caused by greenhouse gases being produced by human activities.

The climate is changing. Increases in global average air and ocean temperature, rising global sea levels, long-term sustained widespread reduction of snow and ice cover, and changes in atmospheric and ocean circulation and regional weather patterns, which influence seasonal rainfall conditions. Long after the stabilization of carbon dioxide levels, the climate will still further continue to change because of its inertia. Climate models indicate that the near-surface air temperature will rise for at least a hundred years. Sea level will continue to rise for several centuries because seawater expands slowly as a result of the gradual warming of the deep sea, and because the continental ice sheets in the Arctic and Antarctic will probably react very slowly to the warming of the atmosphere, and the glaciers will continue to melt for many millennia. It will therefore be a long time before sea level achieves a new equilibrium. It is possible that, if the warming is strong, the Greenland ice sheet could completely melt within this millennium and disappear into the ocean. The ice sheet could actually break apart and giant pieces fall into the sea. The enormous amounts of fresh water could cause a critical change in ocean circulation. The inertia of the climate system and the danger that the trend is irreversible should be sufficient reasons for forward-looking action. One should always keep in mind that the impacts of climate change that are measurable today do not yet reflect the total extent of climate change already caused by humans in the past. Humankind will only begin to feel them sharply in a few decades but has to take action right away.