Don’t tell me what you’ve done, but what are you doing and moving toward 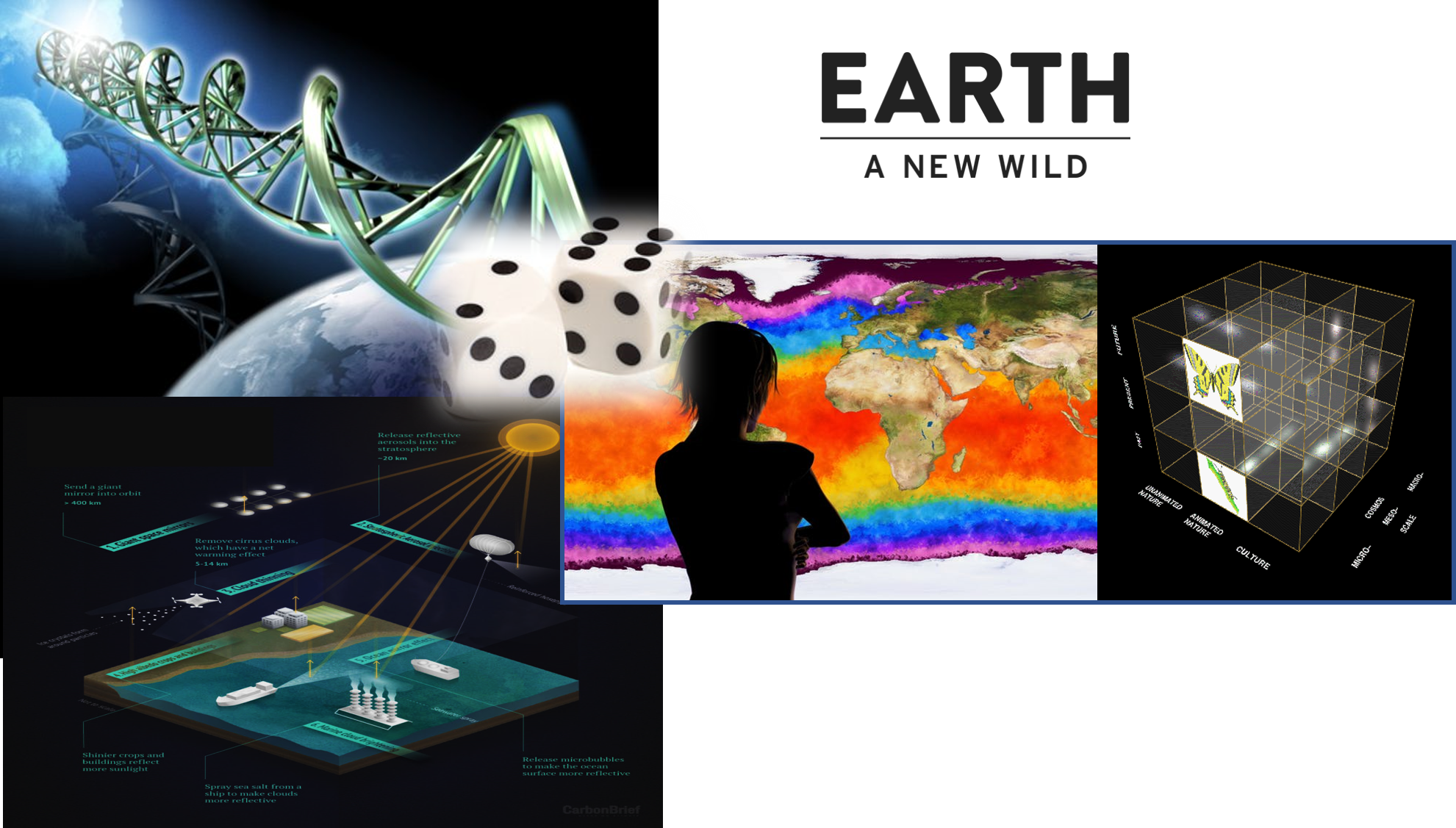 Ecosystems, species, wild populations, local varieties and breeds of domesticated plants and animals are shrinking, deteriorating or vanishing. The essential, interconnected web of life on Earth is getting smaller and increasingly frayed. This loss is a direct result of human activity and constitutes a direct threat to human well-being in all regions of the world. Once we’re over the threshold…you’re dealing with how the Earth works, and it goes on its own ride.

Human activities are transforming Earth’s atmosphere, ocean and land surfaces at a scale and magnitude not previously seen during the past several thousand years of human history. These changes threaten healthy planetary functions and socioeconomic well-being.

Many global change stresses on terrestrial and marine ecosystems affect not only ecosystem services that are essential to humankind, but also the trajectory of future climate by altering energy and mass exchanges with the atmosphere.

The ecological consequences of these changes are apparent in individual organisms, the communities they inhabit, and the ecosystems in which they function.

The Earth System may be approaching a planetary threshold that could lock in a continuing rapid pathway toward much hotter conditions—Hothouse Earth. This pathway would be propelled by strong, intrinsic, biogeophysical feedbacks difficult to influence by human actions, a pathway that could not be reversed, steered, or substantially slowed.

Where such a threshold might be is uncertain, but it could be only decades ahead at a temperature rise of ∼2.0 °C above preindustrial, and thus, it could be within the range of the Paris Accord temperature targets. The impacts of a Hothouse Earth pathway on human societies would likely be massive, sometimes abrupt, and undoubtedly disruptive.

Avoiding this threshold by creating a Stabilized Earth pathway can only be achieved and maintained by a coordinated, deliberate effort by human societies to manage our relationship with the rest of the Earth System, recognizing that humanity is an integral, interacting component of the system. Humanity is now facing the need for critical decisions and actions that could influence our future for centuries, if not millennia.

There is significant evidence for the risk of trespassing a planetary threshold and thus, the need to create a divergent pathway should be taken seriously:

The Holocene lays behind us and our species is embarking upon a new period in this planetary voyage. This period is more than simply an Anthropocene; a Stabilized Earth trajectory requires deliberate management of humanity’s relationship with the rest of the Earth System if the world is to avoid crossing a planetary threshold.  Many of the global change stressors that terrestrial and marine ecosystems face need to be understood not only for their impacts on ecosystem services that are essential to humankind, but also as processes that affect the magnitude and trajectory of climate change.

Humanity’s challenge then is to influence the dynamical properties of the Earth System in such a way that the emerging unstable conditions in the zone between the Holocene and a very hot state become a de facto stable intermediate state. This requires that humans take deliberate, integral, and adaptive steps to reduce dangerous impacts on the Earth System, effectively monitoring and changing behavior to form feedback loops that stabilize this intermediate state.

Technically, ethically, equitably and economically challenging it takes normative policy and institutional leadership to steer the Earth System toward Stabilized Earth. While reducing emissions is a priority, much more could be done to reduce direct human pressures on critical biomes that contribute to the regulation of the state of the Earth System through carbon sinks and moisture feedbacks, such as the Amazon and boreal forest and to build much more effective stewardship of the marine and terrestrial biospheres in general.

The present dominant socioeconomic system, however, is based on high-carbon economic growth and exploitative resource use. Attempts to modify this system have met with some success locally but little success globally in reducing greenhouse gas emissions or building more effective stewardship of the biosphere.

Incremental linear changes to the present socioeconomic system are not enough to stabilize the Earth System. Widespread, rapid, and fundamental transformations will likely be required to reduce the risk of crossing the threshold and locking in the Hothouse Earth pathway; these include changes in behavior, technology and innovation, governance, and values.

Biodiversity and nature’s contributions to people are our common heritage and humanity’s most important life-supporting safety net. But our safety net is stretched almost to breaking point