How special (or not) is biology? 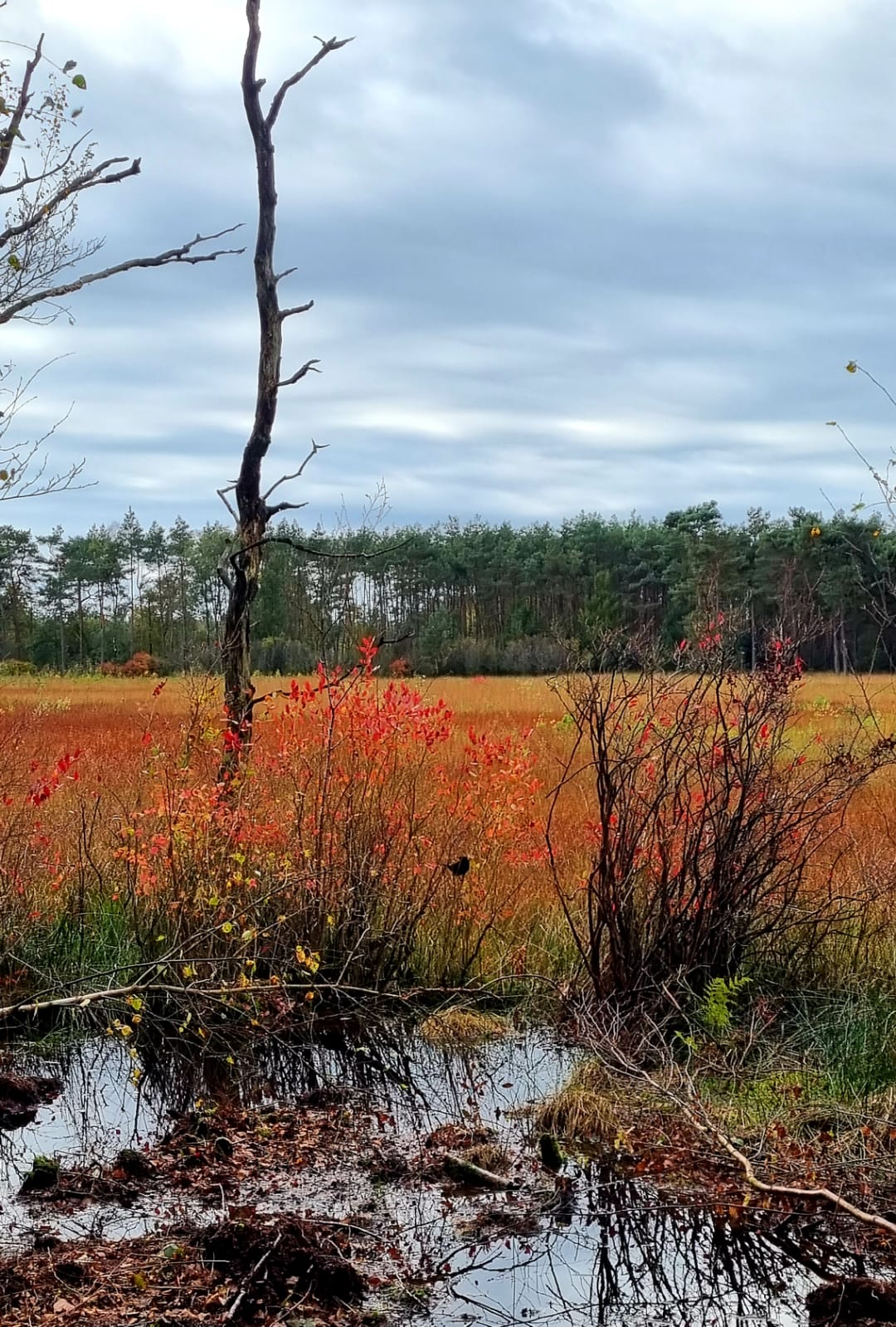 Over seventy years ago, Erwin Schrödinger in his famous book ‘What is Life?’, posed the following question: ‘How can the events that take place in space and time and within a living organism be accounted for by physics and chemistry?’.

A fundamental change of metaphors: from seeing the world as a machine to understanding it as a network. The entire material world, ultimately, is a network of inseparable patterns of relationships, including the planet as a whole is a living, self-regulating system. Evolution is no longer seen as a competitive struggle for existence, but rather as a cooperative dance in which creativity and the constant emergence of novelty are the driving forces. With the emphasis on complexity, nonlinearity, and patterns of organization, it is clear that living systems evolve, adapt, and change as a result of their interactions or information exchange with other systems.

With the appearance and evolution of organisms, the surface of Earth has become our biosphere, which is occupied by organisms and inanimate matter. Life, information, and consciousness are entities unique to the biosphere. Each of these three entities has its own properties, physiological behaviors, and physiological functions, but they only appear together as a whole in a living being. That is, the biotic phenomena of life, information, and consciousness cannot exist individually in an organism (unlike the physical phenomena of sound and light); they are indivisibly linked and this is reflected in an organism’s biological behavior as a result of the interaction of its internal environment with its external environment.

The traits of life, such as replication, evolution, and using energy to move, are examples of emergent phenomena—complex properties that arise from the interactions of a large number of simpler components. In the case of life, the emergent behaviors arise from interactions among molecules and from how the molecules group together to form structures or carry out functions. Living creatures can respond in seemingly disparate ways to the same stimulus. Biological systems have this feedback loop that makes them very difficult to analyze using standard differential equations. A characteristic of an organism is that, for it to survive, it must interact continuously with its external environment to obtain matter, energy, and information; it must also engage in various cybernetic systems, such as by exchange and feedback of information, to adjust to external environmental stresses. For this reason, the biotic process of living beings must involve mutual interaction and communication of information between the organism and its forever changing external environment (both abiotic and biotic aspects). If either information or external environment were missing, there would be no biotic activity, or no life.

The difference between a living and a dead organism lies in the basic process of life as the ceaseless flow of energy and matter through a network of chemical reactions, which enables a living organism to continually generate, repair, and perpetuate itself. For the most part, living organisms crave stability. Nature is relentlessly competitive, and evolution constantly eliminates lifeforms that are less successful than their competitors. This selective pressure implies that there is ordinarily little tolerance of instability: a species must adopt the most effective strategy to deal with any challenge that it faces and then operate consistently in accordance with that principle. In keeping with this requirement, a fundamental principle of physiology at the level of the individual organism is homeostasis, the maintenance of an appropriate steady state.

One of the most important insights of the systems view of life is the recognition that networks are the basic pattern of organization of all living systems. The key characteristic of living networks is that they are self-generating; autopoiesis.

Living networks continually create or recreate themselves by transforming or replacing their components. In this way they undergo continual structural changes while preserving their web-like patterns of organization. This coexistence of stability and change is one of the key characteristics of life.

Biological systems do not defy physical laws, of course—but neither do they seem to be predicted by them. In contrast, they are goal-directed: survive and reproduce. Evolution is a uniquely biological dynamical process. Yet physics might have been remarkably useful in thinking about it. There has been a recent paradigm shift in the subject: whereas to consider adaptive events as quite rare, it is recognized  that they are ubiquitous and natural selection is ever present, continuously at work sorting through multitudes of small competing mutations. The general guiding principle, evolution, depends on chance and randomness, and natural selection gives it the appearance of intention and purpose. Animals are drawn to water not by some magnetic attraction, but because of their instinct, their intention, to survive. Rather than seeing evolution as the result of only random mutations and natural selection, it is the creative unfolding of life in forms of ever-increasing diversity and complexity as an inherent characteristic of all living systems. Although mutation and natural selection are still acknowledged as important aspects of biological evolution, the central focus is on creativity, on life’s constant reaching out into novelty. Life seems surprising in light of the laws of physics. In closed physical systems, entropy increases over time: statistically speaking, matter becomes more disordered because there are more possible ways for it to be disordered than there are for it to be ordered. In living systems, something different is true: over time, order and complexity increase.

LIFE OPERATES OUT OF THERMODYNAMIC EQUILIBRIUM

According to thermodynamics, the capacity to extract useful work from the energy resources of the universe is always diminishing. Pockets of energy are declining, concentrations of heat are being smoothed away. In every physical process, some energy is inevitably dissipated as useless heat, lost among the random motions of molecules. This randomness is equated with the thermodynamic quantity called entropy—a measurement of disorder—which is always increasing. That is the second law of thermodynamics. Whereas a beaker full of reacting chemicals will eventually expend its energy and fall into boring stasis and equilibrium, living systems have collectively been avoiding the lifeless equilibrium state since the origin of life about three and a half billion years ago. They harvest energy from their surroundings to sustain this nonequilibrium state, presumably evolution has reached an optimal tradeoff between economy, flexibility, and rapidity of responsiveness, and the optimum evidently lies well in the direction of dissipation. And the reason shows that there is a deep connection between thermodynamics and the processing of information—or in other words, computation.

Once we regard living things as agents performing a computation—collecting and storing information about an unpredictable environment—capacities and considerations such as replication, adaptation, agency, purpose and meaning can be understood as arising not from evolutionary improvisation, but as inevitable corollaries of physical laws. Meaning and intention—thought to be the defining characteristics of living systems—may then emerge naturally through the laws of thermodynamics and statistical mechanics.

Developments in nonequilibrium physics, complex systems science and information theory make it clear that there is a kind of physics behind biological teleology and agency, something at the heart of fundamental physics itself: information. Evolution, which is a uniquely biological phenomenon, is the trial and error learning process that leads over time to the accumulation of that heritable information.

THE INCLUSION OF GENETIC AND NON-GENETIC INFORMATION IS CRUCIAL.

Recent advances in our understanding of this subject have stemmed from the ever-growing processing power and memory capacity. Only 3% of our genome directly encodes proteins; what does the other 97% do? Formerly denigrated as ‘junk DNA’, some of the noncoding material is now known to be essential for programming gene expression. Living matter involves complex but orderly spatial structures on all scales, from submicroscopic DNA and protein structure, to cells and tissues, forming visible and familiar shapes of plants and animals. These structures come about through programmed self-assembly processes guided by genetic information, the heritable memory that controls self-replication and encodes functional capabilities, including the capacity for information processing and adaptive response to the environment. Another great challenge lies in relating the organization of the genome to an organism’s development. How do we go from genes to geometry? Perhaps physics can help understand how shape is encoded in the dynamics of tissue growth: think of a dynamical equation — a genetically encoded executable program — supplied with initial data courtesy of maternal factors in the egg. Guided by genetic information, developmental dynamics defines spatial structure: an example of space/time and information playing out in biology.

Life is not the same as living beings (organisms). Life is not matter (such as RNA and DNA). The chemical molecules and histological body of an organism are only a life carrier. Although the cell is the basic structural, functional, and biological unit of all known organisms, intracellular RNA and DNA molecules are only genetic information carriers. Additionally, any RNA and DNA molecules exterior to a cell are only information carriers and are not considered animate matter or life carriers.

Life is not a physical substance but a physiological phenomenon of a sequence (a flow) of information transmission activities, and it is only an information interaction process; the body of an organ[1]ism is both a life carrier and information carrier.