HUMANITY HAS CHANGED NATURE PROFOUNDLY, BUT IT MAY BE ONLY THE BEGINNING. 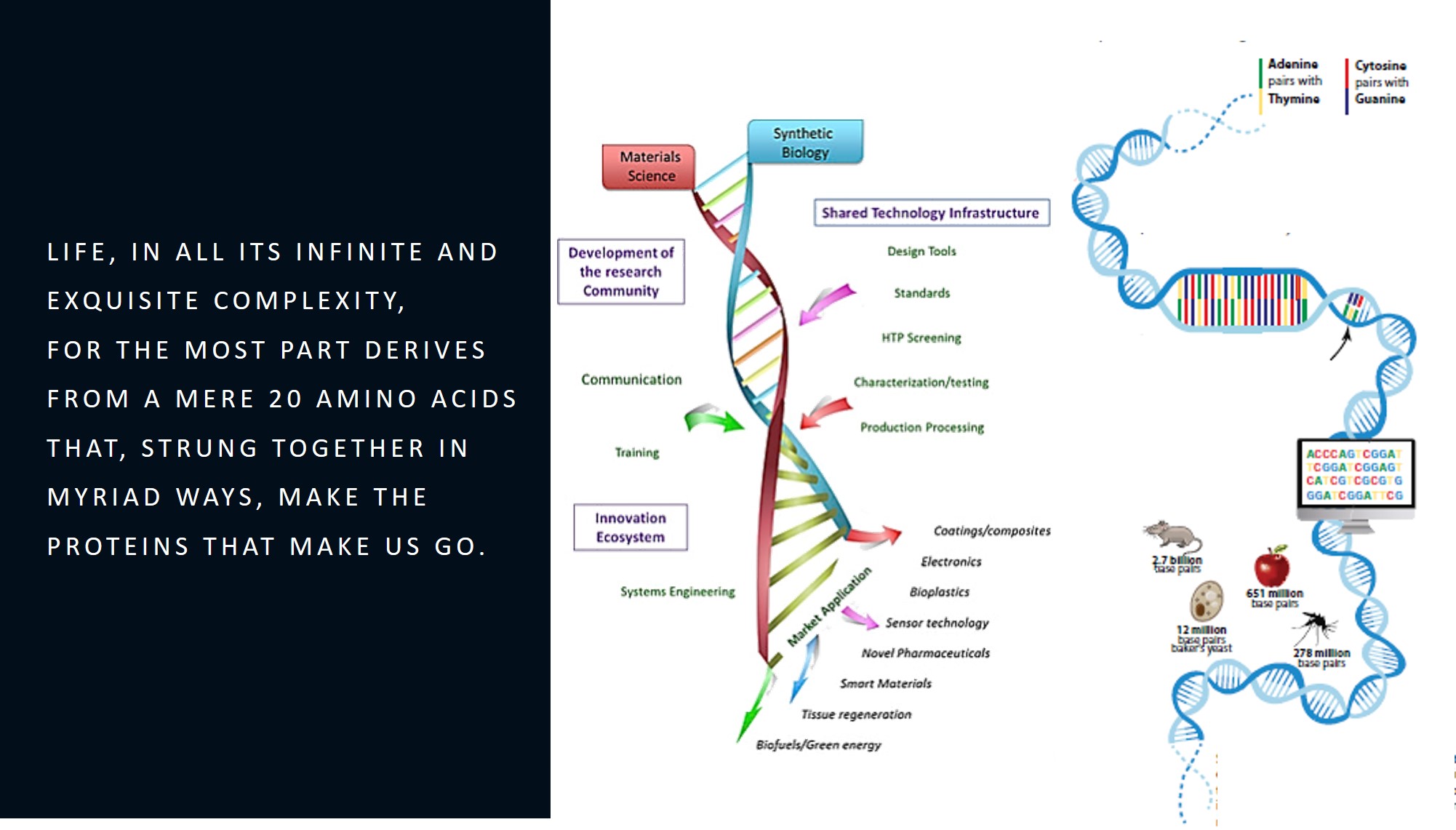 Transforming and regenerating the Earth as well as our development pattern will be useful to future generations. The well-being of our future will be dependent on how we can produce technology that can govern our climate, health, social equity and stability. Industry 4.0 emerged from innovative digital technology to create value creation, whilst Society 5.0 is argued as a human-centered society that balances economic advancement with Industry 4.0. On the other hand, the environment has provided us with natural resources that speed up the growth of our industries and economies towards sustainability.

Technology 4.0 can be used to mitigate and provide a solution for enhancing our way of life by producing sustainable products and services.  The creativity and innovation of technology development contributes to improving the global environment by producing green, resource-secure and inclusive economies for all. Furthermore, technologies such as Internet of Things (IoT), Artificial Intelligence (AI), data analytics, machine learning, 3D printing, etc, can be used to create, expand and monitor the effectiveness of sustainable development and environmental compliance across the globe. Industry 4.0 can be efficiently used to control and to improve required resources, energy, water and waste by connecting and automatically exchanging information via intra- and inter-systems.

Society 5.0 will feature enhanced forms of robotics, AI, nanotechnology, and biotechnology, an enhanced Internet of Things, and further exploitation of Big Data. Both Industry 4.0 and Society 5.0 are premised on the creation of increasingly sophisticated cyber–physical systems, which are characterized by their reliance on embedded, decentralized, real-time computation occurring within a network of heterogeneous physical objects. More specifically, it expands Industry 4.0 pursuit of an integration between technology, virtual space and the human being, between the real world and the virtual world. In future societies, human beings and their natural and artificial environments will thus become melded at multiple temporal and spatial scales to create cognitive cooperative systems and human-technology partnerships.

Thanks to its profoundly technologized, cyber-physical nature, Society 5.0 will be able to incorporate into its societal structures and dynamics types of beings that had not previously been found within the world’s societies.

As long as humans have existed, we have been influencing our planet’s flora and fauna. So, if humanity continues to flourish far into the future, how will nature change? And how might this affect our own biology and evolutionary trajectory? The short answer: it will be strange, potentially beautiful and like nothing we’re used to.

THINK ABOUT IT: life, in all its infinite and exquisite complexity, for the most part derives from a mere 20 amino acids that, strung together in myriad ways, make the proteins that make us go.

FUTURE NATURE is proposed as regenerating nature, so it enables us to invent the technology that helps us in sustaining the earth as our living place. It follows the processes of creation, adaptation,  evolution and coalition. After the existence of Earth, the adaptation stage is the process that makes organisms better suited to their habitat. Interactions between organisms produce evolutions of fitness, and over hundred years later, evolution has caused us to promote and share the Earth’s natural resources. The advancements in the technology revolution have allowed us to play a significant role in shaping and regenerating nature.

Romantically perhaps, we still view anything that hasn’t been selectively bred, industrialized, or deliberately genetically altered as natural and pristine. However, there remains very little of nature that does not bear the sticky fingerprints of humanity in some way. Since our ancestors spread out of Africa some 50-70,000 years ago, snacking on all the megafauna on the way and thereby radically changing the landscape, our species has been shaping and transforming nature.

Around 10,000 years ago, we began selectively breeding organisms we found the most desirable, thereby altering the genetic composition of species. Today, technology has only accelerated this practice. From cattle to pet dogs, we have propagated these bred organisms all over the world, creating a huge biomass that wouldn’t exist without us, and introduced cosmopolitan breeds that test the limits of physiology for aesthetic or agricultural benefit.

Over millennia, our influence on many taxonomic groups has been profound. Our food demands mean that 70% of all birds currently alive are chicken and other poultry, enough to create their own geological strata. Meanwhile, human hunting, competition and habitat destruction has killed off so many large fauna that the average size of mammals has shrunk. There have already been irreversible losses of biodiversity and species.

Yet our impact on nature so far may only be the beginning. New genetic tools promise a step change in our ability to manipulate organisms. We are moving into a future where selecting positive traits in crops or animals arising from natural variation, still a laborious and time-consuming process, is no longer necessary. With ever more precise genomic editing techniques, such as Crispr-Cas9, we can move suites of genes between species, drive certain genes preferentially through natural populations – and even create wholly synthetic organisms. As such, bioengineering represents a new form of genetic information transfer, creation, and inheritance.

If we extend our lens to the far future, how will these technologies change our relationship with the rest of life on Earth? Various trajectories lay in front of us, from the holistic to the truly strange.

It is possible that we may decide to scale back our modification of nature and the wild. After all, there are very prescient concerns as to what could go wrong: for example, off-site genetic damage whereby the molecular scissors used to cut and insert pieces of DNA produce unintended effects, or recipient ecosystems become unstable in other, unpredicted ways.

In this potential future trajectory, humans might collectively decide to re-wild nature, and make space for the non-human to exist on a well-functioning planet, recognizing that the biosphere (although already heavily influenced by humans), still represents a relatively whole and billion-year stress-tested form of adaptive complexity. This would probably be the most effective way to protect ecosystems and ensure human survival on planet Earth for the long-term. We could re-wild a significant proportion of the planet, and concentrate food production into multi-story inner city locations. It would be an action that respects all the forms that life takes presently, in the knowledge that things will slowly evolve and eventually change without explicit interference.

Yet, it is not sure that future trajectory is very likely. There will probably be a national and market arms-race to develop and implement technologies that will continue to tamper with nature, not least to protect or patent essential ecosystem services in the Anthropocene, or in the name of defense, but also since humanity’s powers and curiosity to manipulate the raw materials of life are seductive and ever-increasing. At the same time we are becoming ever more separated from other organisms and ecosystems. In such a severed state it is easier to conceive of radically altering the fabric of nature to wholly support human interests.

Bioengineered agents are likely to be more fit than their predecessors and become competitors, since they will be deliberately engineered for either satisfying human aspirations (and therefore will be preferentially under our protection), or for survival in an anthropically altered world. As such, modified organisms are likely to either replace nature as it stands, or, corporations might seek to, overtly or covertly, do away with comparably unreliable biological entities entirely and populate it with synthesized agents. It’s a future that would likely be fragile and fraught with complications, in addition to being devoid of biophilia.

Looking very far ahead, a bio-engineered trajectory for nature could even change our sense of what it means to be human.

As mentioned in Society 5.0 we have speculated the merge of humans with silicon technology. This technophilic transhumanist view proposes we may eventually integrate with artificial intelligence to enhance human sensory or intellectual capabilities or upload ourselves into a digital realm post-death to achieve a kind of immortality.

But what if our path was, instead, to merge with nature (as well)? A green transhumanism, where the human integrates with ‘nature’ in such a way as to be itself transformed. Perhaps the real utility of artificial intelligence is to help us repurpose genes and organisms into, sympoiesis – a mutually beneficial hybridization with humans.

This post-natural fundamental merging and co-creation with other life forms, the disruption and multiplication future is far past many people’s comfort zones. Radical change in genomes is conflated with the idea of human identity being completely lost, even while the results on the plants and animals within the zone are sometimes undeniably lovely.

All this potential genetic modification might feel uncomfortable and strange to many people in the present day we really have to rethink these possible future trajectories. It might become increasingly important in the post-natural age.

There are no real boundaries between humans and the environment, no such thing as an individual, and that all things, including gene flows into the future and their routes, are in a constant state of flux. For example, the cells of our own bodies are the result of symbiosis of two separate microbial lineages in the deep past – a major evolutionary transition discovered by evolutionary biologist Lynn Margulis. What’s more, our genome is littered with the genetic and extra-cellular vestiges of viruses and other parasites, and by adulthood we have more cells in our bodies belonging to other (mainly bacterial) species than of our own. This process philosophy points out that we are inescapably emmeshed with everything and in constant material and informational exchange.

In a far future where bio-technologies have matured, and restrictions on genetic transfer have been removed, we might be able to view a radical change in evolutionary processes. Simply put, a new form of genetic information transfer will have evolved, much like in the major evolutionary transitions of the past.

Rewilding, while currently seeming unlikely, remains the safest and most moral path for the future. But assuming that biotechnology becomes more ubiquitous, it is unclear how exactly we will exist in the post-natural era. Much will be dependent on how we will navigate the unfolding threat of climate change, but if humanity’s long-term trajectory of manipulating nature continues, the future is likely to be a strange land.