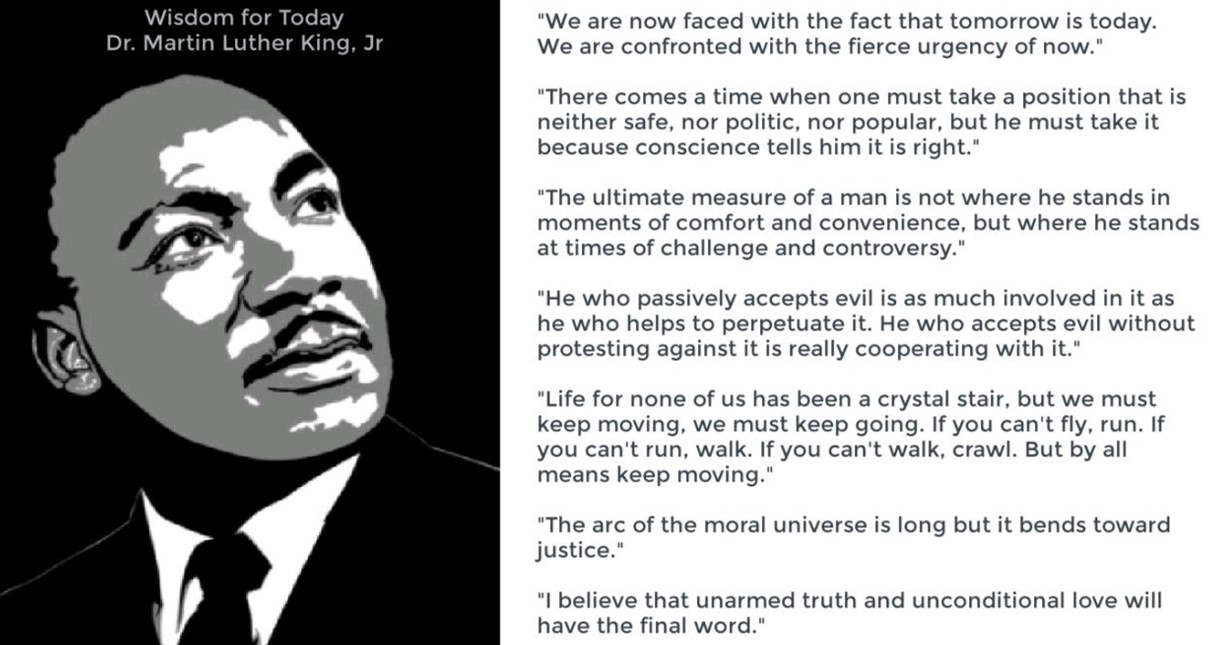 The evolution of intelligent life on a planet requires not only that planetary conditions are conducive to life at the start, as it first evolves, but also that the planet remains habitable subsequently, without interruption. This is because there has to be enough time to allow life to increase in complexity from simple cells to more sophisticated single cells to multicellular life and eventually to intelligent life. On Earth this development took something like 3 or 4 billion years throughout which time liquid water appears to have been present somewhere on Earth’s surface, implying temperatures between its freezing and boiling points.

Earth behaves as a single, complex adaptive system, driven by the diverse interactions among energy, matter and organisms. An integrated system comprised of geosphere, atmosphere, hydrosphere, cryosphere as well as biosphere components, with nonlinear interactions and feedback loops between and within them and can cause irreversible, threshold-abrupt change behavior. Forcing’s and feedbacks among the spheres, included psycho-social feedbacks involving the anthroposphere, describe the functioning of the Earth System as a whole. It is a must to include the anthroposphere as a fully integrated, interactive component of the Earth System.

Complex systems can, to a first approximation, be characterized by the fact that their dynamics emerging at the macroscopic level cannot be easily explained from the microscopic dynamics of the individual constituents of the system. This property of complex systems can be identified in virtually all-natural systems surrounding us, but also in many social, economic, and technological systems. Tipping elements and cascades highlights the ultimate risks of not only climate change, but also of biosphere degradation and the destabilization of the Earth System as a whole. Tipping elements include, by example, important biomes such as the Amazon rainforest and boreal forests, major circulation systems such as the Atlantic Meridional Overturning Circulation, and large ice masses such as the Greenland Ice Sheet. In the latter example, a reinforcing feedback occurs because as the ice sheet melts, its surface lowers into a warmer climate, increasing the melting rate. Beyond a critical point of self-reinforcement, the feedback loop leads to an irreversible loss of the Ice Sheet.

The glaciers and snowpack of Asia’s three highest mountain ranges harbor the largest volume of freshwater outside the polar ice sheets, leading hydrologists to dub this region ‘The Third Pole’. One-seventh of the world’s population depends on rivers flowing from these mountains for water to drink and to irrigate crops. Rapid changes in the region’s climate, however, are affecting glacier melt and snowmelt. People in the region are already modifying their land-use practices in response to the changing water supply, and the region’s ecology is transforming. Future changes are likely to influence food and water security in India, Pakistan, China and other nations.

Major changes in the biosphere are directly linked to the growth of human systems. The dangerous effects of climate change are much more evident to people than those of biodiversity loss, but society is still finding it difficult to deal with them effectively. While the rapid loss of species and populations differs regionally in intensity and most species have not been adequately assessed for extinction risk, certain global trends are obvious. That we are already on the path of a sixth major extinction is now scientifically undeniable and the massive ecological overshoot has allowed us to decouple human demand from biological regeneration. With such a rapid, catastrophic loss of biodiversity, ecological overshoot the ecosystem services have also declined. These include among other things, reduced carbon sequestration, reduced pollination, soil degradation, poorer water and air quality, more frequent and intense flooding and fires and compromised human health.

More recent research has focused on the causal coupling between tipping elements, via changes in temperature, precipitation patterns and oceanic and atmospheric circulation, and their potential to form cascades. Tipping cascades could provide the dynamical process that drives the transition of the Earth System from one state to another, effectively becoming a planetary-level threshold. Increasing attention must be given to the concept of tipping dynamics as a nonlinear mechanism, tipping point interactions and cascades, and potential planetary thresholds and state shifts behind disruptive system changes.

Concluding, rapid rates of change can be observed under certain critical conditions in natural, socioeconomic, and social-ecological systems. These human-induced global changes have pushed the Earth System into a no-analogue state where climatic and other environmental/ecological conditions are outside of the range of the last half million years (at least), increasing the likelihood of unpredictable changes with potentially harmful consequences. By pushing Earth’s climate and biosphere out of the dynamics of the Holocene, humanity is at risk of moving our planet outside a safe operating space by altering important feedback loops, potentially producing abrupt and irreversible systemic changes with impacts on current and future generations.

The Planetary Boundaries framework links biophysical understanding of the Earth (states, fluxes, nonlinearities, tipping elements) to the policy and governance communities at the global level. Built around nine processes which collectively describe the state of the Earth System (including climate change, biodiversity loss, ocean acidification and land use change), the Planetary Boundaries framework guides the levels of human perturbations that can be absorbed by the Earth System whilst maintaining a stable, Holocene-like state – a ‘safe operating space’ for humanity – the only state that we know for certain can support agriculture, settlements and cities, and complex human societies.

The apparent paradox of high and rising average standard of living despite a mounting environmental toll has come at a great cost to the stability of humanity’s medium and long-term life-support system.

In this era of global change, human dynamics, as embodied in the social sciences and humanities, must be integrate with biophysical dynamics. The human dimensions of the earth system must therefore go well beyond economic models and incorporate human social, cultural and economic systems and the deeper human characteristics that capture our core values and how we view our relationship to the rest of the Earth System. The biggest challenge is to understand human activities and social structures as the least predictable, but at present also the most influential component of our planet.

The Anthropocene is a proposed new geological epoch based on the observation that human impacts on essential planetary processes have become so profound that they have driven the Earth out of the Holocene epoch in which agriculture, sedentary communities, and eventually, socially and technologically complex human societies developed. The formalization of the Anthropocene as a new geological epoch is being considered by the stratigraphic community, but regardless of the outcome of that process, it is becoming apparent, as mentioned above, that Anthropocene conditions transgress Holocene conditions in several respects. The knowledge that human activity now rivals geological forces in influencing the trajectory of the Earth System has important implications for societal decision making. While recognizing that different societies around the world have contributed differently and unequally to pressures on the Earth System and will have varied capabilities to alter future trajectories, the sum total of human impacts on the system needs to be taken into account for analyzing future trajectories of the Earth System. And, with it, Earth’s ability to support complex life. But the mainstream is having difficulty grasping the magnitude of this loss, despite the steady erosion of the fabric of human civilization.

The Anthropocene has become an exceptionally powerful unifying concept that places climate change, biodiversity loss, pollution, and other environmental issues as well as social issues such as high consumption, growing inequalities and urbanization within the same framework. Importantly, the Anthropocene is building the foundation for a deeper integration of the natural sciences, social sciences, and humanities, and contributing to the development of sustainability science through research on the origins of the Anthropocene and its potential future trajectories.

For 10,000 years, human civilization has grown and thrived because of Earth’s remarkable regenerative capacity that sustains climate stability and rich biological diversity. In the last 50 years, human activity has severely undermined this resilience. Our patterns of economic growth, development, production, and consumption are pushing the Earth’s life-support systems beyond their natural boundaries.

The stability of these systems – our global commons on which we so fundamentally depend – is now at risk. Our actions in the coming decade will influence the trajectory of our planet and our future survival. It is not possible to bank on another 10,000 years of human development if we continue to destroy the ground upon which our civilization has been built a rich, diverse, functioning biosphere. The stakes really are this high.

The challenges are even beyond the unifying concept of the Anthropocene as an effective way to describe the current, human-dominated era …

It is not my objective to present a fatalist perspective, because there are many examples of successful interventions to prevent extinctions, restore ecosystems, and encourage more sustainable economic activity at both local and regional scales.

I am hopeful, but fear that the momentum for ‘change’ might slip away …. we are in a race against time — and we are losing. With each passing year, it becomes clearer just how far behind we have fallen, how fast the situation is deteriorating, and how tragic the results can be.

I am so overwhelmed by the colossal challenges facing the international community and given existence of a human optimism bias that triggers some to underestimate the severity of a crisis and ignore expert warnings the response has been insufficiently.

This is a critical decade for humanity and at the same time an unprecedented opportunity. A different world, a different economy is feasible, desirable and necessary. We have the tools to design resilience to future crises rather than simply react to disaster. But we need political will and joined-up leadership.

The challenges that lie before us are unlike any other ever faced by humankind. As a society we must acknowledge humanity’s greatest existential threats, bend the curve, avert the impending disaster and opt instead to embark on the fastest and most exciting social and economic transformation in human history.

Taking inspiration from President John F. Kennedy’s Moonshot which united millions of people around an organizing goal to put man on the moon and catalyzed the development of new technology in the 1960s. President Kennedy called for the original moonshot at exactly the right moment in history. And the brightest minds delivered.

A moonshot which aims to generate new ways of thinking, as well as new technologies, decision support systems, policies and solutions. Applying disruptive, innovative thinking to difficult problems. Today, we have access to means and resources that were unimaginable 50 years ago. Let’s make the impossible possible again.