On the edge of transformative innovation and renewed creativity. 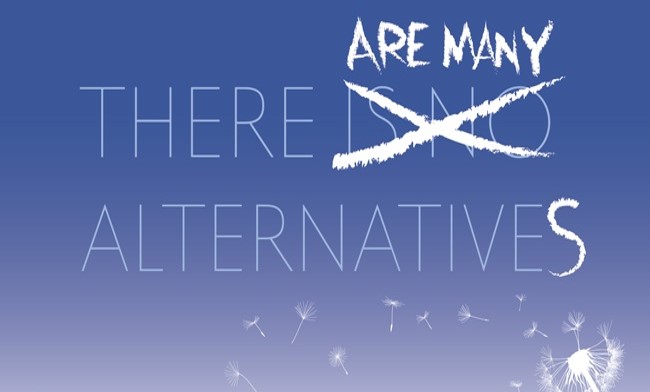 A city is a continuously adapting complex network. This kind of network has been shown to be very resilient to network fault. It connects people in surprising ways, allowing for dissemination of information and influence through countless links. It’s a decentralized, living organism where each person is -more or less- free to change role, activity, occupation and domestic state. For the most part, it adapts to changing times well, through the millions of decisions taken by its citizens every day. There is no central management (regardless of what its governmental organization may think), no ‘strategic planning session’. No ‘chain of command’. The citizens of the city tend to have a very high stake in the success of the city, either because they are economically and socially active, or because it is part of their self-esteem, culture and persona.

The urban realm is changing rapidly and becoming increasingly interconnected across continents, and across contrasting types of land covers, while at the same time facing new environmental threats and experiencing new demographic and social pressures. The urban component of the global ecosystem can be made more sustainable by incorporating the ecological understanding of resilience into the discourse. Sustainability is seen as a social, normative goal, which can be promoted using the mechanisms of ecological resilience. Ecological resilience differs from engineering resilience. Ecological resilience emphasizes the capacity to adjust to external shocks and changes in controlling interactions, while engineering resilience emphasizes its ability to return to a state that existed before perturbation. Ecological resilience is particularly appropriate to urban systems, given the extent and open-ended nature of the changes and challenges they face. Adaptive processes are explored as contributions to the achievement of a successful adaptive cycle in urban socio-ecological systems. Key tools for incorporating the ecological thinking about resilience into the social discourse include landscape or patch ecology, the novel idea of the metacity, an assessment of ecological and design models, and the use of designs as experiments.

Resilience has been highlighted for the last years as one of the most important mechanisms of survival and evolution of systems. However, with the complexity, volatility, uncertainty and disorder becoming constant in our daily lives, it is time for adjustments and improvements in resilience, in order to maintain its efficiency. As a consequence, various skills, such as adaptation, learning, self-organization and others, have been added to it, increasing it to antifragility. Focusing on this process of evolution antifragility is resilience in its most advanced form.

The aspects of this ‘advanced resilience’ (persistence, adaptive capacity, transformability and evolution) describes important capacities of living systems: to resist collapse and maintain vital functions, to adapt to changing conditions (learn and self-organize) and in the case of Socio-Ecological Systems to apply foresight and anticipation to ‘design for positive emergence’ — to transform the system towards increased health and an improved capacity to respond wisely and creatively to disruptions and change.

The theory of complex dynamic systems describes the periodic, rhythmic dance between order and disorder (and sometimes chaos), between stability and transformation as a fundamental pattern of self-organization in complex (living) systems. As any system begins to mature, there is an accompanying increase in fixed and ordered patterns of interactions and resource flows. The system becomes over-connected, or better, the existing qualities and quantities of connections are such that they inhibit the formation of new pathways needed for the system’s overall adaptation to outside changes and its continued evolution. Eventually this leads to rigidity within the system, and it becomes brittle, less resilient, and more susceptible to disturbances from the outside.

At this point, the effects of detrimental run-away feedback loops inside the system can further challenge viability. The often resulting gradual or sudden breakdown of the old order and structures moves the system closer to ‘the edge of chaos’ — the edge of its current stability (dynamic equilibrium) domain. The reorganization of resource flows and changes in the quality and quantity of interconnections within the system at this point create a crisis that can be turned into an opportunity for transformation and innovation.

At the edge of chaos, complex dynamic systems are at their most creative. The world and humanity is currently at a crossroads between breakdown and breakthrough. If we take appropriate actions, the chaos point could be an opportunity to “leap to a new civilization”.

Understanding the overall dynamics of change we are in the midst of is important. We need to learn to work with rather than fight against these cyclical patterns of creative innovation, consolidation, ossification and eventual dissolution to make room for transformative innovation and renewed creativity.

Unexpected events have become more frequent, making it difficult to maintain a constant equilibrium and stimulating the emersion of a new mechanism of resilience, no longer centered on the search for balance nor on the return to its original form, but rather on the development of competences which promote improvements to the systems, allowing them to evolve through stress and disorder.

In this scenario, with increasing complexity and widespread diffusion, learning and self-organization skills present in complex systems become essential to survive, providing to the systems a greater adaptability and efficiency, which allow them not only to resist, but also to evolve in the face of disorder and chaos.

This mechanism of survival and evolution, called resilience by many, is called antifragility describing it as something beyond resilience because it improves with shocks and it is not only resistant to them.