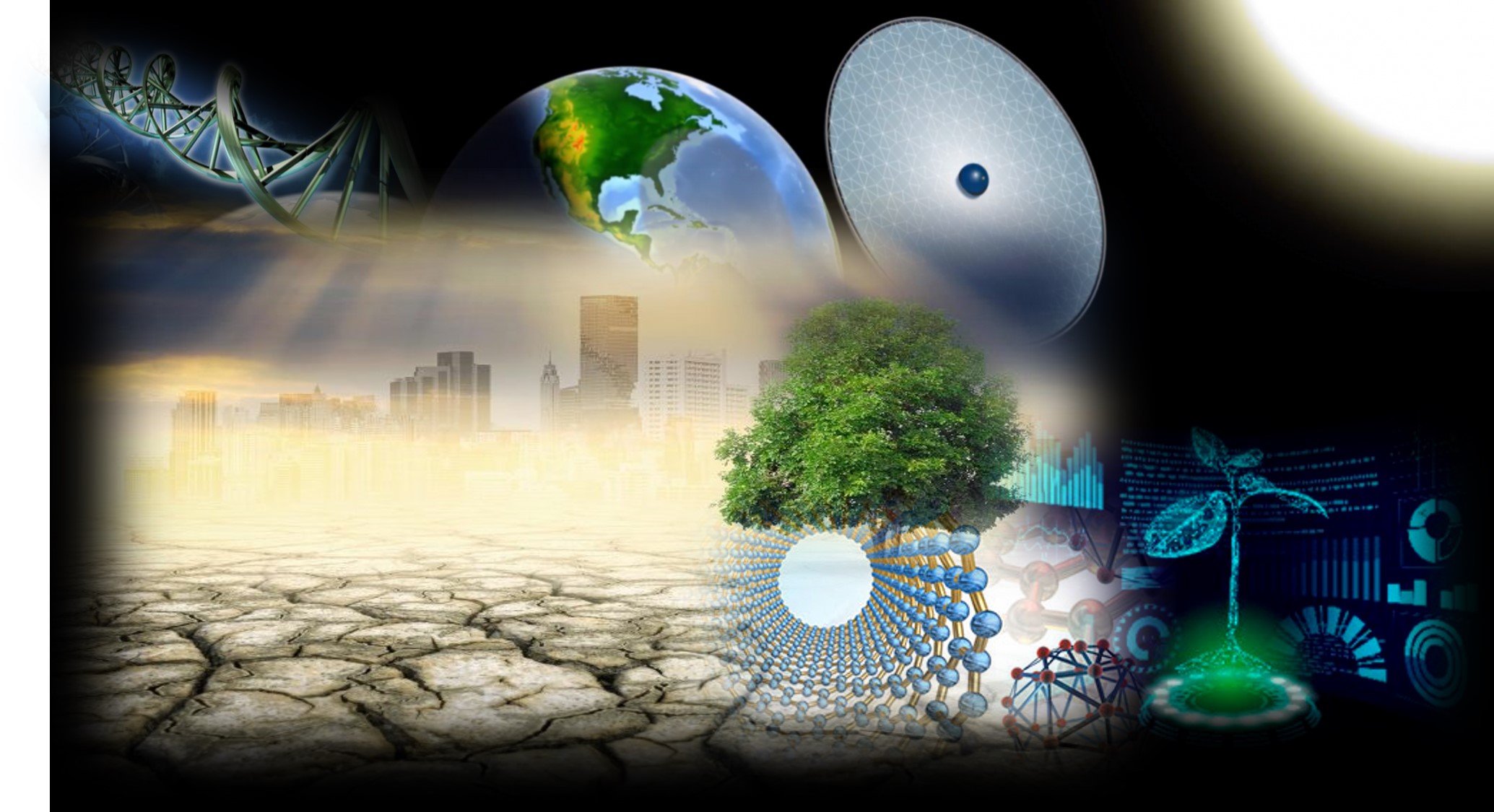 There are no longer any places left on Earth untouched by humans. In the newly designated ‘human age’, our species’ impact on the oceans, the land and the atmosphere has become an inescapable feature of the Earth. This idea that humanity has forced a geological transition is capturing people’s attention not just because changes in epochs are rare. It is attracting notice because our species is gripped by the idea that we possess planetary powers. The significance of this goes beyond statistics documenting melting glaciers and shrinking species counts. It signals a new geological epoch, The Anthropocene.

One of the most startling aspect in this epoch is not only how much impact humans have had but, more important, how much deliberate shaping they will start to do. Emerging technologies promise to give us the power to take over some of Nature’s most basic operations. It is not just that we are exiting the Holocene and entering the Anthropocene; it is that we are leaving behind the time in which planetary change is just the unintended consequence of unbridled industrialism. A second fact about the Anthropocene is that we are changing how the planet works. It is not just that human activities have stained every corner of the entire planet. The simultaneous arrival of a range of powerful new technologies are starting to signal a potential takeover of Earth’s most basic operations by its most audacious species.

Human beings are now learning how to replace some of nature’s most historically influential operations with synthetic ones of their own design in a myriad of ways. Learning how to synthesize and stitch together new arrangements of DNA and useful organisms; fabricating novel atomic and molecular structures, which will create entirely new material properties; reassembling the species composition of ecosystems; and even studying how to deploy technologies that will turn back the sun to keep the planet cool.

Synthetic biology, climate engineering, and nanotechnology are reaching deep into the workings of nature to alter the very metabolism of the planet. It could lead humanity on the path towards an entirely new, synthetic world.

Reconfiguration by means of NANOTECHNOLOGIES that can restructure natural forms of matter, molecular manufacturing that offers unlimited repurposing. With intentionally manufactured nanomaterials, the ordinary quickly becomes the extraordinary. The source of nanomaterials intense reactivity and unusual properties is in large a matter of basic geometry: if you take any sphere and shrink in in its size, the ratio of its surface area to volume goes up. At Nano range the surface to volume ratio starts to become ridiculously large. With all this exposed surface area, it is not surprising that materials develop chemical and physical properties. Another reason properties change has more to do with matter itself; at nanoscale quantum effects starts to dictate the materials behavior.

With the ability to place individual atoms in the arrangement of your choice you could gain the potential to construct anything imaginable. Molecular Manufacturing, Designing Synthetic Biological Materials towards new advanced materials and new bio-based products and routes to their affordable and sustainable manufacture. Molecular Manufacturing makes it possible to move atoms around to construct nanoscale robots. The discovery and manufacture of Synthetic Biological Materials, where synthetic biology has the capacity to usher new materials from biology that will revolutionize the discovery and manufacture of innovative synthetic biological materials. These will encompass novel, smart, functionalized and hybrid materials for diverse applications whose discovery and routes to bio-production will be stimulated by the fusion of new technologies positioned across physical, digital and biological spheres.

SYNTHETIC BIOLOGY’S mimicking Darwinian selection, and the beneficial phenotypes are propagated to offspring. The potential to build, not just read, a genome. As well as molecular biology, synthetic biology interfaces with engineering, chemistry, physics, computer science and systems biology  and is focused on developing more rapid and simple methods to produce genetically modified organisms (GMOs) by adding or removing genes, or creating genetic elements from scratch.

Unlike traditional genetic engineering, which typically involves the transfer of individual genes between cells, synthetic biology involves the assembly of new sequences of DNA and even entire genomes. The distinction between synthetic biology and traditional genetic engineering is important. Although synthetic biology builds on the techniques of classical genetic engineering, many elements are entirely novel (and thus require fresh evaluation). Think resurrecting species and biological mini-machines that can outdesign evolution.  The addition of appropriate selection pressure is a key factor to the acquisition of the desired phenotype. In this aspect, synthetic biology can provide tools to accumulate genetic mutations and to link or convert these genotypes into detectable phenotypes. Techniques for phenotypic perturbation such as transcription/ translation machinery engineering, CRISPRi/a, sRNA, MAGE derived techniques, error-prone replication machinery, and genome shuffling are demonstrated. Immediate benefits can be derived from protecting at-risk species by genetically modification, engineering solutions to other threats to biodiversity, including infectious diseases and control of disease vectors by using gene drive systems, it is possible to change the genomes of populations.

Synthetically engineered microbes could be used to degrade more persistent chemicals such as dioxins, pharmaceuticals, pesticides or radioactive substances.

Synthetic biology can be used to synthesize products currently extracted from plants and animals. Engineering biosynthetic pathways provides an alternative and cost-effective method of  producing drugs of natural origin.

Plant breeding techniques have been around for decades, new techniques differ from the methods traditionally used to create GMOs (such as transgenesis) because they involve specific and targeted changes to the genome, and do not involve any foreign DNA.

There are many possible benefits to these new techniques: increasing yield, improving crop quality, developing resistance to pests and diseases, creating plants that use resources more efficiently or can adapt to environmental extremes, crops with enhanced nutritional quality, increasing genetic diversity and reducing crop losses

ANTHROPOGENIC CLIMATE CHANGE has already altered how heat moves through the system. As devastating as this is, up till now, climate change has never been a matter of intentional planning and design. Our species has never before attempted to calibrate what the Sun will deliver. This thermal quotient has been baked into the physics of the solar system. Climate engineering attempts to manage solar radiation by synthesizing a volcanic haze, cool surface temperatures by increasing the brightness of clouds, and remove carbon from the atmosphere with artificial trees that capture carbon from the breeze. Should a large-scale deployment of reflective particles into the stratosphere eventually happen, it will rewrite this equation in our own hand. Unlike habitat destruction, carbon emissions and other signatures of the Anthropocene epoch, the technologies being tested today are designed for consciously taking control of some of the key physical processes that shape our world.

Technologies such as gene drives and climate engineering go a quantum leap beyond what stratigraphers were noting when they recommended renaming this epoch the Anthropocene. Accidental changes are entirely different from deliberate ones. There is a huge difference between deliberately engineering something and simply making a mess. In the former, the sense of responsibility is much higher.

The bedrock laws of nature don’t disappear, of course, but they become subject to a deeper kind of manipulation. You could think of these as not simply cosmetic changes but metabolic ones. Charles Darwin, Gregor Mendel and the conventions of atmospheric physics become subject to a delicate kind of renegotiation.

The crossing of this line represents radically new territory for both our species and for the planet. Nature itself will be shaped by processes redesigned and improved. A transition in which background constants are increasingly replaced by artificial and improved versions of themselves. This remaking of the metabolism of the Earth strikes at the very core of how we understand our surroundings and our role in them.

Our species is constructing a synthetic version of nature, all the way from the atom to the atmosphere. Synthetic biology, nanotechnology, geoengineering are exciting fields with a vast range of potential applications, which have many benefits for our society in general and ecological systems and biodiversity especially. However, there are also many scientific uncertainties which may have matching adverse consequences. There are also complex ethical issues to investigate, including how these technologies may fundamentally change our perception of the natural world.

Should there be limits? And who decides? There is a lot to be enthusiastic about what technology offers but we have to understand that there is reason for caution. There is some sort of majesty in the world that is outside of our hands and who want to see that world continue in some fashion. It’s a difficult tension.

What does it mean when humans shift from being caretakers of the Earth to being shapers of it? And in whom should we trust to decide the contours of our synthetic future?