Rethinking the fundamental objective of our urban future and their destinies. 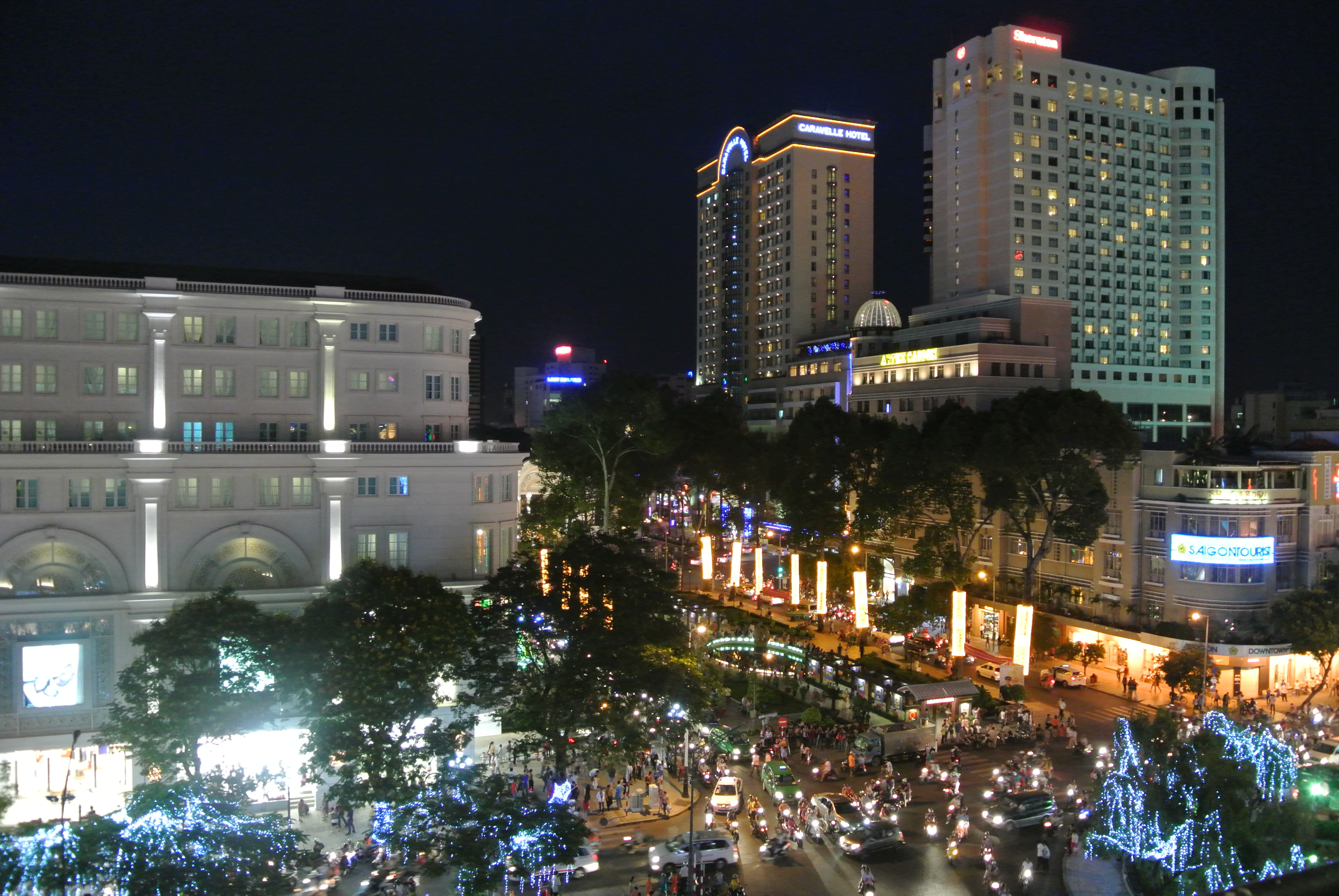 Humanity is making tremendous progress. It’s the best time ever to be alive. Why does no one know it?

Cities are a dense network of interconnected systems of increasing complexity, all of which use feedback information to exist in dynamic equilibrium. A new era of innovation for our urban future. A moment of recognition/realization

The city as the general form of human settlement, as the ecological niche of our species, belongs to the world of antifragility. The city as a system has proven through history to be capable to adapt, self-organize, improve and take advantage of the unpredictable, in short to prosper in disorder. Not only does the city exist for ten thousands years, not only is our culture predominantly a product of city, but also the majority of the human population lives in cities and the trends are that of a further consistent and rapid increase of urban population.

Cities are under constant pressure to adapt and this makes our build environment fragile. This pressure is applied by stressors that lead to change in areas such as economy, technology, society, ecology etc. and cannot be immediately neutralized by standard design, engineering and architectural concepts. Solutions that are being put forward today must therefore also be considered with a view to their -shortening- expiry date. Cities futures must be able to react to change by deploying different strategies. During the conception phase, the challenges of dealing with uncertainties and acknowledging the unknown are fundamental for development strategies.

These development strategies and concepts are not static, there is no absolute definition of a city, no end point, but rather a process, or series of steps, by which cities become more liveable and resilient and, hence, able to respond quicker to new challenges, shocks and continuous stress. The current urban and natural systems are seldom capable of dealing with sudden shocks, which are bound to occur at an increasing rate.

This are elements that recognize the important fact that cities are complex adaptive, hybrid systems -as systems of systems (natural, social, economical, geographical, ecological,…)- have always had the capability to adapt and to improve, due to external and internal stressors, due to the variety and plurality of needs and desires of their inhabitants, users, social and economic subjects, using available technologies and information.

THE REAL-TIME CITY IS REAL! As layers of networks and intelligent technology blanket urban space, new approaches to the study of cities are emerging. The way we describe and understand cities is being radically transformed—as are the tools we use to design them.

The view of the city as an ecosystem has changed the way we look at urban change and design. More recently, the city is seen as a complex adaptive hybrid system and this implies that adaptation, resilience and anti-fragility of the city can be discussed as core characteristics. A development dependent on accurate predictions is fragile, since such forecasting on complex system is, strictly speaking, impossible. This is in particular true for social systems, which are twice complex: besides their objective complexity due to numerous non-linear interactions among its constitutive elements, they also contain agents capable of choice and—within limits—free to chose.

But a development that does not tend towards a future and does not aim at producing a future, is a contradiction in terms. And it is not unreasonable to hold that a community wants and ought to think about its future, at least within an imaginable time horizon of three to four generations, and to try to avoid undesirable futures. In order to adapt to new circumstances urban systems need to become agile. Rather than only responding to change by coping with it, urban environments can actually become stronger than before through their response to stresses and unpredicted events (shocks). This concept is called anti-fragility. Anti-fragility is defined as a convex response to a stressor or source of harm (for some range of variation), leading to a positive sensitivity to increase in volatility (or variability, stress, dispersion of outcomes, or uncertainty, what is grouped under the designation disorder cluster, and offers interesting opportunities.

However, most of current urban futures and developments are based on a technological paradigm in which the quantification of elements such as housing, jobs and parking spaces, standards, and regulations seem more important than achieving resilience and anti-fragility strategies. These kinds of urbanism are strongly single issue driven and linear simple system-based. Recent developments, with a focus on data, often deepen the technological paradigm, hence adding vulnerability to urban systems. In this sense, not only does it appear inappropriate to call a city smart, especially in the case of the smartness of things and not people, but it also appears to us insufficient to promote the mere resilience and anti-fragility of cities.

A complex, adaptive and anti-fragile system such as city cannot only limit itself to absorb or ward off blows: it ought to do more than just adapt, it needs to evolve, transform: redundancies, duplications, plasticity, exaptation’s, are all elements of an evolution which has enabled the city to survive and thrive, and to evermore become the ecological niche of the human species.

A future avenue to increase the strength of the city is to create anti-fragile environments, which grow under influence of external impacts. Applying stressors in the conception of antifragile strategies necessitates a systemic view of the built environment. The entire built environment consists not only of constructional and technical systems, but also includes living space with complex spatial, social and economic interaction and its comprehension calls for a systemic approach. A systemic view includes an understanding of the environment that assumes interacting systems with dynamic relationships to everyday reality.

The different subsystems in the city, such as the transportation system, the energy system, and others, are increasingly seen as complex systems as such, but these feed in to the complexity of the city as a whole. The adaptivity of the city can be influenced through strategic design interventions supporting self organisation. Adaptation, anti-fragility requires creating space to adapt, hence this concept advocates redundancy (‘space for the unknown’) in the urban realm.

The complexity of the entire city is difficult -but not impossible- to grasp, as the interrelations, dependencies, and connectivity between all subsystems in the city are complex by nature. The metabolism and design of flows and modelling by Urban System Engineering made it possible to discuss the sustainability and anti-fragility of the city as a whole, and close the cycles and dynamic interactions of energy, water, materials, social, cultural, economic, ecological and technology.

These methodologies, including emergism and anti-fragilism, focus on the city as a responsive system, in which self-organisation and the adaptive capacities of complex systems determine urban processes. Emergism takes complexity as the input for the design of cities . Self-organisation and emergence are key concepts, and are used to design interventions in the system to achieve certain changes. These concepts are common in nature and can be used in designing future cities and landscapes that are more adaptable and anti-fragile. They exist in nature, between humans and nature, between humans and humans, between human-created structures and people in cities, societies, states, supply chains, social services, the globalized world. The create patterns of mutually supportive and reinforcing properties creating feedback-loops of communication in relational interdependency. We need to understand which patterns are creating a sense of liveness in our cities, the conditions for aliveness in natural settings, architectural, geographical space and social as well as economic systems.

Modelling by Urban System Engineering acts as a ‘facilitator’ of the process of change, intervening at specific structures, places or times to initiate a change in the system. Approaches such as eco-acupuncture and Swarm Intelligence (collective intelligence as a more flexible way of thinking about how to plan, design for and respond to challenges , based on the behavior of swarms in nature), aim to design interventions in an existing urban system to transform to become more resilient and anti-fragile; ‘fluid’ and capable of responding to different paces of change that might occur in the city: fast, slow, or sudden.

To support the processes which make cities resilient and antifragile is the fundamental objective of our urban future and of their destinies.