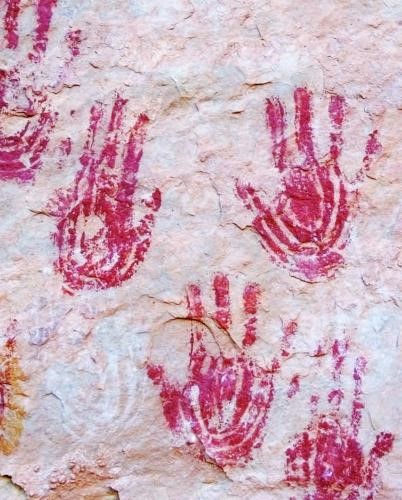 Virtually all organisms, including humans, are, in a real sense, sunlight transmogrified, temporary waypoints in the flow of energy. Ecological succession, viewed from a thermodynamic perspective, is a process that maximizes the capture and degradation of energy. Similarly, the tendency for life to become more complex over the past 3.5 billion years (as well as the overall increase in biomass and organismal diversity through time) is not due simply to natural selection, as most evolutionists still argue, but also to nature’s efforts to grab more and more of the sun’s flow. The slow burn that characterizes life enables ecological systems to persist over deep time, changing in response to external and internal perturbations. Ecology has been summarized by the pithy statement, ‘energy flows, matter cycles’. Yet this maxim applies equally to complex systems in the non-living world; it literally unites the biosphere with the physical realm. More and more, it appears that complex, cycling, swirling systems of matter have a natural tendency to emerge in the face of energy gradients. This recurrent phenomenon may even have been the driving force behind life’s origins.

The concept of life as energy flow, once fully digested, is profound. Just as Darwin fundamentally connected humans to the non-human world, a thermodynamic perspective connects life inextricably to the non-living world. All species need energy to function and reproduce but most animals are restricted to the chemical energy they ingest in their food – endosomatic energy.

Six million years ago, an ancestor, standing upright, began the human venture. From the outset, this venture took place in an era of instability and uncertainty. Although we used to think of East Africa as the nurturing cradle of mankind, it’s now understood to have created precarious tests of survival and adaptability. After several million years, the sole survivor of this radiation of bipedal species is Homo sapiens, worldwide in its extent: a turning point in the history of life due to our capacity to alter the world. Covering more than 50 percent of today’s land surface are human-dominated ecosystems, where energy flow is channeled largely toward human needs. When you add up the areas humans occupy, use or destroy, the total comes to some 83 percent of Earth’s viable land surface. Effects on the ocean and atmosphere add to this picture of our species’ pervasive impact. The overarching narrative of human evolution has thus significantly changed. It has changed from a story of how the human lineage came to have dominion over its ancestral environment…to a story of evolving adaptability and persistent change in the challenges to survival.

Humans have an evolutionary leg up in their near-unique capacity to employ exosomatic energy to do additional work from harvesting food to engineering the international space station. Thus, the technological history of H. sapiens is crudely marked by increasing exosomatic energy use and started an extra-somatic energy revolution.

Homo sapiens possesses, through its natural evolutionary heritage, an extraordinary capacity to modify landscapes; the distribution of food, water and other resources; and, most interesting, ourselves. We have an unprecedented proclivity to alter our ways of life, our systems of belief, and our transactions with one another and the world around us. This is responsible for the vast diversity of human behavior and our species’ cultural diversity.

From the standpoint of human origins, the starting point in thinking about the Anthropocene is that we live in the world by altering it. This is a function of our basic adaptations enabling us to buffer uncertainty and instability by changing how the world is.

Even simple interactions with the surroundings – making of a two million-year-old tool or a stone handaxe, moving resources across the landscape, creating fire, building a shelter, tending a plant to secure food – all of these basic elements of survival ended up changing the immediate surroundings. This way of life became so successful that it spread worldwide.

Global society elevated itself to a highly-ordered, intricately-structured far-from-equilibrium non-steady state by consuming energy/matter extracted from its supportive ecosystems at an ever-increasing pace, and dissipating a growing torrent of entropic waste energy/matter back into the ecosphere. Much of the waste stream is non-recyclable previously unknown synthetics, often toxic or otherwise hostile to life. In short, the admittedly spectacular local order represented by the human enterprise is purchased at the expense of the entropic disordering of the ecosphere: any society that dissipates/pollutes its host ecosystems faster than they can regenerate/assimilate is inherently self-destructive. In fact, as a sub-system of the ecosphere, the human enterprise has become parasitic on Earth. Humans might be the ‘world’s greatest evolutionary force’, driving what is called contemporary evolution or evolution on ecological time scales.

Now we find ourselves where the planetary scale of human impact is unquestionable. Hence the idea of the Anthropocene, the Era of Humans.

Decreased biodiversity, revised biogeochemical cycles and novel combinations of climatic and ecological conditions arise from the existence of people everywhere. Of many impressive statistics, one of the more remarkable is that about six times more water is controlled by dams or in man-made lakes than occurs as free-flowing water on the continents. Regarding the atmosphere, despite differences in opinion over the exact future of rising CO2, what seems to get lost in the noise of manufactured debate is that even the most conservative estimates of sea-level rise would eventually inundate areas occupied by approximately 10 percent of the human population. Given the sharp rise in population during our lifetimes, the implications of 700–900 million people displaced, or requiring new livelihoods, have hardly been imagined.

Long-term and concurrent human and planetary wellbeing will not be achieved in the Anthropocene if affluent overconsumption continues, spurred by economic systems that exploit nature and humans. The affluent lifestyles of the world’s rich determine and drive global environmental and social impact. Moreover, international trade mechanisms allow the rich world to displace its impact to the global poor. Not only can a sufficient decoupling of environmental and detrimental social impacts from economic growth not be achieved by technological innovation alone, but also the profit-driven mechanism of prevailing economic systems prevents the necessary reduction of impacts and resource utilization per se.

While digitalization is already a key driving force in societal transformation, it has so far led to more consumption and inequality and remained coupled with the indirect use of energy and materials, therefore sustaining resource-intensive and greenhouse-gas growth patterns at the macro-economic level. While the digital revolution undoubtedly increases labor productivity—demonstrated by individual leading businesses showing a strong productivity paradox—it remains to be seen whether the same is true for resource productivity, and this will depend on governance and regulation.

It seems that the further our society progresses, the more disenfranchised we feel. The hyper-connectivity of social leaves us cold and over-informed, saturated with unwanted information and more aware than ever of the injustices of the world. It seems that the more virtually connected we get, the more disconnected we become, both from each other but also from our communities. I believe that a necessary backlash to this trend is a large-scale reconnection with nature that has the ability to transcend previous environmental movements and reshape our world. This undercurrent is gaining momentum and influencing every element of our lives. It’s a revolution of belonging.

Never before have we had the potential to break through the capability frontier of a civilization in advance of its collapse. Humanity, therefore, is in a unique position – for the first time in history, we have the opportunity to enable the emergence of a future society without first descending into a dark age. Critical to imagining life in the Anthropocene is the importance of narrative in continually reshaping ourselves. Our evolutionary history is important in this regard. The ongoing revision of that narrative shows that we – and our altering tendencies – are embedded in a very dynamic natural world and fully interconnected with it. Revising the entwined human-and-nature narrative to reflect this point is essential in how we will shape the future.

The positive paths we create in this Age of Humans will not be reached by a total consensus. Yet in seeking meaningful futures, people must feel included in the community, national and global conversations. Inclusion can enable people to listen, reflect and act coherently even if actions are an expression of our inherent diversity.

We need to get over our mourning for an ancient concept of nature as pristine, eternal if only people would leave it alone. This idea defines nature as something that exists beyond where people live, and thus is now largely invisible, inaccessible and irrelevant to most people. Such an unchanging, original natural world is a misreading of nature

Recognizing the incompatibility of our governance, social, economic, and political systems might help reduce our attachment to them and quash the immune response, allowing us to create the conditions for a desired future to emerge. Not only will all these systems need re-imagining, but we might need to question our very concept of humanity. How our basic needs for survival and growth manifest in this new world is uncertain, but our consciousness and the behaviors we consider innate will shift, driving the formation of new belief systems and values. The emerging future will need to decentralize decision-making to communities and cities while finding ways to make meaningful decisions at a network level for issues that might require global management, such as control of technologies like AI and quantum computing, human population, pandemic response, shared resources (water, air, and forests), or climate control. As well as laying the foundations for the future to emerge, we will need to keep our current system functioning during the transition in order to deliver the continued technological progress necessary to underpin the new system.

The transition will be hard, amounting perhaps to little more than organized chaos, but a strong vision of where we are heading and a clear explanation of why we must get there might help create the support needed to stay on track.

But left, right, and center must recognize that their world views are increasingly obsolete. We need to walk a delicate tightrope over the next decade – keeping social stability, cohesion, and trust without tempering the creative forces that drive innovation and progress. Pressure to move towards extremes will increase if we fail to understand what is happening, with an increase in resistance to change from incumbent mindsets, beliefs, behaviors, and interest groups. When the new future emerges, this tension will disappear.

Systemic change starts with individual transformation. Only once we understand our own mindsets and belief systems can we start enabling a healthy, positive relationship between humans and nature. In an age where we feel like there’s never enough time, where we are governed by screens and fast-moving tech, we have lost the power of reflection. We have become narrowly focused on goals and processes.