The burden and the joy of being Homo Sapiens, the wise species. 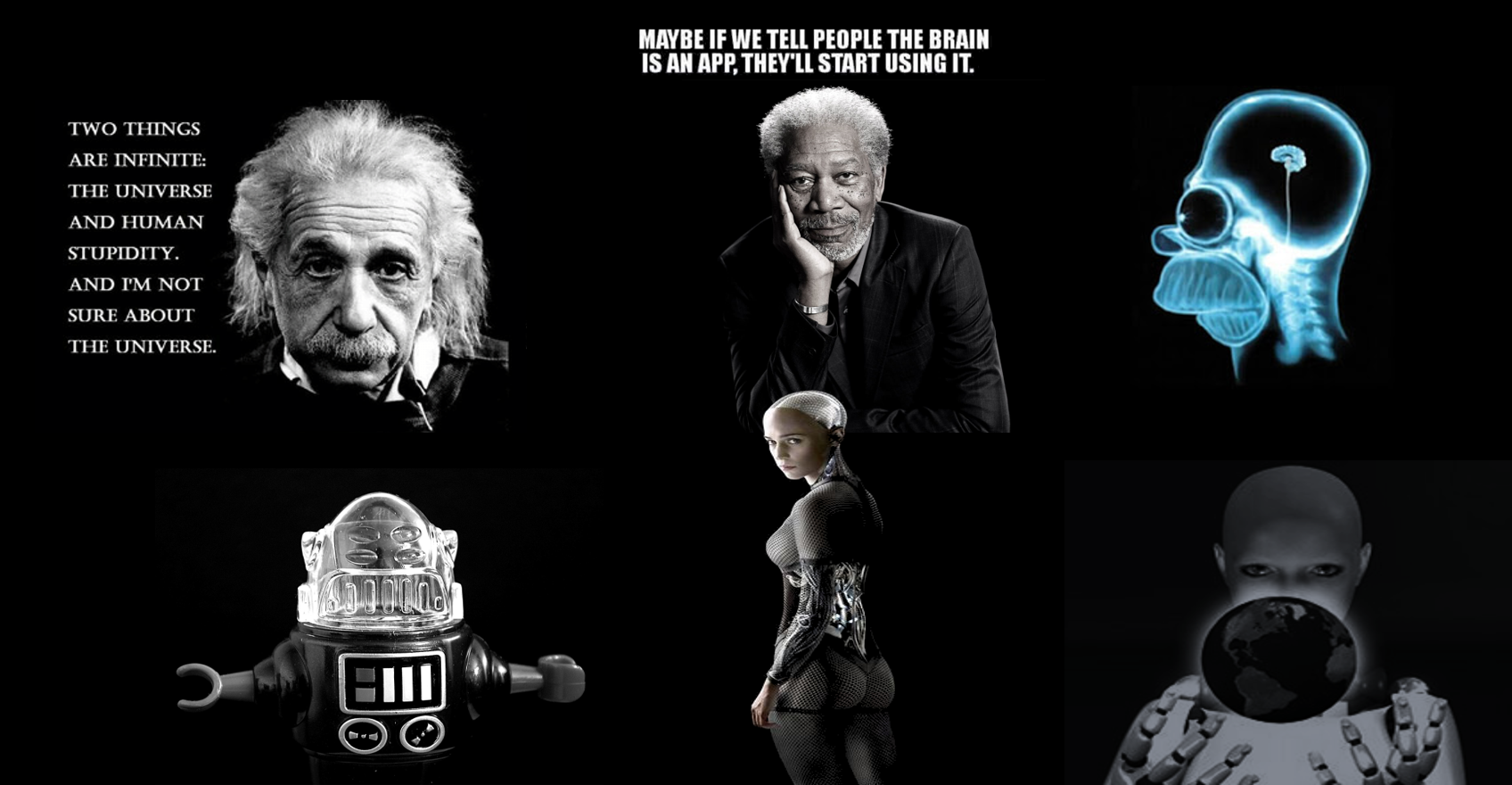 The Anthropocene is commonly understood as the epoch in which the technological activity of industrialized humanity becomes the dominant factor shaping the Earth and its associated life-supporting systems. Supplementing the Holocene, where the relatively warm climate was considered to be the critical geological factor, the Anthropocene places anthropic technological activity in the center, thus marking the time in which natural and human forces are intertwined, so that the fate of the one determines the fate of the other.

The concept of the Anthropocene is not isolated to the scientific fields of climate science, geology, and earth-system science, but moves beyond these fields insofar as it more generally represents the ground-breaking attempt to think together earth processes, life, human enterprise into a totalizing framework. The magnitude of the rational geo-force called humanity becomes particularly patent in its techno-industrial interlocking with other earthly processes.

For thousands of years, humanity was a relatively insignificant species on earth. But our childhood days are over. We have used our inventiveness to lift ourselves up out of the mud of the savanna. And we have become an evolutionary catalyst that is transforming the face of the earth. This process is not complete. Human beings are the bridge between the biosphere we sprang from and the Technosphere we have built. Our actions do not just affect our own future but also the planet as a whole and all the other species that live here.

Today we stand poised on the cusp of a historical transition, most likely extending over multiple generations, in which human societies must find ways to adjust to radically different environmental conditions and accomplish far-reaching social, economic, political and cultural changes.

Many of the technologies and processes born of the scientific and industrial revolutions are a perfect manifestation of human hubris, designed to enhance our ability to dominate, manipulate and exploit the natural environment. Their logic is that of mass production: standardization, centralization, and economies of scale. We are learning how to synthesize and stitch together new arrangements of DNA to build original and useful organisms. We are fabricating novel atomic and molecular structures to create entirely new material properties. We are reassembling the species composition of ecosystems, while experimenting with bringing extinct animals back from the dead. We are studying how to deploy technologies that will turn back the sun to keep the planet cool. In each of these ways, humanity is learning how to replace some of nature’s most historically influential operations with synthetic ones of our own design.

We cannot stop technology; any society that has tried has ultimately failed. Nor, based on past evidence, should we, for it has brought unbridled levels of wealth and improvements in health and well-being. However, there have been costs. We must learn what we can about the technologies headed our way and participate vigorously in the debates over what shapes they will take. The future must be—as much as it can—a matter of deliberate and considered choice.

What is clear is that technology itself is not destiny, for it (currently) has no agency. It does not determine why we do things, or what we do, for there is no liberation in technology itself; human forces such as ingenuity and the desire to acquire either new knowledge or new funds are the real drivers. We have become so entranced with consumerism and convenience that to obtain it we have willingly sacrificed things that used to define and unify us. Individualism has been distorted from a philosophy that provides freedom from constraining beliefs that one’s life is preordained, into one where people live a completely individualized existence, stripped of meaning real connections and responsibility for anyone but themselves.

Nobody would deny that many major planetary transformations have already occurred. Up to this point, however, most of the major global impacts our species have wrought have all been inadvertent. Nobody planned to sully Alaskan coves with mercury or allow industrial chemicals to penetrate the flesh of whales swimming beneath Arctic ice. Neither the atmospheric warming attributable to the burning of fossil fuels nor the mass extinctions from widespread habitat destruction were deliberate.

From now on, however, things will be different. After we fully awaken to the global nature of the damages we have inflicted, we have no option but to make our decisions about future actions more self-aware. The broken planet has suddenly become our responsibility. Mitigating our dangerous disruption of the biosphere and adapting to the profound mutations we have already built into the Earth System are now urgent priorities for all humanity. Anthropocene thinking looks beyond mitigation and adaptation to consider the transformation of the globally dominant but seriously dysfunctional advanced human cultures. This is the central task humanity must accomplish in the Anthropocene transition. It is a transition away from professional and social practices and their underpinning cultural values that are fundamentally at odds with the continuing viability of our species and many others as well. We no longer have the option of turning away and pretending we have not noticed. Good conscience will no longer permit it.

To make matters worse, the responsibility is now particularly acute. At the very time we must assume this moral burden, new technologies are making possible an even deeper transformation of the surrounding world than anything that has occurred before. As mentioned a number of the earth’s most basic functions—how DNA is constructed, how sunlight penetrates the atmosphere, how ecosystems are composed—can increasingly be determined by human design. What used to be the unplanned result of natural processes is now more and more a product of our conscious decisions. It draws together our thinking about specific aspects of Earth System disruption — like climate change or biodiversity loss or ocean acidification — to focus on their interconnections and their cultural drivers; broaden our focus to include the cultural drivers of this disruption — deep conflict between the core values of a dominant global monoculture and the life support systems of Earth. It requires us to find a new symbiosis between human societies and the matrix of life on the planet. By directing our attention to whole system dynamics, it encourages us to see the Earth as a single socio-ecological system.

This has far-reaching ethical implications. For decades our principal response to this looming existential threat of our own making has been a grab bag of policies, processes, practices and products bearing the label ‘sustainable’. As such they fail the test of proportionality — valuable but inadequate in the context of the challenges of cultural renewal and systemic redesign we face. This challenges us to accept an expanded understanding of collective responsibility that reaches beyond conventional human scales measured in multiples of human lifetimes, to consider the consequences of our collective actions on planetary and geological (or deep time) scales. The shape of the future must involve deliberation and discussion.

Making big choices is always hard. Making irrevocable choices for the whole planet is unprecedented. But at this point, we have changed too much to stand back and do nothing. Transformation requires innovation in the way we govern ourselves at all levels. The outmoded institutions of industrial consumer society and their moribund ways of encountering the world must give way to more dynamic social forms with permeable boundaries that can readily experiment with new approaches and speedily adapt to emerging needs and opportunities. We need to look at as many of the various options as we can, talk about them, argue about them, investigate and research them as thoroughly as possible. Conducting this discussion thoughtfully, fairly, and inclusively is perhaps the worthiest, and certainly the most important, political task of our time. It is also one that we can no longer shirk.

Although the prospect of such a complex discussion about the shape of the coming age is no doubt intimidating, none of it should be a cause for despair. After all, the ability to think through and contest with the options that are in front of us is our singular gift. It is part of both the burden and the joy of being Homo Sapiens, the wise species.