The converging technology revolution is transformational 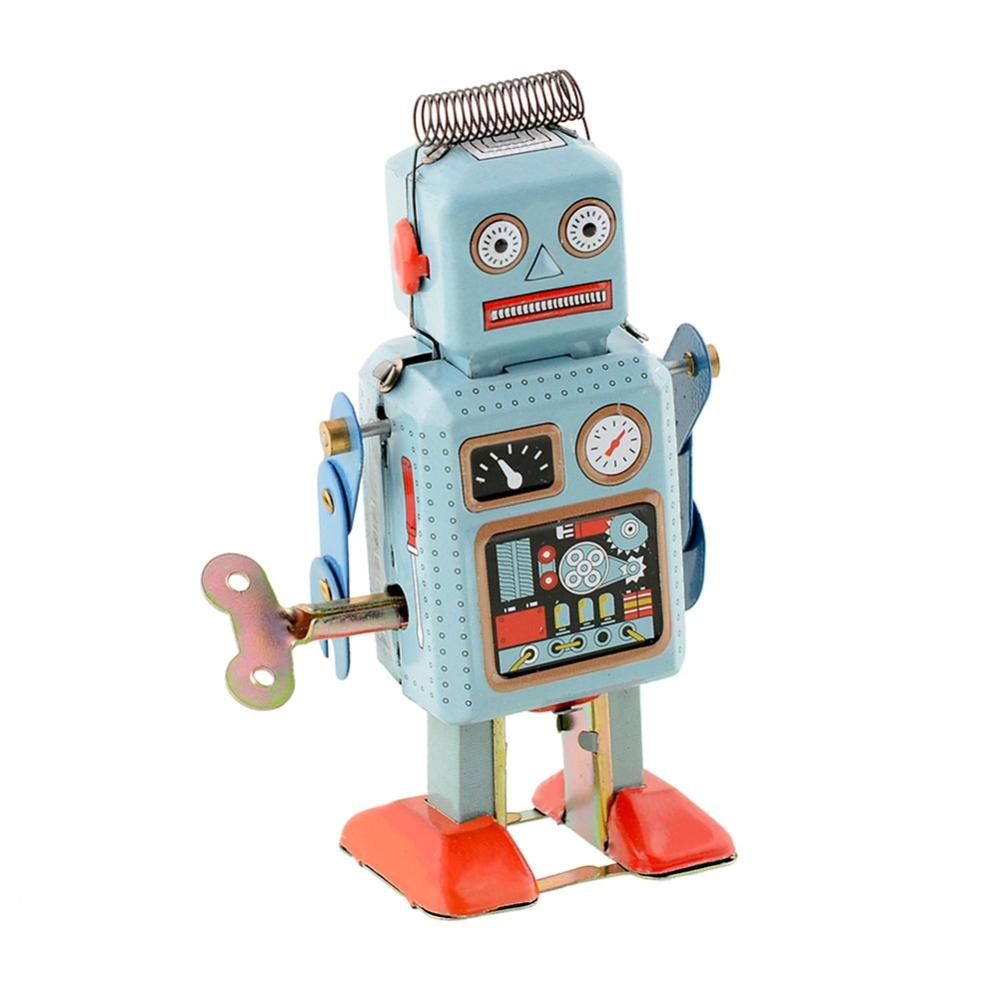 The world now stands on the cusp of a technological revolution that may prove as transformative for economic growth and human potential as were electrification, mass production, and electronic telecommunications in their eras. Will these developments enable people to attain higher living standards, better working conditions, greater economic security, and improved health and longevity? The answers to these questions are not predetermined. They depend upon the institutions, investments, and policies that are deployed to harness the opportunities and confront the challenges posed by this new era.

Innovation is being transformed by the penetration of converging technologies, in particular the reliance on big data, massive data storage capacity, high-speed computing power, and AI to generate scientific discoveries and translate them into technological applications. At the same time, digital technologies are also enabling the democratization of innovation with the spread of community ‘fablabs’ and local networks of professionals and entrepreneurs linked to global networks to share knowledge and practices in local innovation hubs.

The term converging technologies refers to the synergistic combination of four groups of technologies: information technology, biotechnology, nanotechnology, and cognitive technologies. The phrase convergent technologies refers to the synergistic combination of four major NBIC (nano-bio-info-cogno) provinces of science and technology, each of which is currently progressing at a rapid rate: (a) nanoscience and nanotechnology; (b) biotechnology and biomedicine, including genetic engineering; (c) information technology, including advanced computing and communications; (d) cognitive science, including cognitive neuroscience. NBIC convergence can give us the means to deal successfully with todays and future challenges by substantially enhancing human mental, physical, and social abilities. Better understanding of the human body and development of tools for direct human-machine interaction have opened completely new opportunities.

Convergence of the sciences en technologies can initiate this new renaissance, embodying a holistic view of technology based on transformative tools, the mathematics of complex systems, and unified cause-and-effect understanding of the physical world from the nanoscale to the planetary scale and may transform society, science, economics and human evolution.

The key characteristic of NIBC convergence is the fact that it points to the gradual dissolving of the narrow borders between the physical and the biological sciences. The physical sciences (nanotechnology and information technology) enable progress in the life sciences, such as biotechnology and cognitive sciences. The developments in nanotechnology and information technology implies that complex living systems, such as genes, cells, organs, and brains, might in the future be bio-engineered in much the same way as non-living systems.

The life sciences – insights into biological and cognitive processes – inspire and progress within the physical sciences, such as material sciences and information technology. This ‘living technology’ implies that technologies are acquiring properties we associate with living organisms, such as self-assembly, self-healing, reproduction, and intelligent behavior.

Traditionally, the physical sciences studied non-living systems, while the biological sciences studied living organisms. NBIC convergence implies their convergence. This merger goes both ways, and each way represents a bioengineering megatrend that may be denoted with the catchphrases ‘biology is becoming technology’ and ‘technology is becoming biology’. The convergence can have significant impacts in such areas as: work efficiency, the human body and mind throughout the life cycle, communication and education, mental health, aeronautics and space flight, food and farming, sustainable and intelligent environments, self-presentation and fashion, and transformation of civilization.

Nanotechnology brings together all the techniques at the atomic or molecular level, Biotechnology includes genetic engineering, Computing (here includes in a general way), electronics, telecommunications, robotics or Artificial Intelligence with serious leads that could conduct to new modes of information processing such as the quantum computer. Cognitive sciences which ultimate objective is the total comprehension of the functioning of the human brain. These four lines of research are advancing at a brisk pace and can each bring new perspectives towards a better understanding of life, or a better use of resources.

We take for granted the speed of innovation that has created the global social context around us. Against the backdrop the fast accelerating innovation are change and potential disruptions on a scale no civilization has ever seen before.

THE CONVERGING TECHNOLOGY REVOLUTION IS TRANSFORMATIONAL.

The profound converging technology revolution that is engulfing the world is altering the relationship between technology and human capital, and making it more complex by creating vast new opportunities for accelerating human capital outcomes while generating new and considerable risks. This convergence revolution is characterized by the merging of virtual, physical, biological, and cognitive technologies with the power of big data, machine learning, and artificial intelligence. Advances in science and better knowledge of the building blocks of matter and life are now permitting the creation of new materials with nanotechnology and altered or entirely new life forms with gene editing and gene drives.

As a result, biomedicine and the health sector have seen major developments in imaging, biomaterials, nanotechnology, bioinformatics, cellular technology, genomic sequencing and medical robotics, and AI is increasingly used in diverse areas. Digitization combined with AI is creating the possibility of mass personalized learning—anywhere, anytime. In agriculture, the tools of synthetic biology are being used to tailor food products to meet specialized dietary needs, and nanotechnology is being used to develop smart plant sensors that communicate with electronic devices to optimize the use of water, fertilizers, and pesticides.  By decentralizing manufacturing, individuals and firms might choose to produce locally, weakening the tie between consumption and globalization that currently connects disparate parts of the globe through complex, multicountry supply chains. Digital technologies, additive manufacturing, service-based industries and local resource management could become increasingly important, displacing traditional manufacturing and labor across an ever-greater number of industries. In particular, rapid prototyping, along with the creation of highly specific and technical parts are orders of magnitude faster and cheaper than traditional manufacturing methods. This localized and highly networked economy can stimulate a switch to self-sufficiency and a move away from consumerism as new guiding principles. This is frequently associated with regional / re-localized economies, a technology-based culture which could render traditional forms of work as jobs superfluous, and very often with the principles of the recycling or closed loop economy.

To protect the environment, scientists are developing biosensors to monitor environmental changes. And researching, developing, and using new, largely technological Earth System Interventions. These include carbon dioxide removal, solar geoengineering, in situ genetically modified organisms, gene drive organisms, de-extinction, and high-tech ecosystem restoration. Some appear to be effective and feasible, both technically and economically, and may be necessary to achieve important sustainability and human welfare objectives. Meanwhile, the use of new materials developed through nanotechnology, automation, robots, and intelligent manufacturing systems are revolutionizing the workplace and placing demands on the education and training sector for the creation of new knowledge and skills. The converging technology revolution has the potential to restructure the delivery of publicly and privately provided services for human development through personalization, precision targeting, cost reductions, and new organizational and accountability arrangements. Improvements in other economic sectors, such as agriculture, energy, water, and transportation, can have an indirect impact on improvements in human capital formation.

Work of tomorrow is going to look vastly different from the work we do today. Artificial intelligence is augmenting workers in certain roles, and soon this trend will expand to the vast majority of the workforce, allowing humans to do the work that matters and, in the process, vastly improving workforce productivity and effectiveness. Rather than being concerned about a jobless future, organizations are  called upon to prepare for work that’s enhanced through the collaboration of humans and machines.

Technology convergence is apparent in the entire global value chain and a shift toward a whole-of-government approach to digitalization for the delivery of public services and the use of data-driven decision-making in the design and implementation of policies and services and to monitor performance and measure impact.

As aformentioned beyond these positive developments, there are huge implications for human capital empowerment because data on individuals and social groups are being collected by multiple applications and devices, and AI is automating the analysis of data from different sources. A world of increasing automation in production and services, new discoveries through powerful machine-driven analysis and knowledge synthesis, and the delegation of decision processes to AI algorithms is well within reach over the coming years, and it is already beginning to shape today’s reality in some more advanced situations.

The converging technology revolution holds the potential to fundamentally change the ways in which human beings live, behave, work, and interact.

Human capital and technology interact in multifaceted ways. First, technology can accelerate the buildup and protection of human capital through health, education, and social protection services. The converging technology revolution is an opportunity to reimagine the delivery of these services, aiming for greater effectiveness (targeting, customization, and personalization) and efficiency. Second, technology can augment human capital outcomes through improvements in other sectors, such as food and nutrition, clean water and sanitation, electricity, transportation, digital infrastructure, and technologies that help improve the environment or mitigate climate change risks. Third, automation and data-driven technologies are changing the nature of human–machine interactions. Technologies used in manufacturing and services affect the deployment and utilization of human capital by altering the demand for the education and skills needed to absorb and deploy new technologies and reskill workers made redundant. Fourth, the convergence paradigm is changing the nature of science and innovation through the use of big data, AI, interconnected networks, and high-speed computing. Making use of this potential for new discoveries requires specialized human capital (such as technologists and scientists) for the creation and adaptation of technologies.

The dual-use nature of these technologies also means that data collected for beneficial uses, such as personalized learning or medical diagnosis, can also be used for predictive behavioral surveillance, data manipulation, and targeted misinformation by public and private actors using these data. Furthermore, the ability to augment human capabilities using embedded technologies or enhanced cognitive capacities can help to reduce or widen inequality in human capital outcomes and power relationships, depending on who deploys these technologies and for what purposes. The most significant aspect of this revolution for human capital is its ability to affect the essence of human identity through human enhancement, human-machine collaboration through to brain-to-brain interfaces, immersive AR/VR experiences / mixed realities, selfreplicating robotics, machine augmentation, enhanced cognitive capacity and biomachines.

But …. existing inequities can surely be magnified with the introduction of highly effective psycho-pharmaceuticals, genetic modification, super intelligence, brain-computer interfaces, nanotechnology, robotic prosthetics, and the possible development of life expansion. They are all fundamentally inegalitarian, based on a notion of limitlessness rather than a standard level of physical and mental well-being we have come to assume in healthcare. It is not easy to conceive of a way in which these potentialities can be enjoyed by all. We could be left with the scenario of a small elite that has an almost total concentration of wealth with access to the most powerfully transformative technologies in world history and a redundant mass of people, no longer suited to the evolutionary environment in which they find themselves and entirely dependent on the benevolence of that elite.  The reach and dual-use characteristics of many of these technologies raise ethical, moral, social, and governance considerations that society has yet to address.