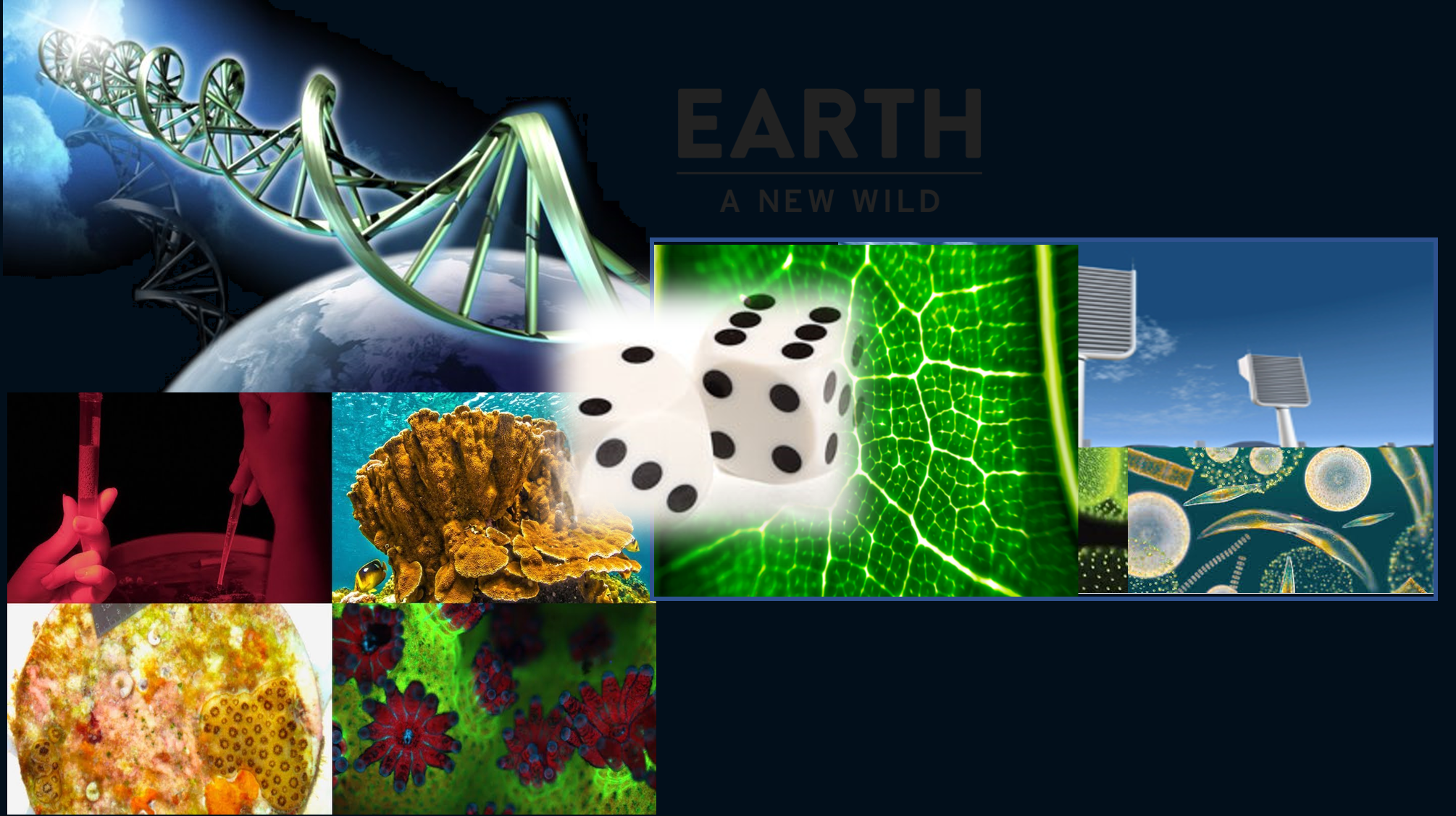 The loss of Earth’s biodiversity is accelerating at an unprecedented rate and proceeding at all levels: ecosystems, species and genes. No corner of the Earth, no matter how remote, is today free from human influence, whether in the form of the altered atmosphere, expanding cities, ubiquitous pollution and invasive species, conversion of wildlands and loss of once fertile farmland, or expanding exploitation and trade of wild species. The loss of biodiversity continues despite the growing sophistication of conservation activity and conservation science; and the understanding among governments at all levels as well as civil society that human wellbeing depends on a thriving natural world.

Biodiversity decline has dramatic ecosystem wide consequences for how species interact, how communities are organized, and the ability of ecosystems to provide services such as nutrient cycling and carbon sequestration. The loss of biodiversity is at least equal to climate change as a driver of ecosystem change. The essential, interconnected web of life on Earth is getting smaller and increasingly frayed.

Improving existing approaches might not be sufficient, those approaches — such as strengthening protected areas, improving policy regarding the use and protection of natural resources, working in robust partnership with communities who depend on nature for their survival — should always be the first option. Conservation is already an integrative discipline, and the incorporation of new tools into the kit should come as no surprise. The conservation of biodiversity requires the continued application of proven approaches; e.g. a greater proportion of the planet being designated as protected areas and managed effectively, and a step-up in the management of invasive alien species. However, past experience has shown that scaling these efforts up to the level necessary to reverse the declines in biodiversity and allow for recovery will continue to be a major challenge using current approaches, given the costs and the seemingly intractable nature of some of the threats. Despite the progress to conserve nature and implement policies, it is clear that global goals for conserving and sustainably using nature and achieving sustainability cannot be met by current trajectories, and goals for 2030 and beyond may only be achieved through transformative changes across economic, social, political and technological factors.

Current negative trends in biodiversity and ecosystems will undermine progress towards 80% (35 out of 44) of the assessed targets of the Sustainable Development Goals, related to poverty, hunger, health, water, cities, climate, oceans and land. Loss of biodiversity is therefore shown to be not only an environmental issue, but also a developmental, economic, security, social and moral issue as well.

As aforementioned, evidence indicates that, despite some critical successes, current conservation approaches are not slowing the overall rate of biodiversity loss.

The emerging the combination of technologies from the physical, digital and biological realms capabilities, applied to the conservation of biodiversity, have great potential to reshape the conservation field in unforeseeable ways, both positive and negative and along unknown timelines. Exploring new tools, such as those offered by synthetic biology, that could complement, and in some cases even reinforce, existing conservation techniques. The field of synthetic biology, which is capable of altering natural genomes with extremely precise editing, might offer the potential to resolve some intractable conservation problems (e.g., invasive species or pathogens).

Humans are breaching boundaries that have held throughout human evolution. Species have been moved purposefully and accidentally, resulting in new ecosystems; climate change is threatening to produce a set of novel climates; species boundaries are being breached as humans move genes about; and organisms are being created that incorporate machines and electronics as part of their bodies.

The future natural world will not be a slightly older version of the one we currently inhabit. Rather it will have a significantly altered climate, changed sea levels, novel pests and diseases, non analogue ecological communities, and a human population with less interest in conservation. The costs, benefits, and risks of synthetic biology need to be considered against this backdrop, not against a projected version of the world as we now understand it. For every great idea about the use of synthetic biology for conservation, there’s always a matching concern. Both conservationists and synthetic biologists agree that there’s potential for unforeseen effects when synthetic organisms interact with natural systems, so they advocate for precautionary approaches when tackling a problem.

Much of conservation is predicated on the core ideals of wilderness and nature. However, recognition of the increasing role humans play in structuring ecosystems and thereby shaping the lives of wild species has led practitioners to realize that human management may be a paradoxical but necessary part of conserving the wild. What would this mean for our attempts to mend centuries of nonintelligent destruction? The transformed world of 2050 will demand new strategies and new approaches in conservation. Synthetic biology can be incorporated into these as a powerful new tool to face the powerful new challenges facing conservation. It is time to consider such extraordinary measures.

The synthetic biology toolkit is not just a set of capabilities, but in many cases it modifies organisms to become tools in their own right. In this sense synthetic biology, especially gene drives, challenges agreed concepts of tools, organisms and conservation, and must be given special consideration by conservationists and biologists alike, to chart a path forward.

There is an increasing sense that, over coming years, conservation and synthetic biology will converge or, as some people fear, collide. New ways to address seemingly intractable problems with scalable technology also present a host of new and unanticipated challenges.

Certain synthetic biology applications, if appropriately designed and targeted, have potential for enhancing biodiversity conservation. Application and efficacy of proposed synthetic biology approaches (including gene drive) in the field are likely to encounter multiple hurdles which will require further development to overcome, or may even prove to be intractable barriers to useful application.

Significant concerns exist that genome-editing may cause harm to the individual or population and communities due to uncertainties with altering genome processes and potential subsequent knock-on effects. Such concerns arise from the fact that much remains to be learned about how the information that is encoded in the genome is transcribed into function. A further concern is that transgenes or genetic manipulations may horizontally transfer among species, particularly relevant when target species can breed with non-targets. Of greater concern is the potential for synthetic biology approaches intended to be self disseminating, such as engineered gene drives, to affect non-target populations. Multiple strands of development are thus exploring self-disseminating approaches that are self-limiting or tactically controllable in other ways.

There are also social and regulatory uncertainties surrounding affected communities’ interests in having synthetic biology tools deployed. Social science research and stakeholder engagement will play a critical role in understanding stakeholder values around any potential application of synthetic biology for conservation, and whether the proposed tools are acceptable for use.

Final considerations relate to the ‘moral hazard’ of resources being removed from more conventional conservation actions and developments to fund investigation into synthetic biology solutions. However, these concerns, and the need to understand the potential adverse effects of the technology, need to be considered alongside the ‘moral hazard’ of potential species decline and extinction should potential solutions to their loss not be researched and implemented if successfully developed, or their development delayed by an over-emphasis on caution.

THE POTENTIAL IMPACT OF SYNTHETIC BIOLOGY ON CONSERVATION IS A WICKED PROBLEM, WITH NO CLEAR ROUTE TO A SOLUTION AND NO OBVIOUS STOPPING POINT.

At the same time there is deep concern in some parts of some societies that applying synthetic biology tools to environmental questions is an undertaking fraught with uncertainty and potential threat.

From concern and from hope towards integrated communities of conservation scientists and synthetic biologists and what the intended and unintended impacts will be on biodiversity.