THE FUTURE OF ECOSYSTEMS AND THEIR BIOTA 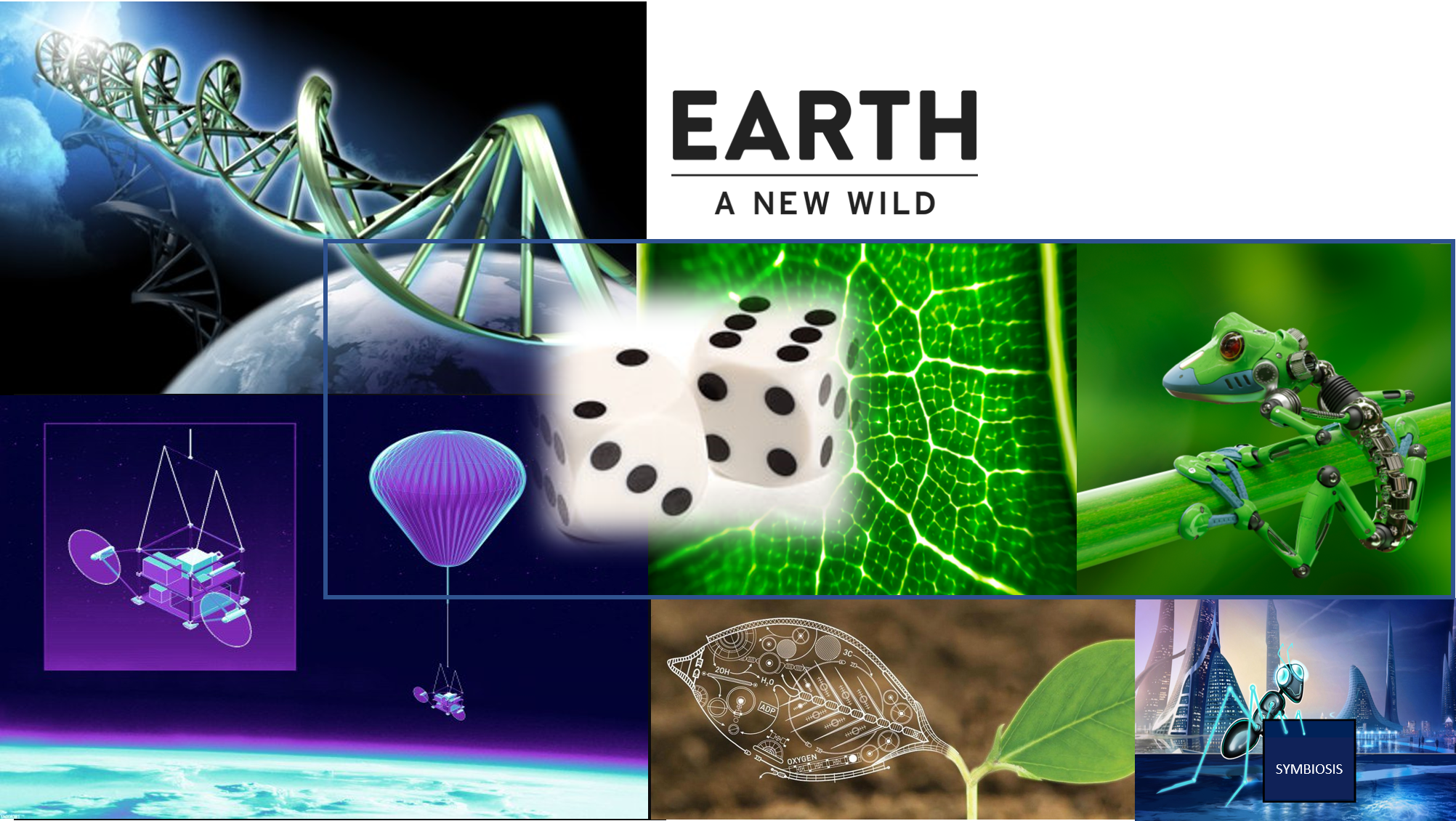 CONSIDERING GLOBAL AND REGIONAL IMPACTS OF RAPID CLIMATE CHANGE in conservation planning is a major societal challenge. Climate change is rapidly increasing in rate and magnitude and can alter the survival, fitness, phenologies and interactions of individuals, affecting population viability and food web dynamics, which in turn alter the structure and functioning of ecosystems.

Climate change profoundly impacts ecosystems and their biota, resulting in range shifts, novel interactions, food web alterations, changed intensities of host–parasite interactions, and extinctions. An increasing number of studies have documented evolutionary changes in traits such as phenology and thermal tolerance. While evolutionary responses have the potential to provide a buffer against extinctions or range shifts, a number of constraints and complexities blur this simple prediction.

THERE ARE LIMITS TO EVOLUTIONARY POTENTIAL both in terms of genetic variation and demographic effects, and these limits differ strong­ly among taxa and populations. There can be costs associated with genetic adaptation, such as a reduced evolutionary potential towards other (human-induced) environmental stressors or direct fitness costs due to tradeoffs.

The differential capacity of taxa to genetically respond to climate change results in novel inter­actions because different organism groups respond to a different degree with local compared to regional (dispersal and range shift) responses. These complexities result in additional changes in the selection pressures on popula­tions. Evolution can provide an initial buffer against climate change for some taxa and popu­lations but does not guarantee their survival. It does not necessarily result in reduced extinction risks across the range of taxa in a region or continent. Considering evolution is crucial, as it is likely to strongly change how biota will respond to climate change and will impact which taxa will be the winners or losers at the local, meta­community and regional scales.

THERE ARE DOUBTS regarding whether most natural populations will have the capaci­ty to evolve sufficiently fast to keep track with current climate change. Generation time is a key factor, as it de­termines the speed by which a population can evolve in the face of a given rate of change in the external en­vironment.

Small taxa with short generation times will, therefore, all else being equal, in general have a high­er capacity to genetically track climate change than spe­cies with long generation times, such as mammals. Unicellular organisms and many invertebrates might, therefore, be among the organisms for which a considerable capaci­ty for adaptive evolution in response to climate change is to be expected. There are, however, quite a number of examples of contemporary evolution in fish, birds, liz­ards and even trees.

AS A CONSTRAINT, the capacity to genetically re­spond fast enough to climate change critically depends on the presence of a sufficient amount of genetic vari­ation in natural populations, on population size and on genetic variation present regionally. This constraint can become more important in complex settings in which multiple traits need to evolve simultaneously. Evolution can be fueled by standing genetic variation, by de novo muta­tions or by gene flow. The lack of ge­notypic variation for traits under selection can cause evolutionary inertia, which has been observed for a range of taxa in the context of climate change.

The amount of standing genetic variation that is maintained in a population depends, among other fac­tors, on effective population size, as effective popula­tion size determines the loss of genetic variation due to genetic drift and the likelihood of mutations generat­ing new variants. As a result, all else being equal, we expect genetic responses to climate change to be more prevalent in relatively small organ­isms that build up large populations. This enhances the dichotomy between small, common species with short generation times and larger, less common species with longer generation times, with the latter often being more constrained in their capacity to genetically respond to climate change. These latter species are also focal taxa in many conservation genetic studies. Even huge population sizes are, however, no guarantee for evolutionary rescue.

In addition to local population sizes, genetic variation present at the regional, landscape context may also play a key role in adaptation to climate change. Adaptive evolution of a local population may, indeed, be fueled by gene flow from pre-adapted populations and cause “genetic rescue”. This may re­sult in a replacement of one population of a given spe­cies by another one, or result in rapid dominance of an immigrant, advantageous allele through a selective sweep. While ecologists would observe no change in the occurrence of a given species over vast areas of its range, this might conceal a replacement at the landscape genetic level.

AN INTERESTING COMPLEXITY IN THE CONTEXT OF CLIMATE CHANGE is that genetic diversity and composition can be different in marginal compared to central populations. In marginal populations, genetic di­versity is often lower and genetic differentiation among populations enhanced, and in areas or range expansion rare variants can increase in frequency due to gene surf­ing. These processes can reduce evolutionary potential of marginal populations. Conversely, glacial refugia often are hotspots of genetic diversity whose protection might be crucial for safeguarding evolutionary potential in the face of climate change. A second constraint results from strong genetic cor­relations between traits that are subject to conflicting selection pressures. Such genetic correla­tions can be due to pleiotropy (i.e. when the same loci influence multiple traits) or linkage disequilibrium (i.e. if the traits are influenced by different loci but selection, physical linkage or other evolutionary forces maintain a non-random association between the alleles at these loci). Genetic correlations can strongly impact the rate of evo­lution and influence evolutionary trajectories. Yet, few examples exist in the context of climate change. The potential for impacted or vulnerable species to genetically adapt to handle changing environmental conditions depends on the standing genetic variation in the population and how quickly new genetic changes are incorporated.

EVOLUTIONARY CHANGE can buffer populations locally in the face of climate change, next to high phenotypic plas­ticity in physiology or behavior, and epigenetic respons­es. It does, however, not necessarily prevent extinction. Evolution can in some cases di­rectly contribute to extinction through a reduction in population size and an associated increase in demo­graphic stochasticity. Genetic adaptation to the stressors associated with climate change may have neg­ative consequences on the capacity of the individuals to deal with other. In addi­tion, differences in the degree to which competing spe­cies respond through local genetic tracking or through migration can result in increased antagonistic interac­tions and competitive exclusion. It is, therefore, not necessarily so that evolution will lead to a major reduction in population and species ex­tinctions under climate change. This does not imply that evolution will be unimportant. Rather, we can predict that evolution is likely to profoundly change the dynam­ics of populations and species in response to climate change but not necessarily lead to evolutionary rescue.

THE FUTURE OF ECOSYSTEMS AND THEIR BIOTA depends if they may be able to adapt in time to avoid major changes Although it is critical to increase efforts to reduce these threats, the possibility that these efforts might be too little and/or too late provides a clear need to consider alternative strategies that involve more direct intervention. One approach to direct mitigation is to enhance the ability of key organisms to tolerate stressful environments and to accelerate recovery after acute impacts. In this context, the use of genetically resilient or modified stocks or species that can restore or maintain key ecosystem attributes and processes. These assisted evolution strategies aim to accelerate the rate of naturally occurring evolutionary processes. Such measures include moving resilient individuals to vulnerable margins of their species distribution, or genetically modifying wild species to promote recovery or increase their capacity to resist stressors.

APPROACHES SUCH AS ASSISTED GENE FLOW (AGF), which enhances the spread of existing beneficial genes within a current species distribution has tentative support. In a similar way, assisted translocation, where organisms are moved from their native range to more favorable regions, has been argued for in some cases. Laboratory selection experiments to increase the tolerance of algal symbionts and pilot projects involving transplantation of warm-adapted corals to cooler reefs that are projected to warm have already been conducted.

Releasing artificially selected or genetically modified species -employing far more drastic measures, such as manipulating genetics wild species using CRISPR or other gene editing tools- into wild populations to achieve conservation goals generates fear that these modified species may have novel traits that give them competitive advantage over native populations, or that they may reduce overall genetic diversity and increase disease.

THIS APPROACH RAISES IMPORTANT THEORETICAL AND ETHICAL QUESTIONS regarding the feasibility and desirability of creating anthropogenically enhanced systems. It are challenging ethical questions because the intention is not to revert to a previous status quo, but to modify a community so that it survives better in the conditions we have created. In so doing, our role changes toward ‘designers’ of nature, which requires a rethinking of what is natural, and whether altering or influencing genetics of wild organisms changes the way we conceptualize nature. Introduction of genetically superior biota may enable ecosystems to persist in the future, but there is a risk of unanticipated and unintended ecological consequences.

Against the backdrop of the serious decline of ecosystems and loss of biodiversity worldwide, there is an urgent need for research to evaluate the potential for developing resilient varieties of key organisms, an assessment of the ecological risks associated with assisted evolution, and the initiation of a public dialogue around the risks and benefits of such interventions.