The universe is revealing to us that it’s always more strange, mysterious and fascinating than most of us could have ever imagined. 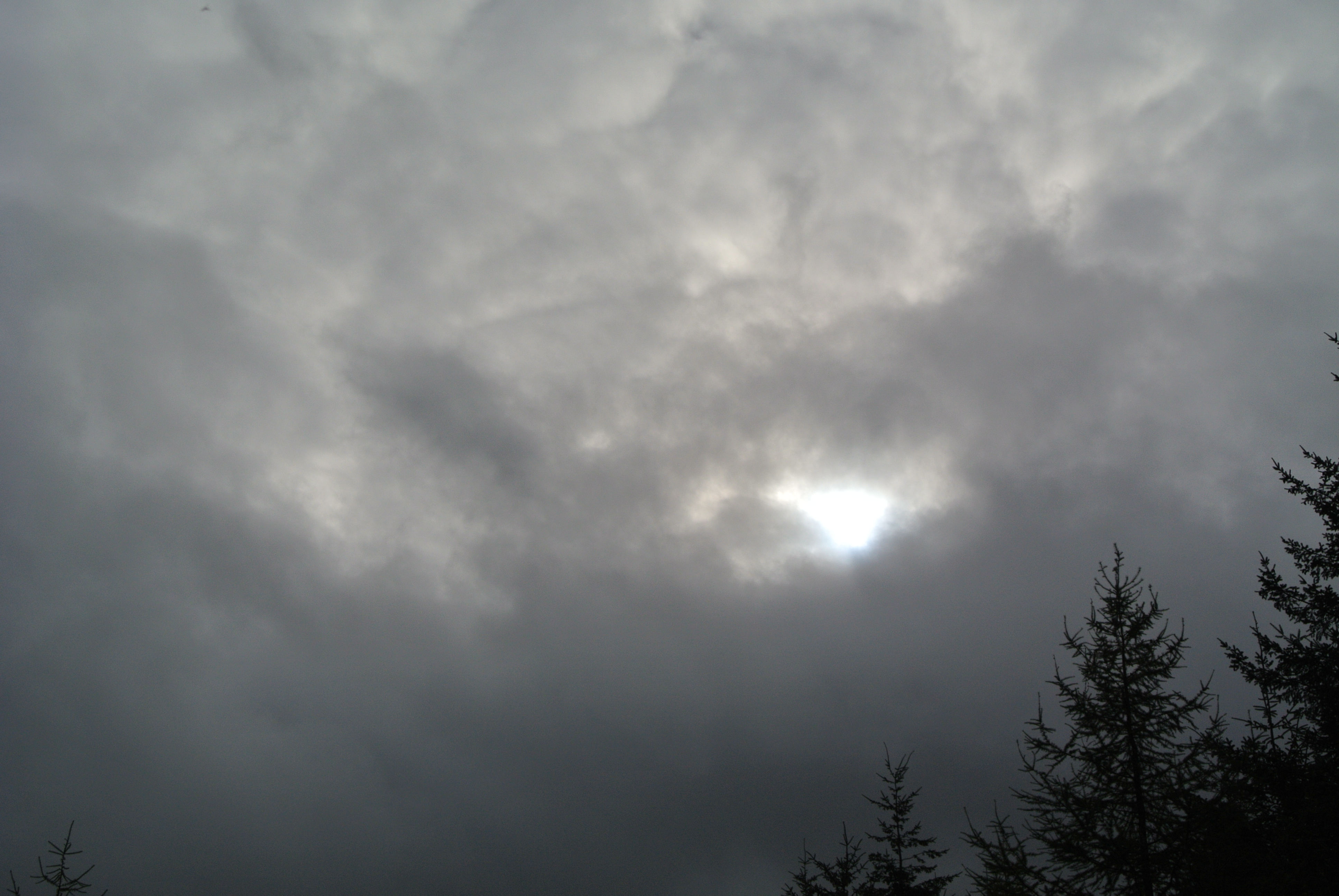 Physics has more than its share of mind-bending ideas: the slowing of time, relativity, the enormous coagulations of matter, like black holes, that can rupture space-time itself. The equations of physics describe how things change in time. From the equations of Newton, which establish the foundations of mechanics, to those of Maxwell for electromagnetic phenomena; from Schrödinger’s equation describing how quantum phenomena evolve, to those of quantum field theory for the dynamics of subatomic particles: the whole of our physics, and science in general, is about how things develop according to the order of time. Physics has already grown far beyond describing aspects of reality, such as the very big (astronomy, cosmology), the very small (quantum systems, particle physics) or the human-sized (mechanics, as studied by Galileo Galilei and Isaac Newton)

Quantum mechanics has immeasurably altered our conception of the natural world.  Entanglement, non-locality, collapse, many worlds and subjectivism, its philosophical implications are earthshaking. Quantum mechanics steadfastly refuses to speak of many things; it deals in probabilities rather than giving explicit descriptions. Quantum mechanics has been shown to account for all the forces of nature, except gravity. When trying to apply quantum theory to gravity, space and time become almost unrecognizable. They seem to start fluctuating wildly. It’s almost like space and time fall apart. Their smoothness breaks down completely, and that’s totally incompatible with the picture in Einstein’s theory. Space and time may not be as fundamental as always imagined.

I am both fascinated and confused by quantum mechanics and reality at the quantum level; the world of quantum mechanics is strange and thanks to Bell’s theorem I realise just how strange. Both Einstein’s Theory of Relativity (which introduced the concept of space-time and how it can be warped by gravity) and Quantum Mechanics revealed that while Newtonian science is useful for the development of practical technologies, it is not universally valid and cannot explain the underlying connected nature of reality on a cosmic or quantum level. Classical science tries to logically break down everything into building blocks in order to increase understanding. But Relativity and Quantum Mechanics show that to understand the nature of the physical universe, we have to examine things and phenomena in the context of relationships. Quantum mechanical experiments have demonstrated that even sub-atomic phenomena can be entangled over long distances. Let’s take inspiration from quantum theory rather than classical Newtonian science. The nature of reality is not in building blocks themselves, but in the dynamic relationships that they have with one another where is everything connected. It also resonates with the Earth System concept that states we can only understand nature by taking a holistic view and understanding the complexity of relationships. From a quantum perspective the universe is a buoyant set of change, becoming, and unceasing creation and destruction of particles and waves.

But how did life emerge from inorganic matter?

As physics shows us there is a close relationship between entropy and time and the flow of time is inherent in the second law of thermodynamics. The ‘arrow of time’ illustrates the directionality in time which means that as time progress entropy increases. Life is order and time plays against this order because of the arrow of time. Therefore, life needs free energy to struggle against entropy (it cannot fight against time) and to maintain the vital order. Time leads to disorder, but it is necessary to reach order. In the origin of life, it was necessary a long time to generate the prebiotic soup (time make it possible) but the formation of the first cell had to be instantaneous otherwise disorder would triumph (time would make it impossible). Each new living being has to fight against the arrow of time, without knowing that because the tyranny of time it will always loose this battle. The only way of overcoming the tyranny of time is to reproduce and set the life timer to zero.

And then again, I am both fascinated and confused. How did life start? Can physics alone explain where we came from, how we arrived, and why our world has evolved past the point of unicellular organisms to an extremely complex biosphere? Can we find the origin of life by reasoning from the elementary particles, via atoms and molecules, to even larger structures such as living cells that in turn evolve into complex life forms. Is the evolution of life describable by any physics-like laws? Do we have to go beyond what the laws of physics can explain; the progression from a complex chemical environment to molecular reproduction, metabolism and to early protocells, and further evolution to what we recognize as life. Among the estimated one hundred billion solar systems in the known universe, evolving life is likely to be abundant (?). That evolution is a process of becoming in each case.

Most atoms are simple, so all their possible states can exist over a reasonable period of time. Once they start interacting to form molecules, the number of possible states becomes massive. Only a tiny number of proteins that are modestly complex — say, 200 amino acids long — have emerged over the entire history of the Universe. Generating all 20200 of the possibilities would take aeons. Given such limitations, how does what does exist ever come into being?

Living systems are defined by the concept of organization, autocatalytic sets, -networks of chemical reactions-, in which each reaction step drives yet another reaction step, creating a cycle of reactions that consume energy and can perform ‘work’. This whole adheres neatly to the basic physical principles. The crux lies in the unpredictability of the exact structure, operation and timing of the network. Is a chemical soup of polymers sufficiently diverse, that these autocatalytic sets would emerge spontaneously as a phase transition — that is, a significant change in state or function. The sets function holistically, mutually catalyzing the formation of all their molecular members?

Cells are autopoetic systems that build themselves: they literally construct their own constraints on the release of energy into a few degrees of freedom that constitutes the very thermodynamic work by which they build their own self creating constraints.
Living cells are machines that construct and assemble their own working parts. The emergence of such systems -the origin of life problem- was probably a spontaneous phase transition to self-reproduction in complex enough prebiotic systems. The resulting protocells were capable of Darwin’s heritable variation, hence open-ended evolution by natural selection. Evolution propagates this burgeoning organization. Although the cell is the basic structural, functional, and biological unit of all known organisms intracellular RNA and DNA molecules are only genetic information carriers. Additionally, any RNA and DNA molecules exterior to a cell are only information carriers and are not considered animate matter or life carriers.

Although the biological structures of a living being are subject to physical laws; although an organism is an open system and must rely on its environment to complete a closed system, and it follows the second law of thermodynamics via exchanges of information (negentropy) and mass and energy, life, information, and consciousness are biological phenomena.  Life, information, and consciousness can be identified as a unique set of biological phenomena that are common to only and all living beings. These three distinct phenomena always occur together in a whole pattern, and matter is viewed as the carrier of these phenomena. Each of these three entities has its own properties, physiological behaviors, and physiological functions, but they only appear together as a whole in a living being. That is, the biotic phenomena of life, information, and consciousness cannot exist individually in an organism; they are indivisibly linked and this is reflected in an organism’s biological behavior as a result of the interaction of its internal environment with its external environment. Evolving living creatures, by existing, create new niches into which yet further new creatures can emerge.

Advances in physics, biology, ecology, neuroscience and complexity theory are now offering a systems view of life. Society is beginning to catch up and most of the leading-edge initiatives to promote the transition towards regenerative cultures are informed by this systemic understanding of living systems and our intimate relationship with them.

If life is abundant in the universe, this self-constructing, propagating, exploding diversity takes us beyond physics to biospheres everywhere.

It is great to be confused, overwhelmed.