Urban resilience is to face the paradox of fluidity and stability 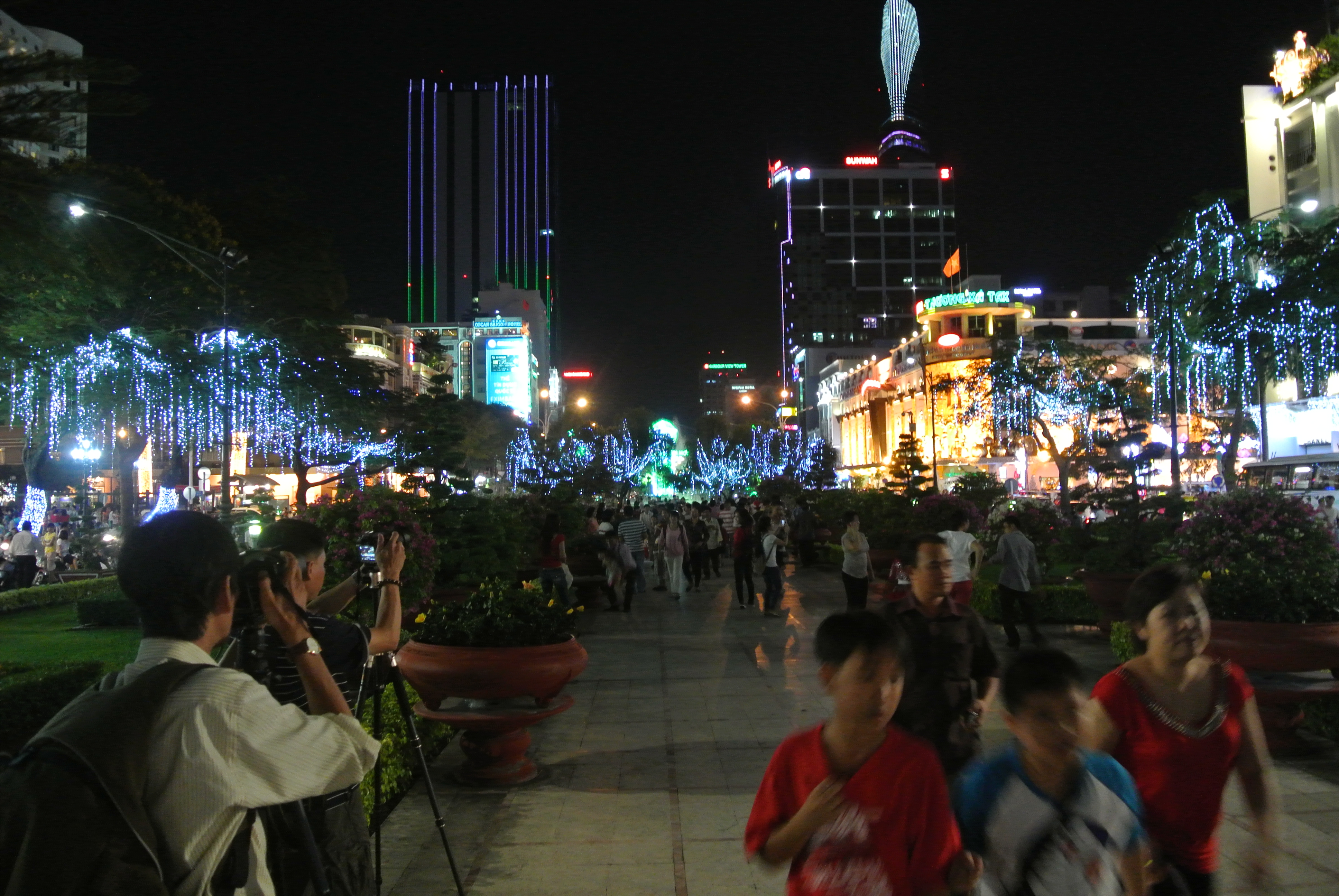 Within urban transitions there is far more fluidity in relationships where the knowledge is flowing within, across and between organizations, people, economics. The boundaries are blurring, that increasing fuzziness needs shifting our style of decision-making and solution finding. Urban development closely resembles the recent past, relying on existing models to determine appropriate actions and investments is rational. Struggling with the dominant linear logic constrains innovation, restricts to provide radically different urban transition and limits our abilities to change fast enough. Creating that nagging feeling of relentless destruction or disturbance, the very opposite of the stable equilibrium of the past. Cities that become capable of managing the constant change and disequilibrium will thrive.

Urbanization is a complex phenomenon, and the formation of global interdependencies has been accelerating over recent decades. At the same time, the emerging global market has started to significantly shape the development and dynamics of urbanization processes worldwide. Urbanization processes are nested within a global dynamic deeply influenced by networks of resource and commodity flows, highlighting the spatially related resilience trade-offs, building on the assumption that addressing resilience at one scale alone may lead to an erosion of adaptive capacities at another.

As functional nodes of these global networks, cities represent strategic management hot spots, where large-scale resource exchanges occur, and where global commodity chains and world city networks meet. The impacts and influences of such nodes over faraway territories is conceptualized as ‘teleconnection’. At the same time, there are mixed vulnerabilities and opportunities associated with rapid globalization and urbanization processes. Certain inherent capacities might be eroded, social vulnerability may increase, for example with the growth of informal settlements and slums. However, there also could be opportunities for adaptation and increasing resilience. Certain shocks and situations can create opportunities for communities to leverage globalization in favor of increasing adaptive capacity. The challenge will be for trade-offs between resources, and resilience across scales, to be well understood.

So our urban world is becoming far more digital, fluid and fast, absorbing and responding at faster rates and adapting to a constant, multifaceted world of connections, systems and knowledge that need piecing together, un-stitching and re-stiching to combine up into different ‘wholes’ and needs to solve specific issues and challenges. From a complex system perspective, four main changes have enabled this to occur:

The goal of becoming a resilient city has been crucial for climate-proofing cities, yet arose before the concept of resilience was translated from diverse disciplines into a coherent framework for urban systems in the scientific context. The concept of resilience has undergone a gradual sprawl and a simplification in both its meaning and its application. This has happened because of the lack of research and a poor understanding of how to operationalize the metaphor of resilience in the particular context of cities. Both factors have weakened the potential of the concept of urban resilience.

However, a social–ecological understanding of resilience emphasizes another perspective as well. In addition to the idea of specific resilience, it considers the generic and emerging properties of complex adaptive systems, which are capable of adapting, transforming and learning while navigating unpredictable evolution trajectories. From this point of view, urban resilience is far from being merely the flipside of vulnerability, and should not be addressed solely from the climate-proofing point of view but rather in the context of broader sustainable development, where adaptation and transformation of complex systems play an important role.

The first challenge is related to the resilience of urban structure and provided services. There is a need to accommodate an increasing urban population while at the same time providing a safe built environment in the face of both foreseen and unexpected impacts of climate change and natural hazards. The resilience perspective related to this challenge needs to be rooted in spatial planning (for more resilient and secure infrastructure networks), and within policies and legal frameworks aimed at the reduction of specific vulnerabilities, especially those experienced by the urban poor living in high-risk areas.

The second challenge, related to urban metabolism, concerns inefficient and unsustainable resource use, both in cities – as a consequence of consumption rates and the generation of waste/pollution – and at the planetary level, as driven by cities, because of teleconnections.. Addressing this challenge of urban metabolism requires a resilience perspective related to the long-term socio-technical transition toward sustainability (involving technologies, innovation, development patterns of production and consumption chains), along with social, political and behavioral changes.

The third challenge relates to the social aspects embedded within urban dynamics. Over the past three decades, globalization has indirectly caused an increase in social stratification, conflict and the inequitable distribution of resources. Some of the most evident social impacts of urbanization globally emerge in the slums of rapidly urbanizing cities, specifically around the social vulnerability of different groups. Financial and global markets shape the dynamics of growing and shrinking cities, with direct consequences for both people’s well-being and local development potential. This challenge requires resilience to foster short circuit economies as local responses to external stresses. It also requires, from a social justice perspective, the empowerment of vulnerable groups so that they can manage the necessary transition and innovation for sustainability.

Responding requires an integrated framework for urban resilience that incorporates sustainability, and deals with cross-scale implications (trade-offs) among systems, capacities, vulnerabilities, time periods and the importance of considering slow variables in urban regimes, the multi-scalar dimension of cities, and the importance of harnessing innovation. The different possible long-term scenarios from this integrated framework related to any short-term decision, building resilience in social–ecological systems never fully removes vulnerabilities, but can alter the configuration of system resources and capacities, which implies a shift in space and time of system vulnerabilities. Focusing on temporal scale implications, resilience trade-offs imply that a determinate resilience approach can open or close the windows of opportunity for different patterns of development.

Resilience is to face the paradox of fluidity and stability.

There are three (partially overlapping) stages of resilience related to short-, medium- and long-term perspectives.

The first approach is the recovery perspective. Recovery is indeed mainly related to system shocks (internal or external) and rooted in the engineering resilience view (i.e. bouncing back to a normal safe state after, in this case, a flood). It should be recognized that although recovery is related to shocks, disasters and emergency, structural long-term transitions can also result from the reconstruction process.

The second approach is adaptation, understood as the processes of adjustment to actual or expected changes and its consequences, disregarding system boundaries by moving thresholds in order to make the system persist within the same regime. However, adaptation can accommodate change in very different ways, and so potentially overlap with transformative long-term processes.

A third approach is longer-term structural transitions, which refers to the alteration of fundamental attributes of the system, which will allow it to enter a new regime. Shifting adaptation toward this transition to new regimes is a critical and complex socio-political choice, and usually happens once the system is approaching dangerous thresholds.

There is the growing sense that innovation knowledge is endless, unrelenting in its flow into us, if we care to open ourselves up to it. It never stops but simply shifts from one stage to another, hopping from one idea to another, requiring us to loop back to be re-evaluated and think the implications through. Urban innovation constantly challenges against the dominant mindset within organizations, who like the idea of innovation but are mostly measured to drive efficiency and effectiveness, keeping highly

focused on the short-term performance as their role, reward, advancement and key to ongoing career success, so innovation ‘sits outside’ their domain of focus.

This system approach helps to resolve one of the consistent stumbling blocks for innovation to ‘take hold’ and evolve. Innovation is constantly fluid, needing to be adaptive as we learn and adjust to new learning and this is constantly requiring a very change orientated approach.