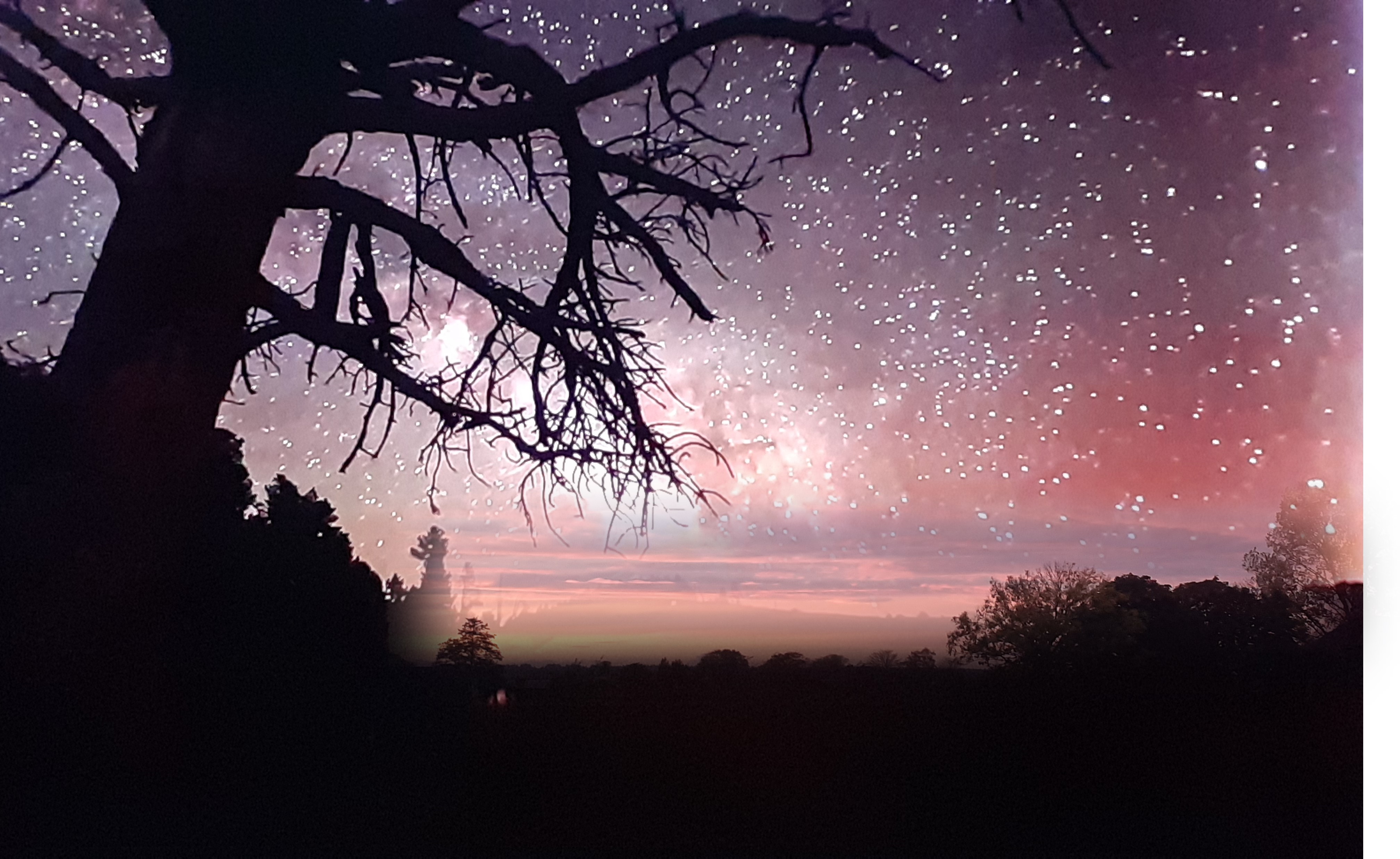 Life is really weird. Life is unlike any other phenomenon in physics. Stars, electrons, and black holes are all amazing in their own ways. Life is self-organizing chemistry which reproduces itself and passes on its evolved characteristics, encoded in DNA. In thermodynamics terms, it has the ability to reduce local entropy or disorganization, thus locally contravening the law of thermodynamics. In more biological terms; life is the  arrangement of molecules with qualities of self-sustenance and self-replication.

It’s a bit more … only life invents, and the first thing life invents is itself. Life must be described in terms of its use of information. This is because life’s capacity to create and maintain itself can only occur because it processes information.  This concept envisions spatiotemporal interactions between life and environment, and how they modify each other. The information life uses always carries a valence, a significance to the organism’s continuation. This gives life its agency and autonomy, allowing it to sense and respond to the environment. It is a systemic relationship that takes place through loops and feedback mechanisms and is measured by changes and adaptation.

This coevolution becomes a symbiotic relationship between life and environment, which evolve together as a single, self-regulating system maintaining the conditions for life on Earth. A cybernetic feedback system operated unconsciously by the biota.

The co-evolution of Earth and its organisms and ecosystems created the whole Earth system called Living Earth, which exists since 2.5 billion years, and is marked by the development of global regulations such as that of the oxygen content of the atmosphere. The Living Earth is the last of three phases, the first of which had been the Mineral Earth, which lasted until 4.0 billion years before present and was characterized by the reduction of the huge greenhouse effect of the first atmosphere, and the Cradle Earth phase from 4.0 to 2.5 billion years before present, characterized by the emergence of organisms and the onset of photosynthesis. The Earth’s overall habitability is naturally affected by large volcanic eruptions, Ice Ages, and snowball Earth episodes during which the planet was entirely or largely covered by ice during millions of years. The present overall habitability is highly affected by changed anthropogenic activity leading to the responses of large-scale processes of the Earth System -geological, biological, and anthropogenic forcing factors, the climate and biological evolution-.

These habitability boundaries can be specified with regard to atmosphere and biosphere-integrity, geo-bio-chemical flows, land-system change, freshwater use, etc., while they have been crossed as a result of human activity. One of the main drivers is excessive matter/energy throughput unlimited economic growth. In a limited world that is nihilistically producing ecological and other forms of devastation and destruction. Entwinement of human and non-human spheres and socio-natural entangled hybridization in a climate-changed world has led to what has been called a post-natural ontology of the Anthropocene.  Nature has been and is domesticated, technologized and capitalized in a way that it even cannot any longer be considered as what was used to be called ‘natural.  Instead of seeing the Anthropocene as a single hegemonic, linear narrative that is supposedly apolitical, the subsequent elaborations recognize multiple, debatable or controversial and even polemical narratives.

Under the techno-human condition, anthropogenic-induced environmental change and the domination of the Earth’s ecosystems have reached a global scope and a permanent geological time-scale societies presently cause many perturbations to the Earth System, with potential long-term effects in the future.

Contrary to biological evolution, which has influenced Earth System processes over tens to hundreds of millions of years, the current anthropogenic perturbations have timescales of at most a few hundred years, but their effects may last thousands of years. Human societies influence some of the large-scale processes of the Earth System. The scale and rate of change in both natural and human systems is accelerating.

The human expansion and its impacts are increasingly all-pervading in modes of hyper-modernist, neoliberal worldviews and its economic and socio-cultural practices. All of these activities and its impact are reaching and surpassing the boundaries of what the Earth, can cope or ‘bear’. Exploiting the planet, as a resource-pool in unsustainable ways will lead to unforeseeable repercussions, side-effects and far-reaching consequences.

Against the backdrop of our complex and dynamic trends across the world, the new geological epoch -the Anthropocene-  humans are the primary determinants for trespassing tipping elements of the Earth System. Earth as a system that cannot be characterized by linear relationships but can instead show strongly nonlinear, reinforcing feedbacks, sometimes irreversible threshold- abrupt change behavior. Tipping elements include important biomes such as the Amazon rainforest and boreal forests, major circulation systems such as the Atlantic meridional overturning circulation and large ice masses such as the Greenland ice sheet. The causal coupling between tipping elements — via changes in temperature, precipitation patterns and oceanic and atmospheric circulation — has a high potential to form cascades. These tipping cascades could provide the dynamical process that drives the transition of the Earth System from one state to another, effectively becoming a planetary- level threshold.

The Anthropocene has become an exceptionally powerful unifying concept that places climate change, biodiversity loss, pollution and other environmental issues, as well as social issues such as high consumption, growing inequalities and urbanization, within the same framework. In this  complexity and dynamics across the world, it is time to recognize and accept the Earth as a single system with its own inherent dynamics and properties at the planetary level, all of which are threatened by human- driven global change.

There are more calls for broad and deep societal transitions or transformation, including shifts in individual behavior and social norms, than for discrete policy interventions (such as a carbon cap-and-trade scheme) or singular technological innovations. Embarking on societal transitions, which encompass whole innovation systems and a wide set of path-dependent policy incentives and social norms, means governance dilemmas abound. Technological change is rapid and sometimes disruptive. Except perhaps for debates on geoengineering technologies, it has been a largely neglected boundary condition in earth system governance, but increasingly cannot be ignored. Increased automation will have implications for jobs and the labor market globally. Algorithmic systems, artificial intelligence and blockchain technology will have implications for decision-making, power and accountability at unprecedented scales. Rapid improvements of hardware such as sensors, the emergence of big data, the internet of things and distributed renewable energy capacity will have implications for resource use, impacting all parts of the biosphere.

The modern techno-industrial culture, is systematically — even enthusiastically — consuming the biophysical basis of its own existence. Humanity cannot sustain unlimited growth in a finite world, a physical law of life on Earth that we ignore at our peril.

It is clear that an earth system governance is being challenged by an increasingly complex, contested and interlinked global context. Earth system governance needs to define, account for and address existential problems and their complexity, particularly in situations where these are said to be wicked, thereby demanding a concerted consideration for trade-offs in the co-design of solutions and stretching beyond reductionist approaches. It involves constraints. And history shows we aren’t very good at constraint.

Only once this truth is understood can honest decisions be made about what kind of world humanity wishes to inhabit in the age of ecological disorder.

But life is so much more ….

The first thing we have to accept and cherish is that life is a constant process of becoming, through creating values and meaning. Life is therefore perpetual transcendence, always moving into the future, creating the present. Life is also acceptance: the acceptance of finitude; acceptance of one’s responsibilities; acceptance of other human and non-human beings’ existence and choices. Life is neither fixed nor absolute, it is ambiguous; life is the possibilities entailed by existence. Human life is being consciousness of our humanity and nature; it is perception of the world and the universe. But life is also sadness, suffering and destruction. But life is also happiness; life is living. Life is joy and creativity. Life is finding a cause to survive, a reason not to die – not yet. It is youth and old age, with everything in between. Overall, life is beautiful – ugliness is fleeting. Human life is love and hate, but it can only be life when we are with others. Life as fear and hatred is not real life at all.